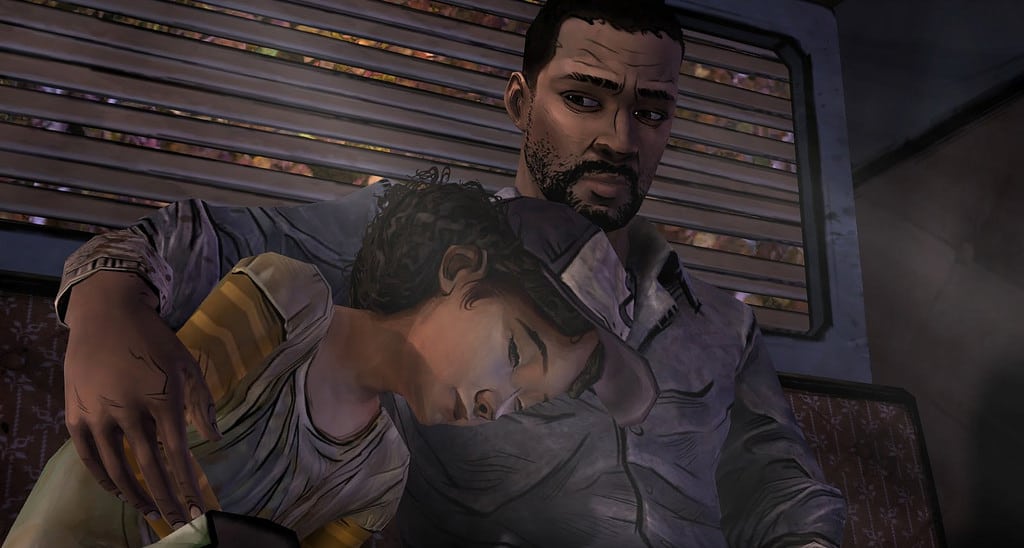 Replayability and the illusion of choice: the Telltale paradox

Once industry darlings for a refreshed approach to narrative storytelling, Telltale games, who now dominate a niche they arguably carved out themselves, have found themselves at somewhat of an impasse in recent years with their genre competitors, Quantic Dream and Supermassive games, perhaps now more in vogue.

Increasingly, fans have become aware of and much more vocal about how superficial the choices in Telltale games are. The contention is that no matter what dialogue options you choose or path you take, gameplay will travel along the same path with only a few minor differences.

It’s a problem that is both technically and narratively motivated. From a narrative point of view, complete freedom of choice could well come at the expense of a good story with enough action to keep you entertained. At the end of the day, developers like Telltale want you to end up in that emotive final scene or put you in an end scenario in which you have to make a hard choice; they want to keep you central to the plot, and to encounter the key elements of it.

Perhaps the clearest example I can think of to demonstrate this is in Until Dawn, Supermassive’s cinematic horror game. Playing as Until Dawn’s deuteragonist, Mike, one long sequence takes you through an abandoned asylum. Here, you can choose how to enter, how cautious to be and what to do inside. What you cannot choose is whether you’ll end up in there full stop. There is no option to turn and head back. The developers want you the player to play the asylum scene because it is exciting and central to the plot.

The practical side of the problem is more easily understood. Here, it is a simple matter of limited resources. Games all have a limited budget, and every cutscene, dialogue line and extra day of work costs the developers money. Were every choice to create a truly branching narrative, production costs would increase exponentially, and such games as the Telltale series and Until Dawn would cease to be viable. To put it into perspective, a tree of 12 choices each with three options would create 531441 scenarios if each took the story down a new path.

It is perhaps understandable, then, that the likes of Telltale games actually take you down paths which will generally contain small variations on a central narrative, usually only offering major differences in terms of which characters are left alive and the precise nature of the ending.

Personally, I have never found this to be much of a problem. In the first playthrough, you have ludic access to one narrative path, and the illusion of choice is more than enough to supplement the outlying possibilities that you do not encounter and, indeed, would never encounter.

It is only upon replay that this becomes a major issue. In this sense, Telltale, Quantic Dream and co. have probably made a rod for their own backs. Branching narratives at once ask you to believe that every choice is truly consequential, but in making you believe, by logical extension, that alternatives exist, they instill a desire to replay the game and discover these possibilities.

At this point, the practical and narrative limitations of a branching game start to undermine its very premise. This is compounded further by the fact that a number of such games are marketed as being replayable, further encouraging players to feel out the limitations of the genre.

Replaying narrative branches also erodes the very value of choice-making in the first place. What makes narrative branches so immediately appealing is their proximity to real life as opposed to the usually fail-safe environment of video games. Again, this is undermined by replaying as you can not play events in real life (as much as we’ve all wished to on numerous occasions) and doing so chips away at the perceived gravity of seemingly important in-game decisions.

This has become highly problematic for the genre. In actual fact, Telltale games and their ilk have evolved to have more choices over their lifespan as a greater audience has meant that more resources are available to developers. However, perception is going the other way, and games are increasingly criticised for giving you choices that are inconsequential and do not meaningfully impact the story. This is a problem given rise to by user trial and error, and trial and error is only available via replaying.

Almost every game requires a level of suspension of disbelief, from more obvious cases like epic fantasy to everyday oversights like accepting the superhuman finger strength of Nathan Drake or Ezio Auditore.

‘Choose your own story’ games are much the same, except the cognitive leap you must willingly make is one concerning the metanarrative rather than the narrative. In order to embrace such games as proximal to real life, it is necessary to engage with them as such: one chance, no replays, and sustained by the illusion of choice rather than the acceptance of pre-determination.