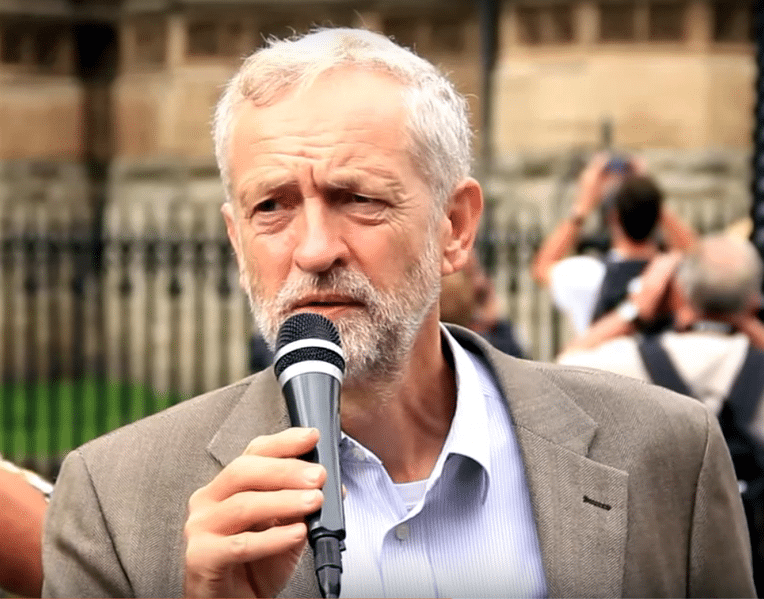 The effectiveness of Jeremy Corbyn's leadership was debated in Manchester Photo: Wikimedia Commons

The media coverage of the allegations of anti-Semitism in the Labour Party has been vitriolic and sensationalist; papers have been hopping between conclusions like gleeful centrist froggies. Labour have not sought to deny the grievances, nor have they been restrained in their regret and apologies to those who have felt offended or alienated from the party; yet, the press has laid into them as if they were exposing some ancient conspiracy theory rotting at the heart of the newly energised left.

However, this is not borne from outrage over the penetration of prejudice into UK politics. Rather, it’s being used as another opportunity for the centre to dismiss and ridicule radicalism or populism in mainstream politics.

It goes without saying that any anti-Semitic behaviour is unacceptable, just as is a failure to enshrine this in a political group’s ethos and disciplinary measures. The Labour Party undoubtedly needs to address the allegations: whether they’re perpetrated by a few members, or part of a wider culture.

Whilst it is beyond the scope of this particular article to comment on the prevalence within Labour, it is becoming increasingly evident that over the last century, instances of anti-Semitic rhetoric have been overlooked throughout society. Arguably, it has become common to fall into the trap of assuming that the violence and tragedy of the past could never be repeated, and so any and all jokes or throwaway comments are excusable, being so distant from reality.

As misguided an attitude as this is, it applies to many manifestations of prejudice in race, religion, and gender, and it crosses party political boundaries. Whilst the whole of British politics is long overdue an inward analysis of its attitude towards minority groups, it is the Labour party, under a leadership which is uncomfortably radical for the establishment in both Whitehall and the National Media, which is most publicly shamed for allegations of intolerance. Far more so than the Tories in the wake of Michael Fallon and Damien Green’s resignations last year.

The front of The Sunday Times last weekend claimed to expose “Corbyn’s Hate Factory”. No doubt a place they think the Momentum members relax by torturing Tories after a long hard week of searching out offensive murals to condone. For something to legitimately be termed a ‘factory’ of hate, it does imply some kind of aims of producing more hate-filled individuals, or at the very least promoting propaganda. This seems an extreme charge to levy at a man, who at the most has been accused of oversight.

It is in complete contrast to the coverage of Tory politicians facing accusations of intolerance or prejudice, such as Ben Bradley who retains the title of “Tory Youth Tsar” despite claiming that reverse racism permeated British politics in response to discounted tickets for BAME groups to political conferences. When he openly supported a violent put down of the London rioters, the most accusatory headline The Times published was “Ben Bradley Backed Police Brutality”. A little softer than “Hate Factory”, despite being in response to a comment that was concretely evident of his own individual views, unlike the consulted web of allegations surrounding Labour and Corbyn.

When charges of institutional sexism were sweeping the Conservatives last year in the wake of the #MeToo campaign, Theresa May was at the most “struggling to contain the issue”; nobody was accusing May herself of being a pervert despite the presence of them in her party.

The political opposition and the mainstream media have held Corbyn to a level of accountability beyond any other political leader. Had the party faced this much scrutiny under the leadership of safely neo-liberal Tony Blair, perhaps the various tragedies of that government could have been avoided. Blair dragged the Labour Party into the centre with such style, that anyone since whose politics were even slightly left of his faced ridicule for a lack of charisma.

Think back to the Daily Mail’s 2013 spread on Ed Miliband’s father as the “Man Who Hated Britain”, a label which one might well want to own after spending too much time surrounded by those kinds of headlines. In fact, the majority of the reporting on Miliband’s campaign, from across the British press, could have been taken to a headmaster and reported as pathetic playground teasing.

Something about the image of Murdoch and his Cronies having their wrists slapped and being told “you’re not big and you’re not clever” does seem rather cathartic. Sadly, however, there doesn’t appear to be a public will strong enough to draw this line between fair criticism and bullying. At least nobody has got angry at Corbyn for the way he eats a sandwich yet.

Whilst Corbyn is a divisive figure, something which no doubt contributes to his appeal, his hotter than ‘lemon and herb’ policies shouldn’t demand any more unpleasant coverage than the rest. Any possibilities of prejudice, or the tolerance of it, within a political party deserves accurate and thorough reporting. Not Orwellian alternative realities which demonise genuine attempts to rectify the situation. If the media want to tackle issues of racism and anti-Semitism they need to get over personal vendettas and allegiances and remember how to report without an agenda.