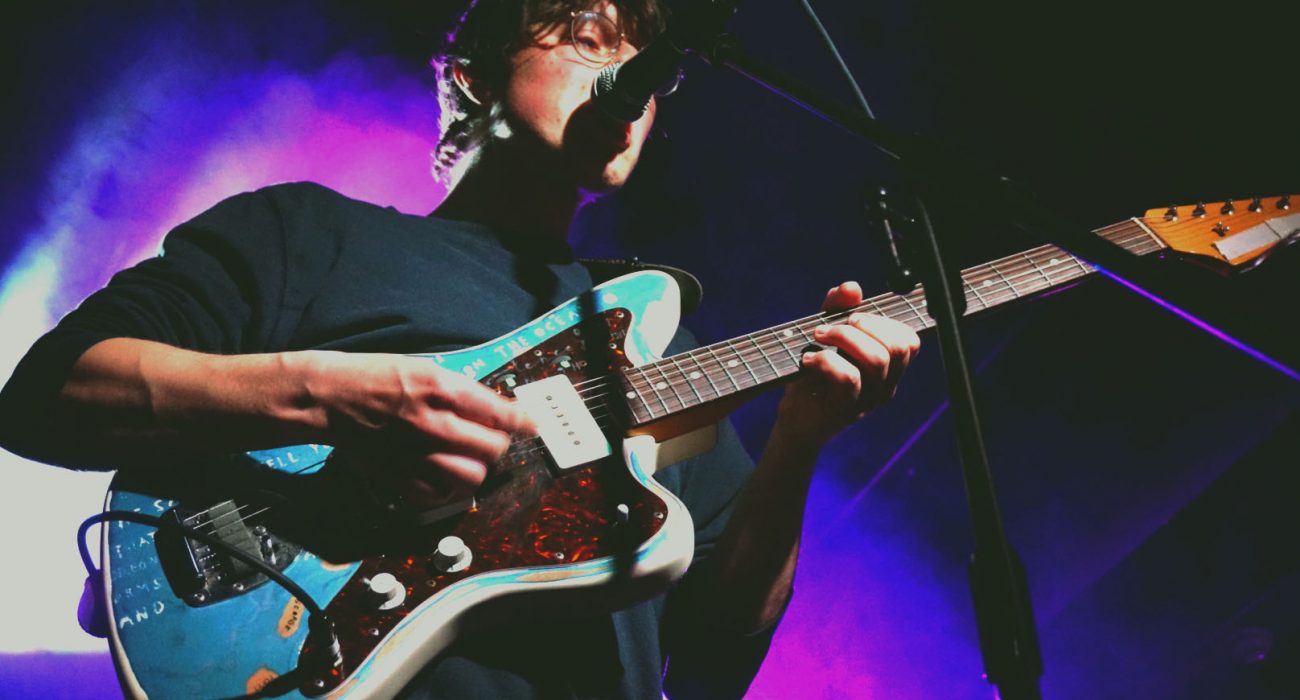 Little Comets’ music seems to bathe your soul in warmth and nostalgia. They’re an old-school indie outfit complete with nifty guitar licks, compelling lyricism, and an endearing air of modesty. They are, and have been for a while now, the most underrated indie-rock band of the 21st century.

Songs like Joanna, Bridge Burn and Adultery are entirely representative of this quintet’s ability to concoct intellectually stimulating storylines which are embellished with the most intricate guitar riffs and exquisite use of soothing synth beats. What is absolutely clear is Little Comet’s passion for writing songs that resonate in the chest whether that be in a wrapping your arms around your closest friends and belting the catchy lyrics i.e. ‘Dancing Song’ or ‘One Night in October’ or to the other extreme when they perform songs such as ‘Violence Out Tonight’ and ‘The Blur’, ‘The Line’ and’ The Thickest of Onions’.

Tonight, the latter was undoubtedly their best performance. With a deep sea blue wash lighting up the minimal yet very typical Comet’s set-up, complete with the distinctive hand-writing of the members decorating each instrument and piece of equipment in sight. This raw and pure image Little Comets exhibited whilst presenting the meaningful and moving lyrics that The Blur possesses really drove home just how important this band regard darker issues such as sexual violence, and how they utilise their platform as musicians to help educate their audience.

Having seen Little Comets for the first time 6 years ago and seen them three times since I can’t understand why they are not gaining the attention they deserve. They’ve always been a band I return to, religiously. Songs such as Isles and A Little Opus have quite literally framed my childhood, right from when I saw them perform at my local festival ‘Party in the Park’ in Leeds. Despite it being clear that Little Comets have acquired a very loyal and loving fan base I can’t help but feel frustrated that for some unbeknown reason, they have not reached the audience they are more than worthy of.

Performances like the one Little Comets showcased to the sold-out Manchester Club Academy really captures just how incredibly talented this hidden-gem of a band is. The crowd held onto every note they played and at times even sang louder than Vocalist Rob could ever match, illustrating the sheer passion that many fans possess within their hearts for the tunes Little Comets have written. With hypnotic guitar riffs and lyrics that continuously make you question your own positionality, Little Comets deserve far more attention than what the music industry gives them.