A new website, microtransaction.zone, has been launched with the sole purpose of informing prospective buyers on a range of practices considered anti-consumerist, including — as one might expect — microtransactions, but also ranging from loot boxes to pay-to-win and even a category called ‘horse armour DLC’ — which is defined as “some cheap, minor DLC.”

In their mission statement, creators Taylor Bartman and Jake Sulyvahn explained that they felt “big-budget video games in 2018 are a hellscape of microtransactions, loot boxes, cosmetic DLC, and subscription fees,” and that they wanted to build a site that would “catalog games based on what kind of real-money transactions they contain.”

The site is essentially intended as a user-friendly one-stop resource for the ever-increasing body of the global games audience who are becoming increasingly concerned about the creeping monetization of video games as a whole.

Each game in microtransaction.zone’s database is ranked on 8 categories. Each category is represented by a badge which is coloured purple if the game in question contains a given feature. If a game contains none, it achieves a ninth badge: the ‘spotless’ badge – described on the website as, “you buy the game, you own the game. Full stop.” Full information on the categories can be found here. 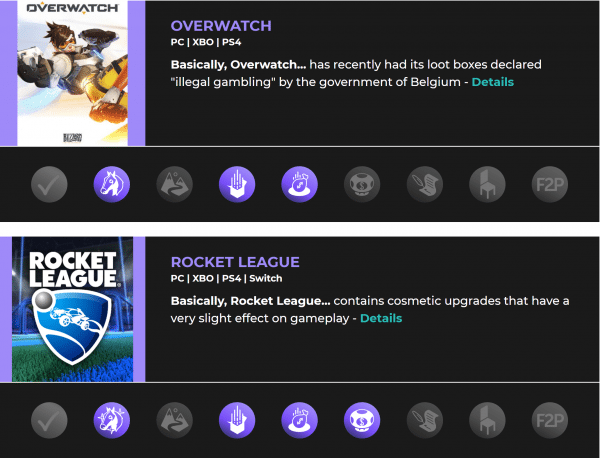 In many ways, it is unsurprising that this kind of service has popped up. The gaming community has become increasingly vocal in its resentment of flagrant financial demands from major publishers, with this attitude reaching its indignant climax following the fallout of EA’s mismanagement of Star Wars: Battlefront II.

However, it is also clear that the site is mainly made in response to ‘AAA’ monetisation tactics and, as such, its binary category system is perhaps most effective in relation to premium-priced games.

Indeed, some games with jaw-droppingly reasonable monetization models like the free-to-play Fortnite or Team Fortress 2, look, at first glance, like they may be distinctly anti-consumer as they flag up a number of issues that, whilst considered unreasonable in games that cost a considerable amount at the outset, are necessary for games that cost nothing up front.

To counterbalance this, the site provides an explanation of each game’s monetization tactics in more detail.

Perhaps understandably, it is also unable to provide information on upcoming games.

Nonetheless, for gamers that want a one-off purchase that will not make any further demands on your wallet, or that want to ‘vote with their wallet’ in defiance of in-game purchases, microtransaction.zone will doubtless prove an invaluable resource. 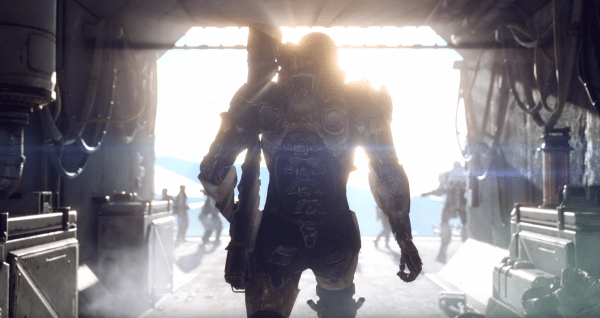 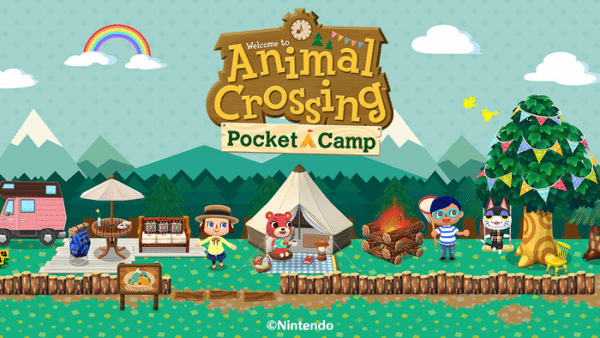