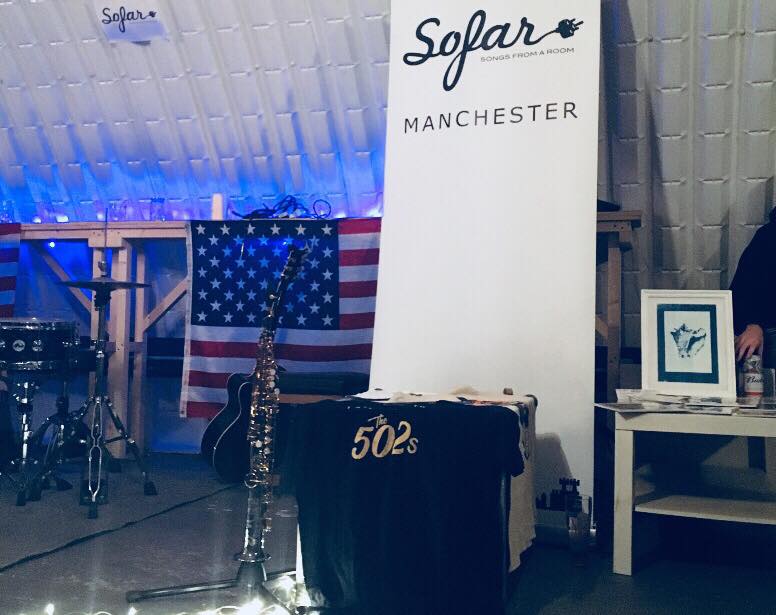 There are a few things one will probably only find at a Sofar gig. Firstly, there are rules. Rule number one: no talking when the acts are on. Rule number two: mobile phones must be put on silent mode. Whilst this may seem like a fairly militant approach to a music event, there is good reason for it. You will not find a single microphone in sight inside the intimate venue.

Secondly, the evening is hosted by a Sofar staff member, who introduces each act and emanates true passion for what they are doing. Launched in 2009 and now entertaining 411 cities across the globe, Sofar Sounds was created with the idea of pure music appreciation in mind. No disturbances interrupting the performers’ playing, no indifference to what’s on stage, and no distance, physical or otherwise, between artist and audience. And the most interesting aspect of Sofar’s events? Attendees are given no clue as to who will be playing until they arrive.

For an additional atypical twist, tonight’s show takes place in a baseball batting range that also happens to vaguely resemble a large Anderson shelter. With the lights dimmed, if it wasn’t for the uplifting, excited atmosphere that lingers in the air, you might have felt like you were in one, too.

First to grace the stage, or rather the section of the floor cordoned off with a string of fairy lights, is Australian singer-songwriter Jack Carty, whose soothing ballads are accompanied with funny anecdotes of their formation and his time spent in Manchester that perhaps only an environment like this could allow. His full discography is more varied than his short selection tonight, choosing to go with the more emotional end of his song spectrum, taken majoritarily from his latest LP Hospital Hill.

Frankie Knight, along with her percussion duo, demands an equally chill combination of tunes, but this time with a dash of synth. “Usually I play with a lot more buttons, so if you could just imagine those synth sounds going on” she requests mid-set. Perhaps a big ask to a crowd who most likely have not heard her songs before, but the more she plays the more you can indeed conceptualise the percussion and drawn out notes that might feature over the released versions of her tracks. As her last song rings through the room, a train travels over the Green Quarter building, making noise that that she wittily suggests could be one of said sounds.

This occurrence is not the only hint that maybe the venue is not the best for music. During a pause in between songs of his own set, Bernhard Eder, performing solo with just an acoustic guitar and a shaker strapped to his left foot, asks if the drinks fridge can be turned off to end its echoing hums drowning his own. The bar staff insist that this is not possible.

Eder, hailing all the way from Austria, admits to being extremely nervous to be playing in such a compact setting but soon seems to relax, even inviting audience participation on a couple of his more upbeat songs. The cheery host of tonight’s gig introduces Eder as citing Radiohead as one of his influences, and this is clearly evident in his slower ones. A surprise collaboration, reportedly a first for Manchester’s Sofar branch, evolves when The 502s drummer Sean joins him on stage for a song, having just met backstage (the side of the room with the batting cages) this very evening.

A complete change in pace, performance, and volume closes the night. Orlando’s The 502s bringing their strand of self-proclaimed “raucous indie folk” to the stage, complete with five members and even soprano saxophone. The southern States can be heard subtly through their music, with twanged-vocals and bluesy tones weaved into their sound, barking back to classic Louisiana jazz troops, but presented in their own modern, folky style. In a demonstration of their talent, the quintet perform one of their songs with just a guitar and perfectly harmonised vocals, before launching back into the party spirit of their ‘raucousness’. 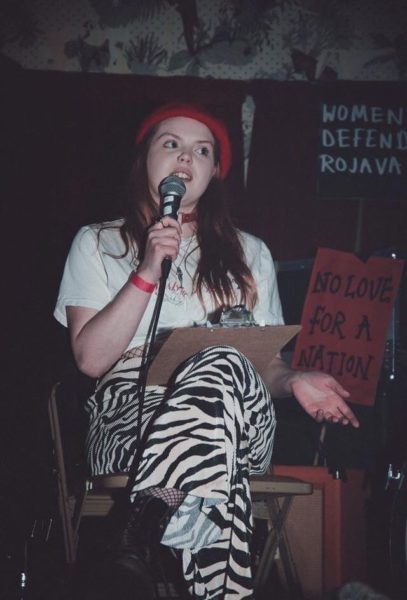