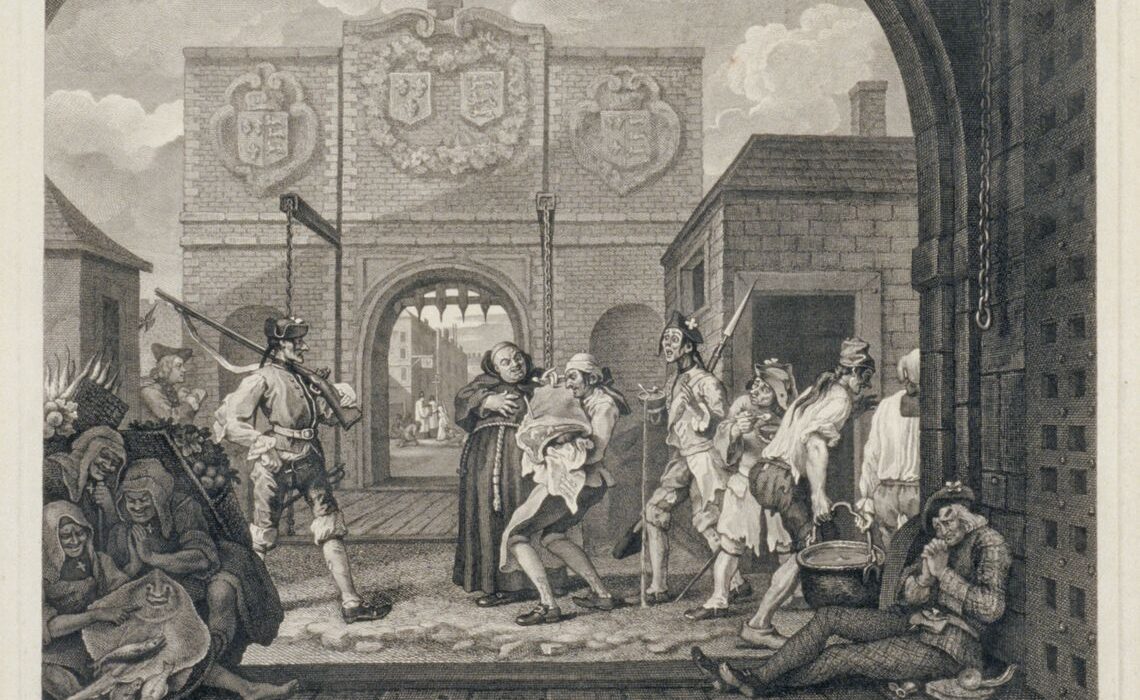 Photo: The Whitworth, The University of Manchester

Prints of Darkness: Goya and Hogarth in a Time of European Turmoil

The art of previous centuries, however dusty and irrelevant it may seem, provokes us to face our current situation with new clarity. Or so says an exhibition at the Whitworth, exhibiting the prints of Francesco José de Goya Lucientes (1746-1828) and William Hogarth (1697-1764) together at the same time for the first time.

The mass-market, cartoon-like nature of these hundred prints, selected from the collections of the Whitworth and the Manchester Art Gallery, addresses and satirizes the ills of their contemporary worlds. It would seem the darkness of one age can morph into the darkness of others.

On viewing this exhibition, it becomes clear how elements of modern British society reflect a time when the likes of Hogarth and Goya endured periods of continental warfare with France and all the misery of early modern society. Class, war, marriage, poverty, prejudice and desire are all expressed with a biting mordancy.

Two spacious rooms on the ground floor of the Whitworth accomodate the neatly-arranged, almost identically-sized wooden frames, which were curated with the help of the Whitworth Young Contemporaries.

From an impoverished youth in London to a successful business career as an artist and social critic, Hogarth left a profound impression upon British art and the history of satirical cartoons. Indeed, the term ‘Hogarthian’ is used to describe droll, sardonic satirisations of the human condition.

Hogarth’s time was one overshadowed by warfare with France and xenophobia: indeed, Hogarth was a self-proclaimed Francophobe despite being a frequent visitor to the country. On display at the Whitworth is The Gate of Calais, a piece in which he depicted the famous Gates, defacing them with the English coat of arms. This politically-charged work only led to his arrest and eventual deportation back to England. This, for many people, is reminiscent of the conflicted English psyche in the run-up to Brexit, making this exhibition poignantly timely.

Like Hogarth, Goya was an observer to some of the darkest moments of his era, and is considered one of Spain’s greatest painters. Goya’s striking prints in his The Disasters of War series document the horrors of the Napoleonic wars with France. The issues of his time resonate across the centuries, with provocative titles such as Truth has Died. Other prints from the exhibited Los Caprichos series explore, in his words, “the innumerable foibles and follies to be found in any civilized society.”

The exhibition truly captures the troubled zeitgeists of several eras. Most striking is its invitation to the viewer to confront the insidious darkness that hangs over our time.