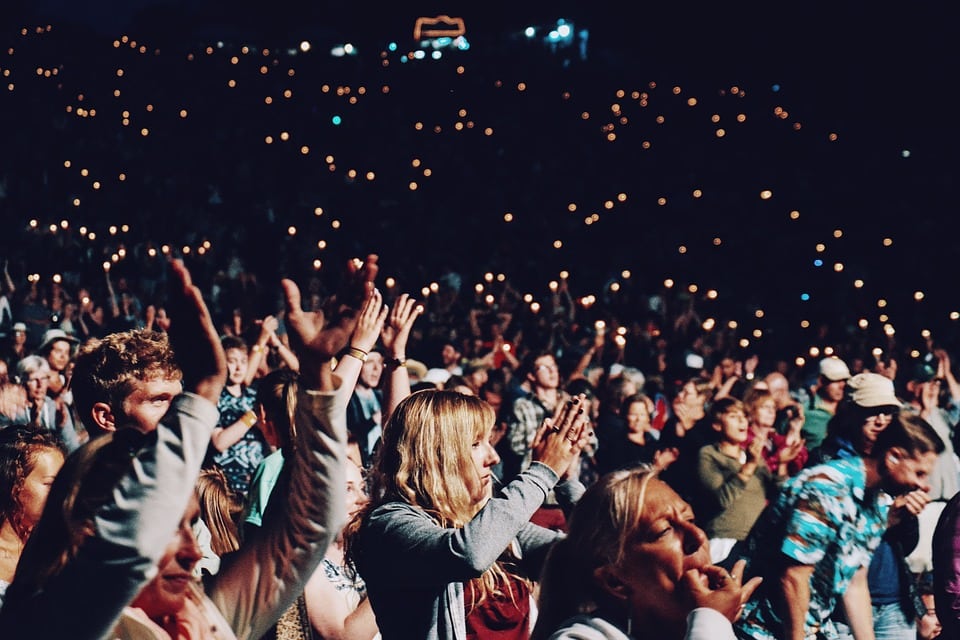 The motion was voted through with a two-thirds majority on Thursday 27th September. It quickly drew national media coverage, as well as a series of Twitter attacks from Good Morning Britain co-host Piers Morgan.

The language in the original policy, proposed to Senate by Liberation & Access Exec Officer Sara Khan, resolved: “to swap audible clapping out for BSL clapping at SU events in order to make them more accessible”, and secondly, “to encourage student groups and societies to do the same, and to include BSL clapping as a part of inclusion training.”

However, the SU have since clarified in a new official statement that they “are not banning audible clapping” and that the policy resolves to “encourage British Sign Language (BSL) clapping during our democratic events only.

The Students’ Union holds a huge number of events, including gigs, theatre productions and sport. This policy has no bearing on those events which make up the majority of a packed calendar at the SU.” 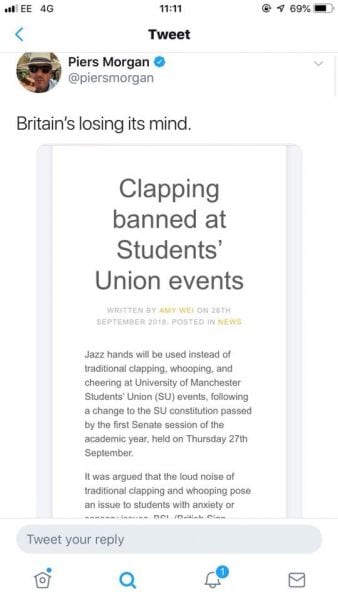 The SU also states that, despite the loud and public backlash the policy earned: “we also received many positive responses from disabled students (some of whom who were deaf or autistic), who were delighted to feel more included in our democratic process. Some of them will be coming for the first time, thanks to this policy.

“Silent clapping was first introduced in Ancient Greece, with people waving their handkerchiefs. This way of silent clapping has been used over the years at many events, from Beethoven’s concerts to a variety of sports games. It is rarer to see people carrying handkerchiefs in their pockets since the 19th century.

“This change in society has led to BSL clapping (where individuals twist their hands), which was first seen in 1985, in France at the French Deaf People’s National Convention. This way of cheering was then also used in the UK at several events and more recently during NUS Conferences and Sisters Uncut’s meetings.

“Our aim is to be as inclusive as possible; we welcome everyone to be involved in our decision making processes. If you have any innovative ideas to make our democratic events even more inclusive, we encourage diverse voices to contact us, we will be more than happy to have a chat with you and improve our services.”

The next Senate session on Thursday, 8th November. All members of the University of Manchester Students’ Union are welcome to attend.