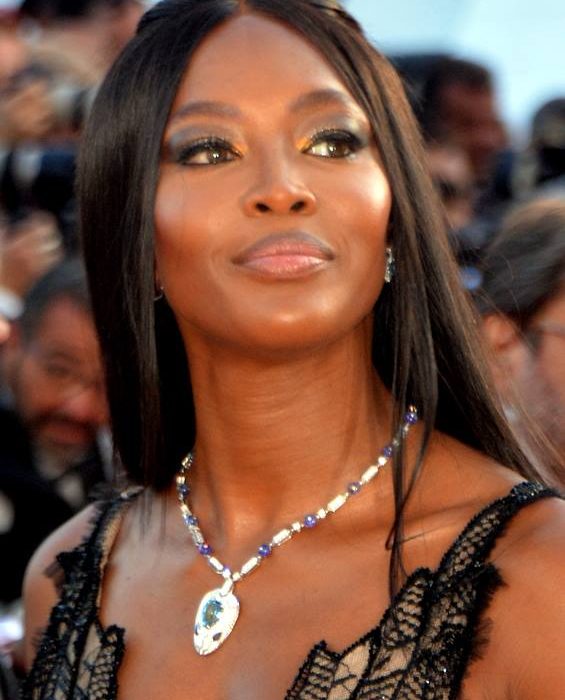 It is sometimes said that those who have been in the field the longest have the most to offer, and that could certainly be argued to be true for veteran supermodel Naomi Campbell. Her years of catwalk shows and public exposure have given her confidence and influence with which she has done extraordinary things. Particularly noteworthy this year were her runway show in support of #TimesUp, and the tangible appreciation she got from GQ Magazine in September, when she was awarded Fashion Icon of the Year.

The aforementioned catwalk show was not hosted by Miss Campbell for the first time this year— she is a recurring feature of the show, but this year’s production stood out because of the tone and the political climate. This year called “Race To Equality”, the show on the illustrious French Riviera became another battleground for the debate over the treatment of women. It was associated with the #Time’sUp movement, which was launched earlier in the year in a response to allegations and evidence of sexual misconduct in the entertainment industry. Miss Campbell knew the world would be watching, and so took the opportunity for her iconic catwalk activism.

The show was successful for this obvious reason, as well as the diversity of the models, both ethnically and in terms of different standards of beauty. Winnie Harlow, a model afflicted with vitiligo — where dark skin does not fully cover the body — featured prominently amongst industry mainstays like Bella Hadid. It was also a site of cultural expression, with non western-centric dress appearing in multiple cases. Miss Campbell herself took to the catwalk in two different outfits, one being a Dolce and Gabbana pairing of an elegant black corset with a frenetic, street art inspired skirt that enveloped her lower half.

It could be said that she was a leading influence in the industry even when not creating, as she was very vocal about lending her support to Virgil Abloh of Off-White, when he became the new creative director for Louis Vuitton. Hers is a voice the industry needs, and her talent helps it thrive amid changing political climates and social norms. She has undoubtedly shaped the industry this year, and the recognition by GQ is well deserved.