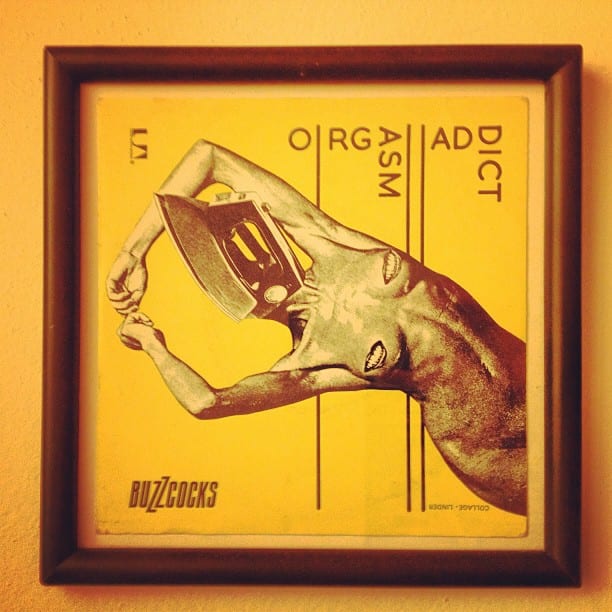 Linder was born in Liverpool and studied Art at Manchester Polytechnic in the 1970s. It was there in 1976 that she started to create her conceptual and gleefully provocative photomontage works that challenged the contemporary presentations of women in the public eye.

In a video interview with the Tate, Linder described the process behind the creation of her trademark style. Linder recounts how “[she] began to look at magazines that were around [her], at print media and advertising.” She went on to describe how she perceived a stark gender divide in magazine content: “for men it was sport, DIY, cars, and pornography”, whereas “for women it was fashion, household…”

The explicit gendering of the mass media, and implications it had on society’s perception of ‘male’ and ‘female’ roles, was a concept that Linder sought to challenge with her work. “I began to cut out from the men’s magazines and the women’s magazines” she said, and began to fit the images together as a kind of “jigsaw”.

Linder described how she payed particular attention to the portrayal of the female form as presented in men’s pornographic magazines.

The surreal works which followed this moment of experimentation are deeply intriguing. Bodies are deconstructed and recomposed to create photomontages that are both disconcerting and striking. A standout example of this is her untitled 1977 work which became the basis for the cover of the (tastefully-named) single ‘Orgasm Addict’, which was released in 1977 by the Manchester punk band, Buzzcocks.

Linder described the composition of the collage as “a really female torso with the addition of a Morphy Richards iron and two mouths.” The ironic sense of dehumanisation that the replacement of the body’s head with a heavy metal iron conveys, is blatant.

Linder has combined the two representations of women in the 1970s: the body to serve men’s sexual interests, and the housewife to serve men’s domestic interests. This torso has no identity other than that of a sexual object.

Linder’s involvement with punk rock began at the first Sex Pistols concert in Manchester, where she met the band, Buzzcocks, who asked her to create some covers upon finding out that she was an Art student. But Linder’s musical involvement didn’t end there. As well as being a good friend with Morrissey she formed her post-punk band, Ludus, in 1977 alongside guitarist Arthur Kadmon.

Linder’s work, despite being a remnant of a different era, continues to shock and challenge societal concepts of ‘femininity’. Her Frankenstein-esque creations are an important part of Manchester’s rich history of radical activism and provocative art forms, a legacy which continues today.

You can see more of Linder’s works on the Tate website: https://www.tate.org.uk/art/artists/linder-10844