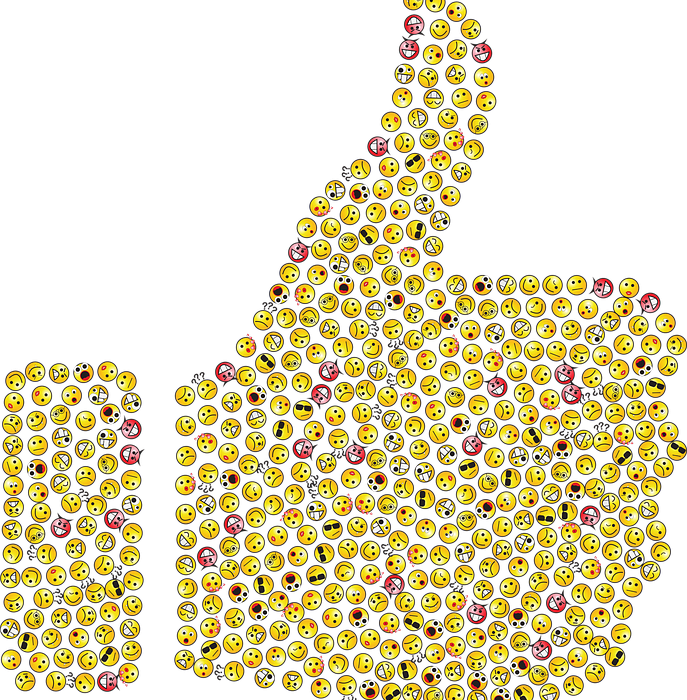 I was scrolling back through my messages the other day and I noticed that at least 40% of the words I use are not words at all, but round little yellow faces, otherwise known as emojis. As a languages student with a tendency to sit, dwell on and over-analyse the messages I receive, I found myself considering whether choosing these tiny circles over actual words from the English language was improving the clarity of my message or limiting it.

Every language has a finite number of word choices at any respective moment in time. This would suggest that the number of situations we could accurately describe is also finite. In other words, there is a potential for certain situations to exist that that could not be described with a single word but instead require a combination of words to effectively denote them. Perhaps there are even circumstances that the English language fails entirely to describe.

By increasing the options we have to describe a situation (be it through adding words or pictures to a message), we should be able to enrich the possibilities of expression and therefore improve our ability to effectively communicate.

This argument would stand in a situation where emojis were used as an addition to words. When we begin to replace words with pictures however, this takes a slightly more sinister tone for the well-being of our language. Without even entering into the debate on misinterpretation, I believe replacing words with pictures can be incredibly limiting.

Given that numerous situations might be described by the same emoji. For example all the myriad uses for the monkey with his hands over his eyes; from the retelling of an embarrassing picture to trying to revoke a poorly judged comment. Actively choosing not to use language to express ourselves works fine when we are sitting behind a screen. In real life however, when turning myself into a monkey and putting my hands over my eyes is not an option, how would I go about expressing my emotion?

It is not all technology that is inhibiting our proper use of, and enjoyment of the English language, there are many ways in which it has enriched our literary heritage. Arguably, computers and the internet facilitate more modern approaches to writing; the poem is now far less constrained to stanzas in a poetry book but can play around more with structures and typefaces. It is the phenomena of emojis, the actual act of replacing words with something more convenient, which is restricting our language.

Whatever your qualms about text language, I am certain that the increasing popularity of emojis will end up having a negative impact upon our use of the English language. Think just for a minute of the emoji you use the most and then try to put that emoji in words…