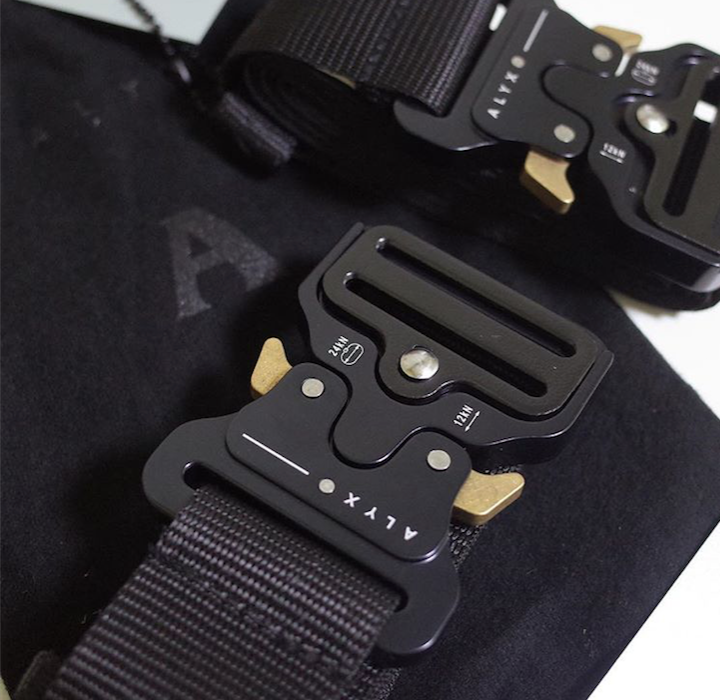 Originality and integrity is what makes Matthew Williams’ vision at ALYX so distinct. Rising to categorical industry acclaim since its start up back in 2015, and further skyrocketing to mainstream success following 1017 ALYX 9SM’s first runway show in the Paris SS19 menswear collections, ALYX has continued to navigate its own distinct path to triumph. In a heavily saturated market, ALYX has arguably reached the pinnacle of the industry very quickly, distinctly creating illustrious aesthetics from their own timeless codes of the ‘modern classic’.

For those who aren’t familiar with his work, Williams has worked within the creative industries for over a decade, being an influential aide to huge visionary figures such as Lady Gaga and Kanye West. His eye for product came into view when he was 1/3 of the momentous #BEEN #TRILL collective, founded alongside the hugely successful Virgil Abloh and Heron Preston back in the 2012, pre-Instagram era. Unlike the other members of his former collective, ALYX’s work doesn’t depend upon atypical ‘streetwear’ codes such as those that heavily feature within both Preston’s own namesake label and Abloh’s Off-white. Instead, Williams’ vision transcends the seemingly crowded ‘hype’ fashion circuit, with his success rising out of the brand’s unorthodoxy. In an age of hype marketing and logo-centric design, ALYX has become a cult success due to their completely opposing processes, instead focusing on an investment in garment technology and utter perfectionism, ensuring total longevity for their product. The ALYX brand wholly embodies a fusion between being luxurious, forward thinking and functional. Expressing how he feels emotion is heavily absent within many clothes and fashion of today, Williams makes clothes solely for the wearer and their personal experience, rather than the outside world.

ALYX’s signature feature is their rollercoaster buckle, and it is manifested across most of their product, on outerwear, premium crafted leatherwear and most recently on their Nike x AF1 collaboration. Williams’ aesthetic is a breath of fresh air, combining a distinctly underground, hybrid style, embodying features from a variety of inspirations such as Berlin’s bondage scene to his childhood codes of skating in California. Yet, the brand is continually driven and united by the functionality and craftsmanship lying at the heart of the creative process.

ALYX’s vision goes beyond the surface, being a brand that wishes to influence a much wider contemporary culture, rather than just idly producing clothing. They recently rebranded from ‘ALYX Studio’ to 1017 ALYX 9SM, referencing Williams’ birthdate and the brand’s founding studio address in NYC. The rebrand comes from a conscious move to convey the brand’s storytelling elements, and it has clearly worked, as the brand possesses an unmistakably strong identity that resonates with an incredibly diverse market.

Amongst an industry that is currently under scrutiny for its wasteful, throwaway culture, ALYX adopts a sustainable, responsible position at the centre of the brand. Williams, in an interview with GQ claimed, “I believe that there are too many clothes on this Earth. If I am going to take the responsibility of making clothing, I need to make something that deserves to exist”. Certainly what sets ALYX apart within the fashion industry is the consciousness of their collections, striving to create garments that people want in their wardrobes for decades, rather than seasons. This sustainable and controlled approach was mirrored from the outset of the brand, as Williams’ showcased the brand’s first few seasons solely though lookbooks, opting to nurture and develop ALYX’s brand identity away from the rush and pressure of the runway spectacle.

ALYX’s colossal influence hasn’t existed within a vacuum, and instead the brand has been making waves throughout the industry. Williams’ hardware has most recently skyrocketed; being featured in his most recent and well-deserved collaboration within the genius Kim Jones’s debut collection for Dior Men’s. Jones in a recent interview expressed, “I think Matt and I see beyond fashion. We have wanted to work together for a long time, and this was the perfect moment. For Dior, I wanted the most modern interpretation of the buckle, which is what Matt does best.” Kim Jones admirably calls for the retirement of the term ‘streetwear’, and being one of the leading high-profile forces that has combined such culture to luxury houses, he wholly understands the changing codes of what is desirable in the fashion industry; and as a result this collaboration makes intuitive sense. Williams hardware merges utility into luxury, and it is significant how, in an ever-present copycat culture, this collaboration is mutually beneficial to both parties. The rollercoaster buckle for Dior Men’s featured throughout both Jones’ SS19 and Pre-Fall collections, incorporating existing brand elements to form a bespoke CD buckle that was used across an array of belts, hats and leather goods.

Although frequently associated within a repertoire of ‘hype’ labels due to ALYX’s abrupt rise to success, it’s apparent how Matthew Williams’ brand stands head and shoulders above his competition in our current age, obsessed with rapid consumption. Consistently being a visionary on the pulse of innovation, William’s ALYX has taken the industry by storm by working against the grain, instead building themselves up slowly. In the midst of ever changing changing style codes where casual and luxury clothing are malleable terms, ALYX is a brand that is synonymously timeless and elegant, and is wholly deserving of such success.