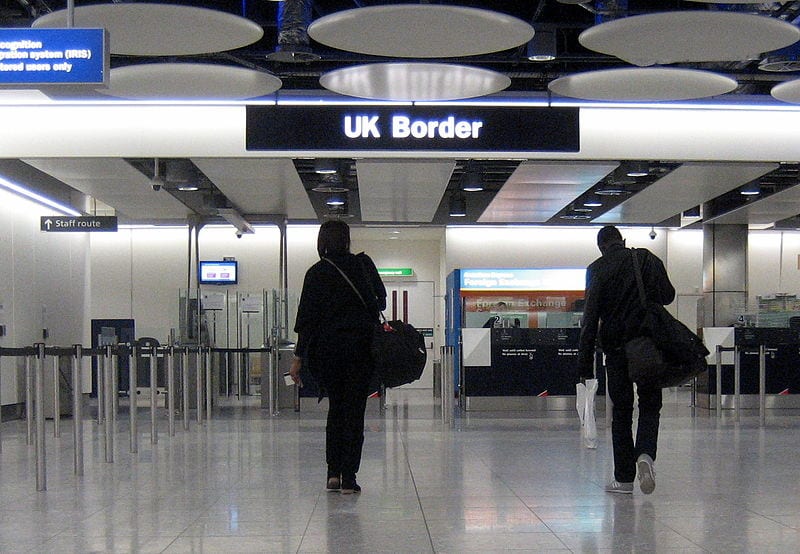 Immigration has become synonymous with a lot of things lately. From bendy bananas to terrorism, from literal invasions to cockroaches, it’s almost as if nothing is too low, too much, or too far. The rulebook has been rewritten, only in messy crayon, and as a society we have collectively accepted the dialogue around immigration to descend to standard of gutter talk that sewer rats would be ashamed of.

A combination of general anti-immigrant hysteria in the media and misused academic jargon thrown about by government officials, police forces and security services has shaken and stirred a dangerous cocktail of intellectual and emotional justification for the marginalisation of immigrants in the UK. People, human beings, are now nothing more than “security threats”, “burdens”, “leeches”, to be used as a scare quotes in newspaper headlines. This slow, menacing process of dehumanisation has been all but epitomised in the video recently making the rounds on social media of a young Syrian refugee being attacked by another student at his school.

The unfortunate truth is that this video is no misrepresentation, no one-off, but exactly the way we treat refugees and immigrants in this country. It’s not just the media constantly creating this dramatic image of some kind of swarm or invasion of people knocking on our doors, it’s not even necessarily just about the populist right wing political parties talking-sans-thinking about white genocide and a so-called ‘great replacement’, nor is it only the government enforcing their extreme, harsh cuts on legal aid and heartless deportations. It’s all of it. It comes together as some kind of horrid realisation of a busted cartoon hydrant that instead of shooting out water, shoots faecal matter right on every immigrant and asylum seeker every single day in this country.

When it comes to policy on immigrants and refugees, this Conservative government ranges from incompetent to downright insidious. Day after day after day, after day again, another headline story appears about yet another unlawful deportation – the antipathy the British establishment feels towards anything even superficially foreign is laid bare for all to see in the Windrush scandal. If British citizens, people who have lived in this country their entire lives and are by any definition British, are treated in such a repugnantly callous and illegal way, then there is no hope for the rest of us immigrants.

The truth is, in the eyes of most of the political establishment, we are nothing more than a means to an end and a way to get votes: a political football. If that means kicking us even harder to get a bigger cheer then they will; so why are we surprised when the general public follows suit? If the people in the highest rungs of government and the media, the people who shape what we are as a society are caving our skulls in with threats of deportation and constant dehumanisation, is it actually that shocking when people start to believe it?