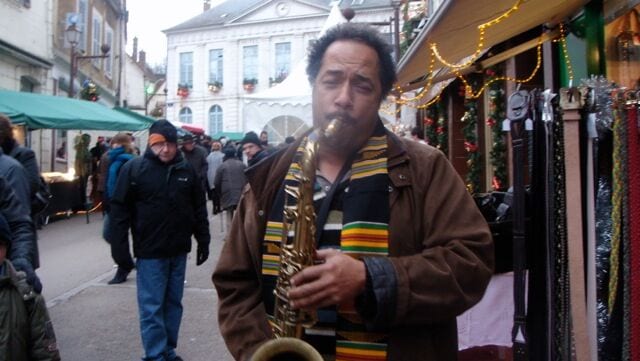 MANIFF: A Great Day in Paris

A Great Day in Paris is a documentary about jazz musicians in Paris, of which around 70 gathered in Montmartre for a commemorative photograph in 2008.

This photo came to be because of Ricky Ford, a saxophonist, who wanted to create a permanent record of their presence and community. It was heart-warming to see the footage from this day, with friends reuniting and exchanging endless hugs.

Throughout the film we come back to this scene in 2008 which centres the interviews which would otherwise not have an over-arching narrative. Each interview is unique as each musician reminisces about their own experiences, and their decision to move away from America and to Paris.

Interjecting these interviews are scenes of performances and the camera work here really captures the physicality of a musician; watching them move,  their ever-changing facial expressions with beads of sweat rolling down their faces was mesmerising  to watch. Mark Foss, husband of Michka Saäl the director of the film, mentioned that Michka wanted to give the musicians the respect they deserve, instead of side-lining their music, which was definitely achieved in this film.

This film intimately preserves individual lives of each musician and will remain to be valuable archive footage of this community.