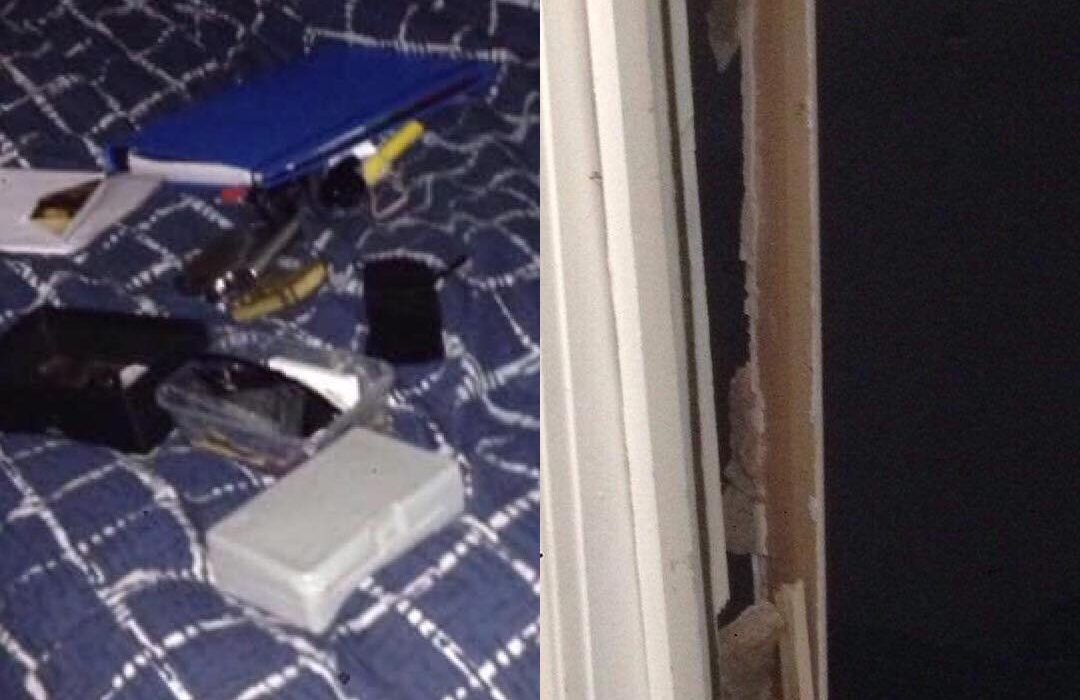 Fallowfield has been hit by a spate of overnight burglaries, with multiple students reporting that their houses have been broken into.

Students have reported break-ins on Parsonage Road and Derby Road, with at least two saying they saw men on bikes attempting to take off with goods.

Police arrived on the scene within ten minutes, checking houses and inspecting under beds to ensure no criminals remained.

It’s unclear how many homes were broken into in total as many students have returned home for Easter. However, there were at least three sightings of burglars on the prominent Fallowfield Students Group (FSG) Facebook page.

One resident said that there was somebody “climbing up walls” and “snooping” in windows on Derby Road, even though some homes had left their lights on.

Marley Sheene, a student at the University of Manchester, told The Mancunion that the door of her ten-person-house was broken down at around 3 am this morning: “I was sound asleep and heard loud banging and heavy footsteps. I was getting scared so I messaged my flat-mate to call the police. They arrived within ten minutes.”

Marley added: “They didn’t steal any computers, they seemed to be looking for small things like money and mobile phones. I don’t want to stay somewhere this unsafe because it’s scary when somebody’s walking around bashing down doors; even if they’re not going to hurt you, you just can’t be sure.”

Helena, a nursing student at the University of Manchester also had her house broken into, she said: “We were woken up by our front door being kicked through, they tried all of our room doors but they were locked, we just stayed silent. They ran out after hearing my flatmate scream.”

She added: “They didn’t take anything which seems to be the consensus of the other break-ins too. It also seems to be the same two lads by what the police are saying, my housemate saw them leave on bikes.”

Greater Manchester Police confirmed that they responded to two incidents on Derby Road and Parsonage Road last night at 12.30am and 3am respectively and confirmed enquiries are ongoing.