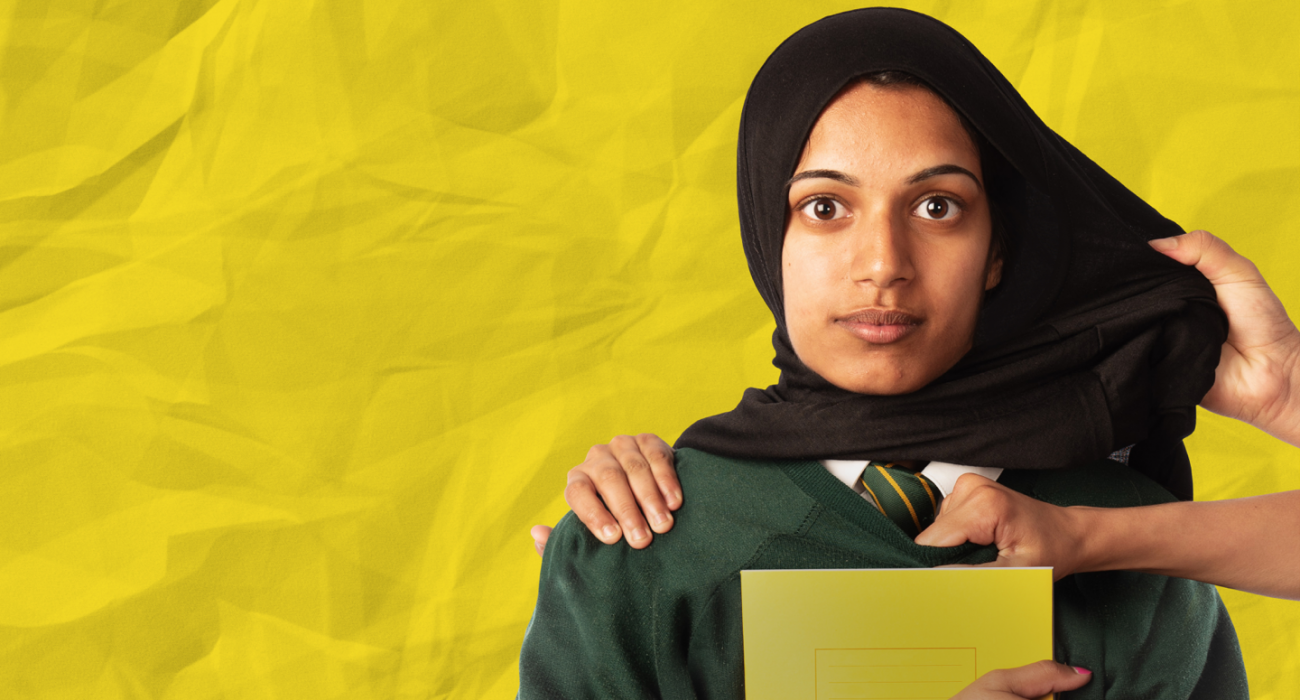 Trojan Horse is a new play based on a local story that hit the national press. ‘Hardline’ Muslim teachers and governors were accused of plotting extremism in Birmingham schools.

The play comes from multi-award winning verbatim and documentary touring theatre company, LUNG, who make theatre with, for and about communities. It was originally developed with Leeds Playhouse.

LUNG are known for never shying away from provocative subjects. Their successful production, Chilcot, was based on the government inquiry into the UK’s involvement in the Iraq war.

For Trojan Horse, LUNG have taken real-life testimonies from those at the heart of the UK Government’s inquiry to investigate what really happened.

The piece has a small cast of five actors and runs at only 75 minutes. However, the source material is 200 hours of interviews with around 90 witnesses.

The five characters are a pupil, a schoolteacher, a governor, a headteacher, and a Birmingham city council worker. The play also critically examines the role of government and Westminster in the affair.

In a nutshell, Trojan Horse tells the story of a community torn apart by racial division, “British values,” and the culture of Prevent.

The play’s writer, Helen Monks, grew up in Birmingham and revealed one of the reasons she wanted to write this play.“There’s still a lot of fear around everything […] We thought it was history. But when we went to Birmingham, it became clear very quickly that it’s ongoing and has not been resolved. People are still incredibly divided about it.”

Trojan Horse is relevant because it’s true. As previously mentioned, it is a theatrical adaptation of a true story. Furthermore, accusations of having sympathies with Islamic terrorist organisations is an everyday reality for British Muslims. And, unsurprisingly, Islamophobia has risen drastically in recent years.

In addition, it won both the Amnesty International Freedom of Expression Award and Fringe First Award in 2018.

There are many reasons to go and see this play – from its undeniable relevance to the interesting and intriguing story it is based upon.

Trojan Horse runs at the The Studio at The Lowry from 8th until 12th October, followed by a tour around the UK until 21st November.