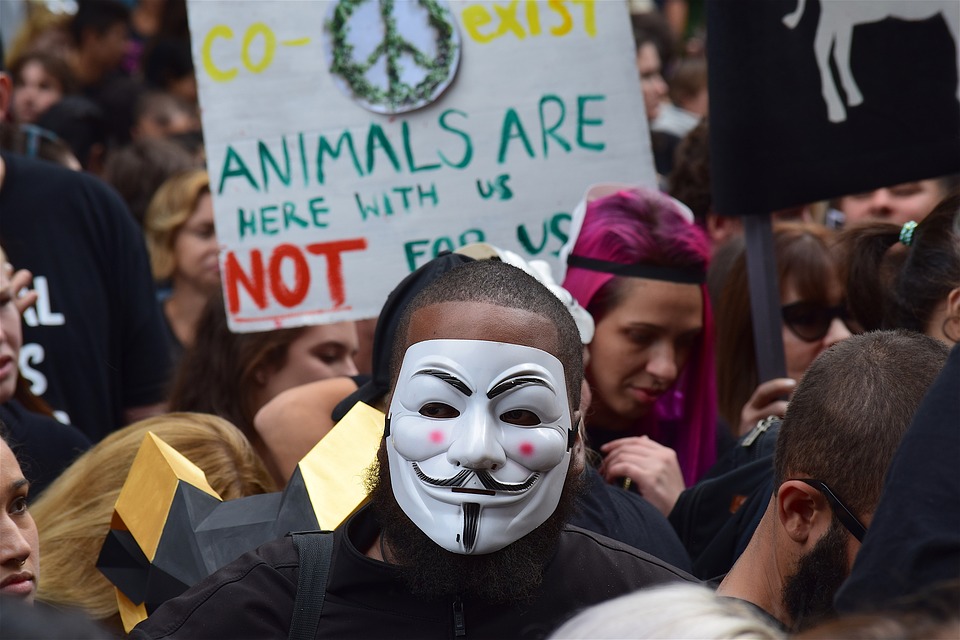 Food For Thought: the botched morality of animal consumption

Meat, eggs, dairy; humans have consumed these to survive since the dawn of the species. Domestication of livestock began roughly 10,000 years ago and since then, around the world we have continued with mass consumption of animals, but have we become blind to what the animal agriculture industry has turned into.

In the UK, it’s pretty clear we are not just surviving anymore. Gone are the days of living off a small plot of land; instead decades of industrialisation and commercialisation have enabled people to easily buy from supermarkets, with little worry about where anything comes from. With more than 66.4 million people living in Britain today, food demand is huge, and agricultural processes are unrecogniseable from their humble beginnings.

The animal agriculture industry is brutal, disturbing and frankly disgusting, the normalisation of which is even worse as 2 in 3 farmed animals in the world are now factory farmed. Most of the meat sold in UK supermarkets and chain restaurants comes from these processes. In many cases animals are inhumanely raised with no consideration of the fact they are alive: in some extreme cases chickens are starved, their beaks are cut with no anaesthetic.

But the number of people that don’t know or even think about where their food comes from is huge. Such naivete is, in my opinion, irresponsible.  Considering what a large part of our lives food is, you’d hope more thought would be put into the the consequences of our choices.

Yet slaughtering animals is deemed normal. This feels highly confusing in regard to morality. The suffering of any animal is seen as horrible, however when it comes to meat, people tend to reassure themselves of the normality of it, when in reality there is no humane way to kill an animal.

Because of this normalisation, meat is readily sold and consumed daily without a second thought. 95% of people in the UK eat meat at least once a week. This makes it hard to understand what animals in the meat and dairy industry go through, because it is often left unsaid.

Brands label meat and eggs with pictures of pastures and appealing images, painting over the suffering the animal has been through. Many people don’t know how the animal was killed or don’t seem to care about its suffering at their own expense.

Cigarettes are sold with a warning of their dangers and brand labels are now not even allowed to be shown in many shops. It seems selfish that these products, which have many risks attached to them, are marketed this way, however a product which is a murdered animal, or a product which has been made at the expense of  an animal’s suffering, has virtually no strings attached.

Yes, people still smoke, but adverts encourage quitting, alert people of the dangers and allow people to become properly informed. Why is animal agriculture different and normalised? Because it doesn’t negatively affect humans?

It seems hard to question this when it is the way many people have been raised and conditioned in this country. It seems hard to break away from animal consumption because it’s normal, because ‘everyone does it’, because it is readily available. But in the modern day UK we have a choice. Meat and dairy consumption is not a necessary dietary requirement. We live in a world where individual’s choices matter, and many have the luxury to make positive choices.

So, why would you support the exploitation and murder of animals if your morality says otherwise?

When I talk about how I feel about the meat and dairy industries, it is never to try and make others feel bad. The idea of animal rights activists and non meat eaters as preachy and obnoxious is a stereotype, and damaging to the real cause.

People should think about what their morality actually means to them, something I though about myself, and I realised I wasn’t living by what I agreed with. So why shouldn’t a change be made?