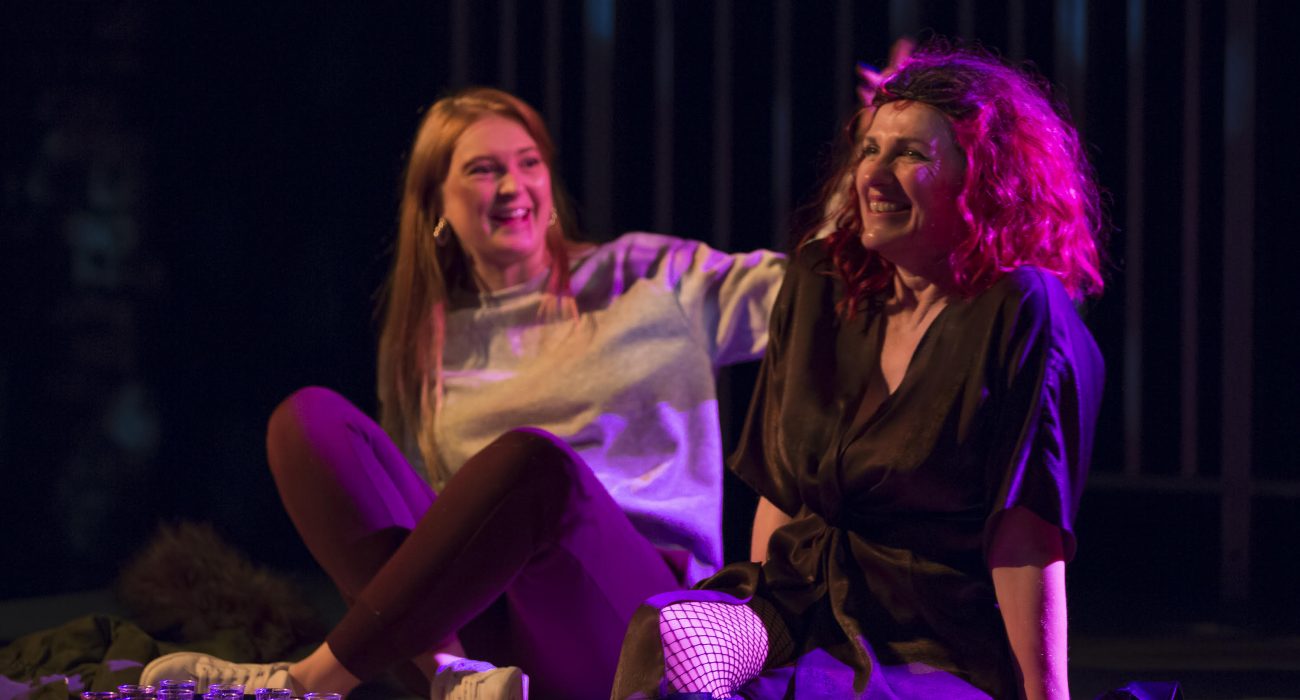 “I only want what other people have!”

Welcome to Shangri-La is a dark comedy written by the Manchester-based writer, and BAFTA-winner, Gemma Langford. It is a cleverly directed play with a cast of talented actors who perform their complex characters to perfection.

With overwhelming realism, the play tackles up important themes such as class struggles, generational difference, and psychological abuse in a way that is neither obvious nor pretentious. Langford’s writing skilfully balances gravity and comedy as it presents a nightmarish landscape of what could happen when we decide to close our eyes to complexity in our search for normality.

Shangri-La is an aggressively English Bed and Breakfast that has seen better days. Its working-class inhabitants long for a better, more ‘normal’ life, and the clean-looking gentleman who stepped through their door appeared to be the answer to their prayers, but appearances can be deceiving…

The highlight of this brilliant play was the group of talented actors. The actors all had a natural chemistry with each other. Some characters have known each other for a long time, while other characters were strangers to each other, which was well expressed in the acting. The actors did not play roles dramatically or in an over-the-top way, which emphasised the play’s realistic mood.

Instead of watching a staged play, the audience felt like they were watching real humans going about their daily lives. The actors articulated their dialogue in a normal tone and, because of their placement on the stage, the audience could hear them clearly.

The acting was engaging to watch. It was clear that they knew their characters well and stayed true to their roles throughout the play. The cast boasts a diverse group of individuals, all of whom could leave a deep impression on the viewer’s mind.

Some actors were onstage almost all the time, while others were only present during a few scenes, however, they all managed to leave an impression.

Robyn Moore was especially impressive because she managed to do multiple difficult stunts on stage (like falling down a flight of stairs) and she went through multiple drastic costume changes.

The design elements were simple and realistic. The few props used by the actors were real items and were treated as such, like ceramic plates and sandwiches. The actors wore modern costumes and had minimalistic makeup.

The stage was large, with a lot of empty spaces for the cast to move freely. The plot occurred on multiple settings, and this was achieved mainly with the acting and some simple set-design. The main setting took up most of the theatre and looked like a typical bad British hotel that most people would recognise immediately.

The lighting was well used to set the mood but was not memorable in the performance and did not draw attention to any particular element on stage. The background sound effects were timed perfectly and contributed to setting the scene.

All in all, the design elements were faultless but was unexciting on purpose. The design highlighted the characters’ desire for mundaneness.

The only shortcoming with the play is that it lacks some trigger warnings. It brings up physiological abuse and mental illness in a visceral way that can prompt recall of people’s previous traumatic experiences. Throughout the play, one male character uses gas-lighting, shame and guilt to abuse multiple female characters. In addition, some characters express homophobic and misogynist opinions, which can also be triggering for some people.

Welcome to Shangri-La is a well written and skilfully directed play that is brought to life by a group of extremely talented actors. It has wide appeal and brings up universal issues. It interrogates the human desire for “normality” and begs the question: Does such a thing even exist?

It plays at Hope Mill Theatre until 20th of February.