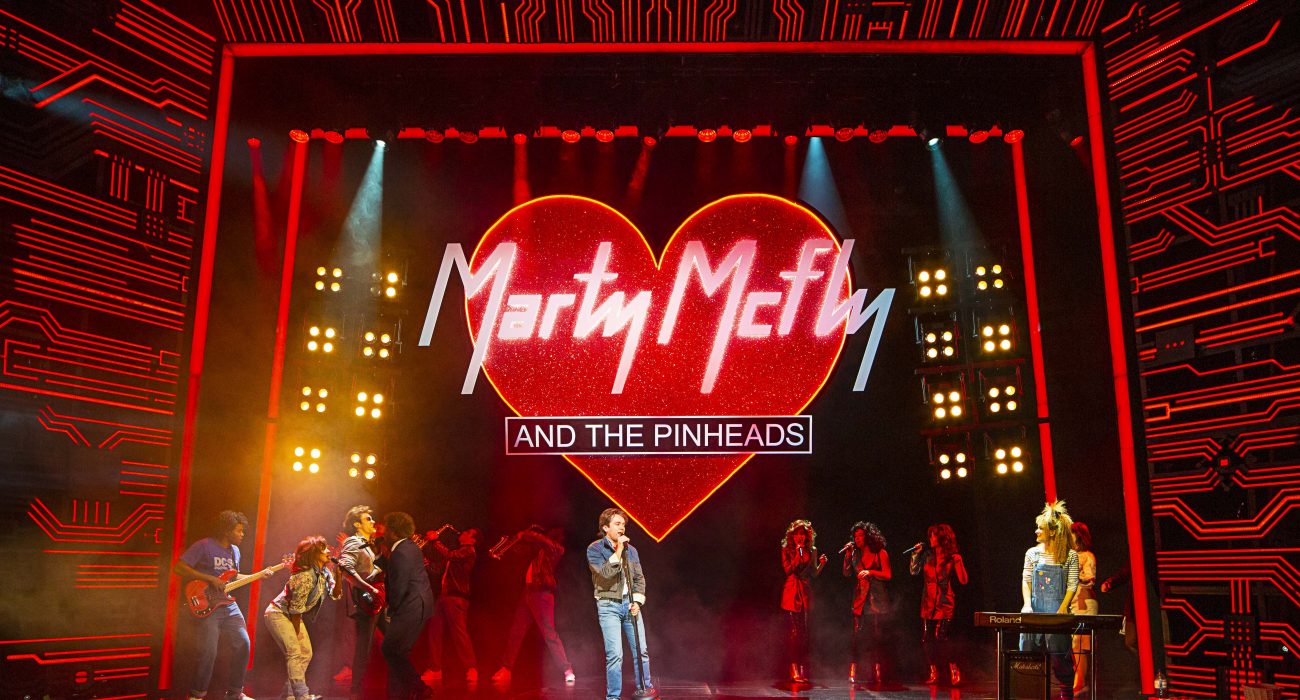 Wait A Minute… Are you telling me they made a musical… out of a pop culture phenomenon?

For those of you who did not know, Back to The Future has indeed been turned into a musical 30 years after the original was released. I know, I know, as Marty would say, “this is heavy”.

The 1985 movie is nothing short of a cultural reset, as the kids say these days, and the sole mention of attempting to even retell this story feels dangerous. We have had our share of badly made remakes in the past few years, so it’s understandable to feel apprehensive.

I didn’t grow up with the movies, but even I knew the burden that the creative team, and the company in general, had keeping its legacy alive. They are dealing with a timeless story, beloved characters, untouchable one-liners and giant shoes to fill. However, if you, like millions around the world, are die-hard fan, rest assured… the beloved film is being transported to stage by its original creative team, Bob Gale and Robert Zemeckis. And it’s mind-blowing!

Now, let’s talk about the set. Brilliant. That’s it. This is the epitome of honouring a film’s original design and at the same time managing to create a futuristic, innovative stage. From the lighting choices to the illusions and sound orchestrations, everything tied together to make the set unbelievably accurate, fun and thrilling. Yes, it does what any good set is supposed to, transport you to wherever the musical is taking place. However, what I found ground-breaking was how immersive the experience was.

I think a highlight for all of us (based on sheer reactions) was the DeLorean. We are talking about one of the most iconic artefacts of sci-fi culture, and it did not disappoint. Truly, it puts Miss Saigon’s helicopter and Phantom’s chandelier to shame. I would go back just to watch Marty drive the DeLorean – at exactly 88 mph – in the middle of the stage, because – Great Scott! – it is truly an experience beyond words.

Beloved movie trilogy Back to the Future, starring Michael J. Fox as the iconic free spirit Marty McFly every 80s teenager wanted to be, the lovable and eccentric ‘Doc’ played by Christopher Lloyd, and Marty’s goofy dad George played by Crispin Glover, were effortlessly brought to life in the stage version by Olly Dobson (Marty), Roger Bart (Doc) and Hugh Coles (George).

The physicality, in particular, of Coles was so spot-on that I truly believed Crispin Glover had stepped out of the original film and onto the stage of the Palace Theatre. A truly outstanding performance.

Bart smashed his role as Doc, really playing up the comedy, in particular, and providing some of the biggest laughs of the night, especially with his interpretation of running up the stairs.

Dobson must also be given huge credit for his fantastic ability at being able to nail the vocal high-pitched cracks – ‘you built a time machine…out of a DeLorean?!’ – made famous by Fox in the original.

A true ode to the original film, this show oozes nostalgia. The combination of these outstanding acting performances and the awe-inspiring set and technical effects (my jaw dropped on more than one occasion) make this show one not to be missed and one to surely go down in the history books of masterful musicals. This show really is “heavy”, that is with the amount of sheer talent, breathtaking technical effects and joy that it displays. 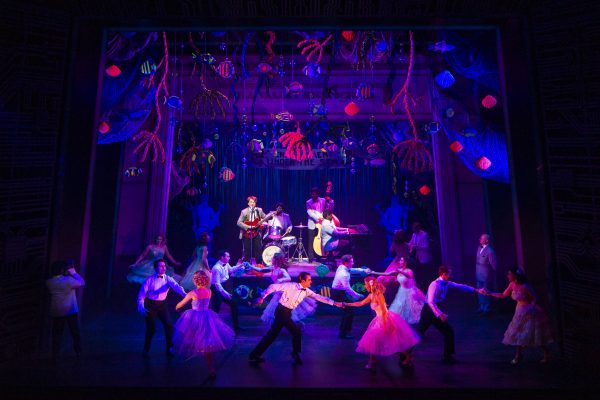 Great Scott! Well that was the heaviest musical I’ve ever seen.

I did not grow up watching the Back to the Future trilogy, though I recognised their iconic status, and when it was announced that the film was being turned into a musical, I knew I had to see it.

I started doing press for this musical in October; Ana and I attended the press launch event at Albert Hall, where we were treated to a few performances and got to do a few interviews.  I also attended a press junket at The Ivy in February, before the musical opened. I’ve interviewed some of the musical’s cast and creative team, the latter which includes 6 x Grammy winner Glen Ballard, 2 x Grammy and 2 x Emmy winner Alan Silvestri, and the writer of the original film, Bob Gale – who I’ve interviewed twice!

So, I obviously had high expectations.

Well, the musical exceeded them all! Back to the Future is probably the best theatrical experience ever. As soon as you enter the auditorium it is lit up with neon lights and, as Ana mentioned, the DeLorean scene is mind-blowing. How did they do that?!

Spoiler; if you’ve seen Aladdin and Jasmine fly on the magic carpet in the musical adaptation of Aladdin or Mary Poppins flying with her umbrella in the stage adaptation of Mary Poppins, expect to be mind-blown once again. I imagine the same (unknown) theatre technology is used. Truly, an electrifying and exhilarating experience.

As Alana mentioned, the cast, which included Tony winner Roger Bart, was fantastic. Ana and I had the pleasure of meeting Bart briefly. Whilst I’ve seen him in many different films and TV shows, I know him best from my favourite TV show, Desperate Housewives, whilst Ana knows him from Hercules (sorry, not sorry).

Bob Gale, Robert Zemeckis, Alan Silvestri and Glen Ballard joined the cast for the press night curtain call – I hope Michael J. Fox is there for the West End premiere, as Bob Gale told me they hope to get him down for it!

At the press events, Producer Colin Ingram said that the plan is for the musical to head to the West End and then the rest of the world, but there is little information on this. Especially now that theatres have been shut down because of the coronavirus crisis.

Fortunately, SeatPlan have wisely created a page about the anticipated West End transfer.

SeatPlan is a great website which I use to decide where to sit in theatres; you can find loads of reviews about different seats and whether theatregoers recommend them or not. There’s even photos! Wherever the musical transfers to in London, SeatPlan will make sure you know which seats are the best and which to avoid.

Back to the Future was supposed to run at the Opera House in Manchester until 17th May, but it seems unlikely that this crisis will have ended by then. We are so glad we got to see the show before it was forced shut shortly after it opened, and we cannot wait for it to be back in the future! 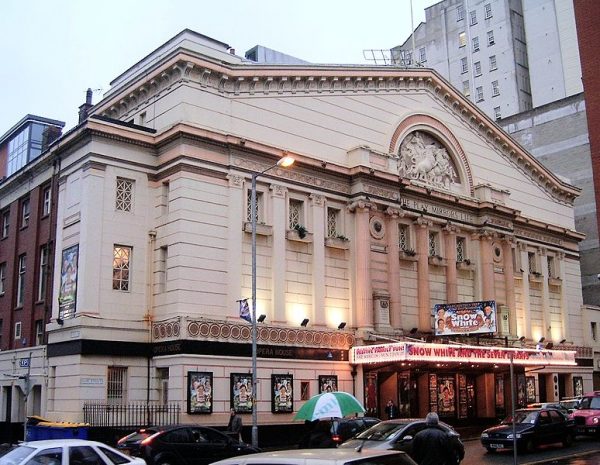