By Josh Sandiford and Joe McFadden

Students claimed the fencing had been put up overnight in Owens Park near the Armitage Centre with no prior communication
News
Fences around Fallowfield as a lockdown ‘security measure’. Photo: The Mancunion

The University of Manchester has confirmed that it has installed fences around Fallowfield campus as an additional security measure following the lockdown.

Students claimed the fencing had been put up overnight in Owens Park near the Armitage Centre with no prior communication.

Bosses insisted that students who live on-site would be able to come and go freely, and that the fences were there to help highlight main areas and assist security staff.

After absolutely no communication from the university we’re being fenced in by the University of Manchester. After asking the workers we were told it won’t be the whole way round but we have heard nothing from the uni and they’ve offered no support. #uom #universityofmanchester pic.twitter.com/94byg4PlBb

Concerns were raised after a number of individuals who don’t live on Fallowfield campus attended Halloween parties at halls of residence last weekend.

A spokesperson said: “In recent weeks we have received a number of concerns from staff and students on this site about safety and security, particularly about access by people who are not residents.

“We are therefore introducing new security measures out of hours at key entrance points to our campus, accommodation and main pedestrian routes to help keep our students, our staff and our community safe. As now, residents can continue to enter and leave as they please.” 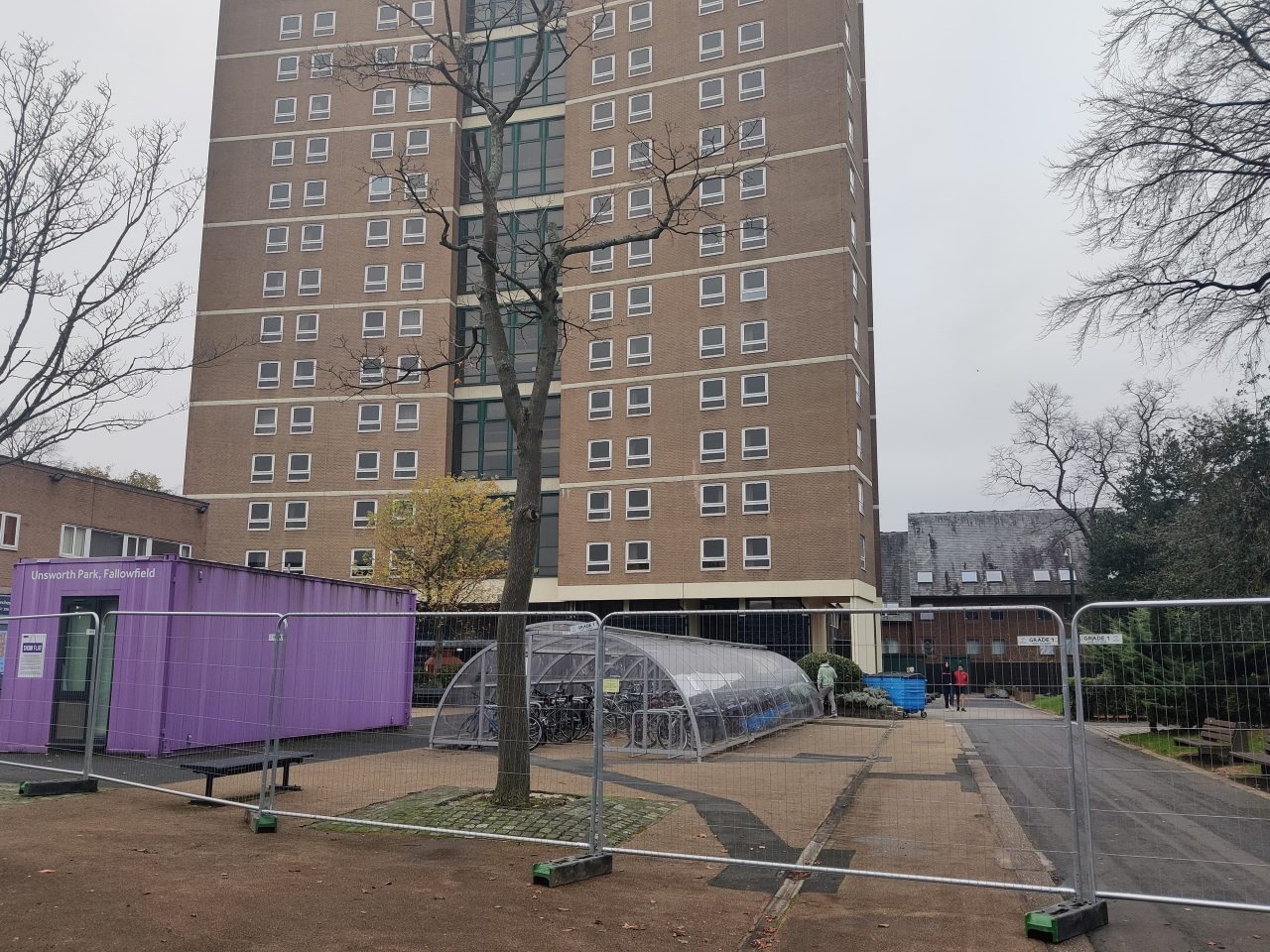 One security guard claimed that the fences were being put up to “stop outsiders” getting into the campus after security issues with non-residents.

Some green spaces surrounding Richmond Park and other halls have been shut off, with only a small narrow path available to walk through to access available services like laundry. 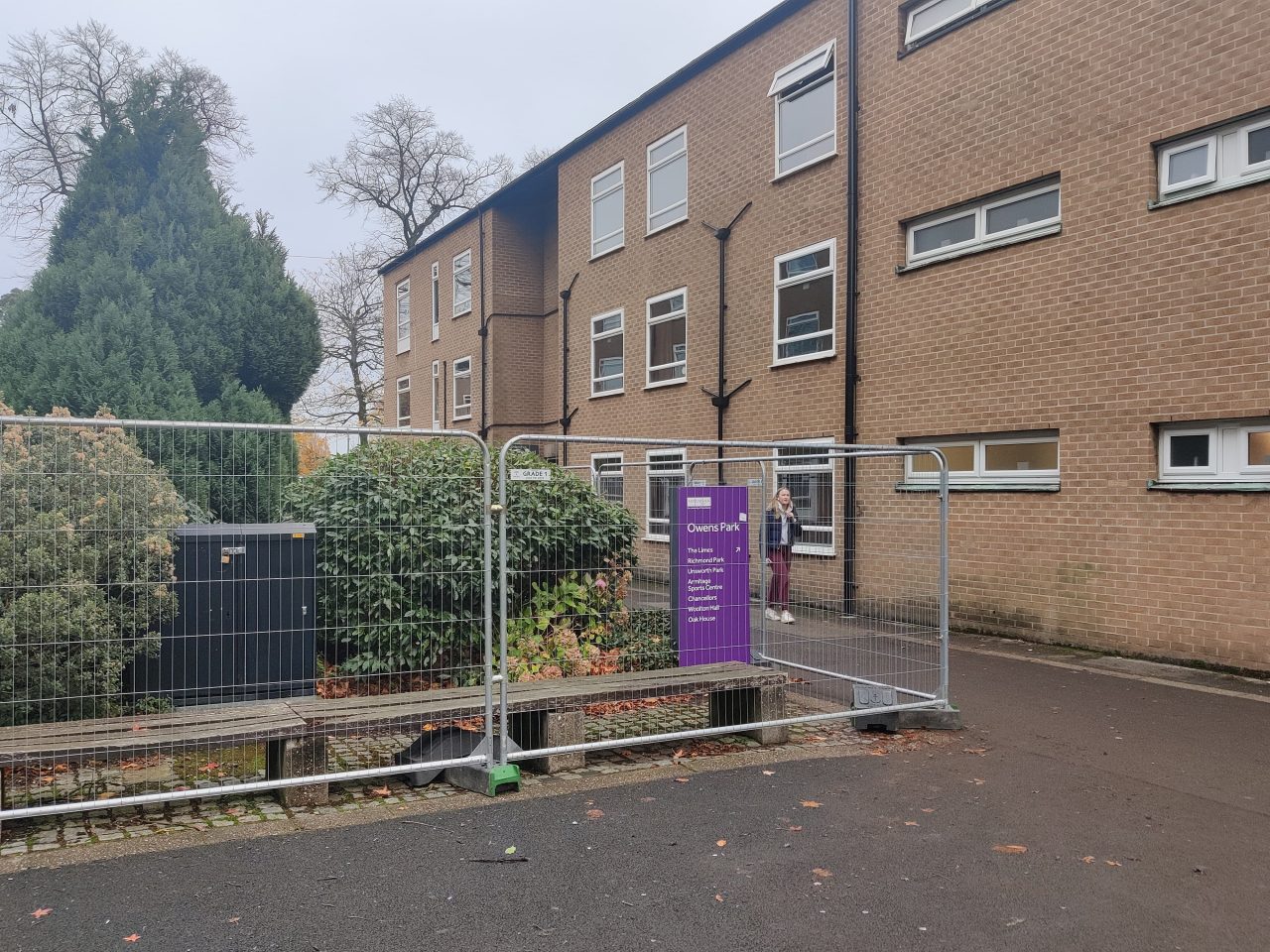 There has been no confirmation, but multiple students have claimed the University will implement a “wristband system” to ensure that only those who live in accommodation can enter and exit.

Students on campus told The Mancunion they worried the fencing would negatively impact on their mental health, with some mentioning the recent death of a student in Fallowfield halls.

One said: “It’s quite daunting. I understand [the university’s] concern but there are other ways to do it that are less intimidating.”

Fences have been put up overnight around manchester university’s Fallowfield campus. No word to the students as to why, whether we will be able to leave, whether people will be able to access their cars etc… @Telegraph @DailyMailUK @guardian @TheSun pic.twitter.com/YMobFbNY1D

Others expressed anger about the lack of communication from the University regarding the work.

The University has apologised to students and told them “not to be alarmed” in an email.

The spokesperson added: “Regrettably the fencing began to be installed ahead of the message being seen by halls students. We apologise for any worry that this has caused and would like to reiterate that all students who live on-site can continue to come and go freely.

“We understand these are challenging times, and we are extremely grateful to all of our students who are following the guidelines and making adjustments to their lives to help keep our community safe.”