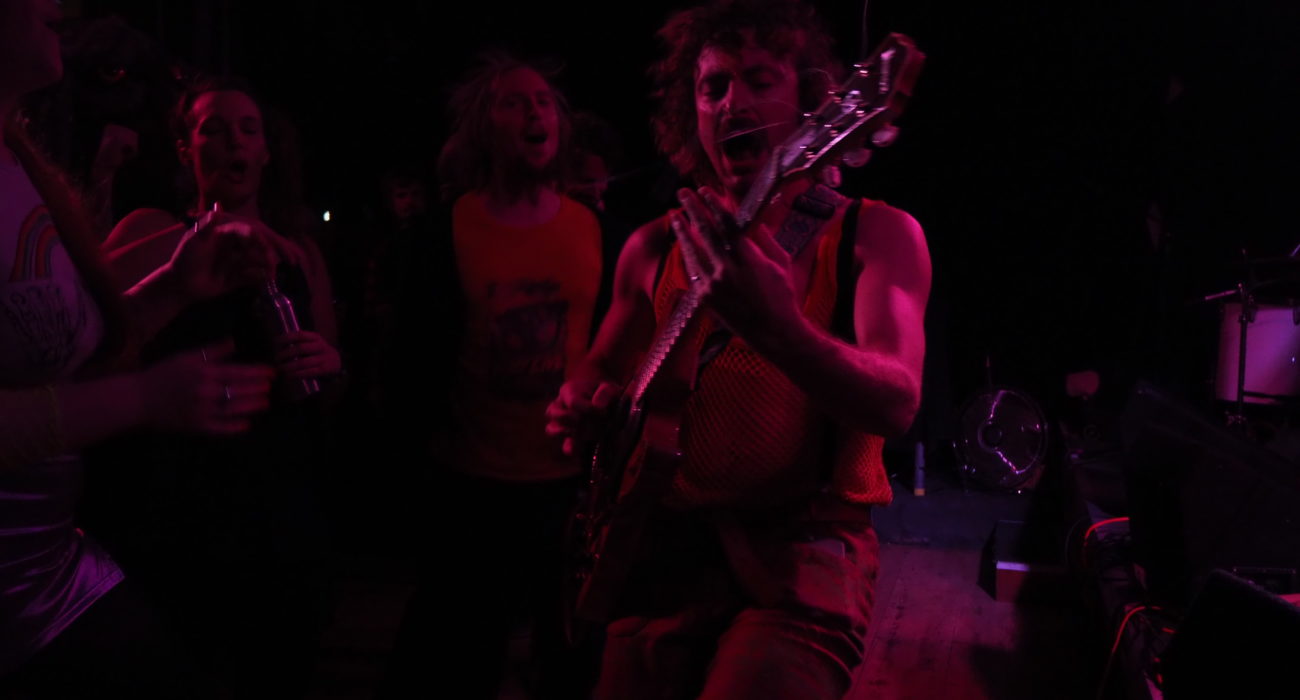 4th November 2021, Bethlehem Casuals at the Carlton Club with Ask My Bull, Ponyland, and Lady Lamp.

I hadn’t been to the Carlton Club before. It was a few stops on the 86 and the kind of walk through a residential area that made me think: Am I in the right place? Serendipity and Google maps got me there in the end—I stumbled onto Carlton Road whilst trying to get a better view of the fireworks going off in the distance. And it was definitely the right place to be.

The Bethlehem Casuals are a seven-piece genre-twisting band from Manchester who make, according to their Bandcamp, “music Jesus would listen to”. This was the last show of a four-stop tour for their second album, Tragedy of Street Dog, released early 2020, and though I’d been listening to them on and off in the weeks prior, I didn’t quite know what to expect.

First on was Ask My Bull, a Manchester jazz-punk band consisting of drums, bass, guitar, and saxophone. People were dancing straight away. They make their way through a few songs, ‘Ulysses the Shrimp’, ‘Powder Keg’ among them, the bassist in their Jigglypuff onesie jumping up and down so much it’s like they’re permanently in mid-air. They closed with ‘Army of Swans’, a bittersweet ending with the guitar and sax echoing the same melody into applause.

All six members of Newcastle’s Ponyland arrived on-stage wearing an animal mask. Their two drummers were on the floor in front of the stage, kick-drum-to-kick-drum. As if this (and another saxophone) weren’t enough, Ponyland had brought a mascot head that their lead singer bestowed upon an audience member when she jumped down to dance with us, singing through a megaphone. “Who wants some punk?” she asks when she’s back on stage. The crowd cheers in agreement. Ponyland proceed to play a song that’s significantly longer than two minutes, but I’ll let them off because I wouldn’t have had it any other way.

Both opening bands played like they were the main event, their energy paralleled only by each other and the guys at the front moshing with the mascot head. My only complaint is that their sets weren’t any longer.

Between Ponyland and the Casuals, I mysteriously ended up checking peoples stamps at the door as they came back in, though still managed to catch the end of Lady Lamp’s brief and ethereal interlude. Standing in front of a wall covered in mirrors, Lady Lamp performed alone with a fender Telecaster, a lamp on their head and a golden microphone supposedly given to them by Tom Jones. The crowd drew in like iron filings around a magnet. Afterwards I ask for a photo and chat to Lady Lamp about the paper and coloured chalk they’d brought with them for their audience. “Most passionate scribble gets a prize”, they said. I’m pretty sure the prize in question was a banana.

At about ten o’clock the Casuals came on. Five of them, this time with a saxophone and a cello. Their drummer, Will, had both his wrists in plaster casts from “defending a woman and her purse in bar” (he’d actually taken a fall skateboarding), and so Harry from Ask My Bull kindly filled in for him.

I wouldn’t have been able to tell that Harry hadn’t even rehearsed with the Casuals because alongside their songs’ wacky storylines, infectious beats, and the headbanging riffs, there’s a powerful undercurrent of musical skill that allows them to bring it all together. Bethlehem Casuals’ performance has a brilliant madness at its core that makes you want to dance like nothing else. I’ve been to techno and drum and bass shows that haven’t made me want to jump around this much.

They play ‘The Passion’ and ‘Street Dog’, and every time I think it can’t get better, it does. As the rhythm section invariably keep whatever’s going on going like a well-oiled groove machine, instrumentals are filled with furious cello, sweet licks on the saxophone and all-around antics from the guitarist, who takes more clothes off as the set progresses. When he removes his neon net vest and his trousers to reveal the speedos he’s got on underneath they play a roaring cover of Louis Prima’s ‘Just a Gigolo’ that has the whole crowd yelling the chorus and dancing like there’s no tomorrow.

Suddenly it’s over, the music’s stopped and I feel like I’m waking up from a dream. It’s two minutes to eleven and they haven’t got time for another song. I’m next to heartbroken. “See you in 2022!” says the guitarist, who’s starting to put his shirt back on. I hope I will, and I hope to be dragging along anyone who’ll listen to me.

I left the Carlton Club overwhelmingly impressed. Who knows if Jesus is listening, but if he gets a single song from the Bethlehem Casuals live I think he’d be an instant convert.