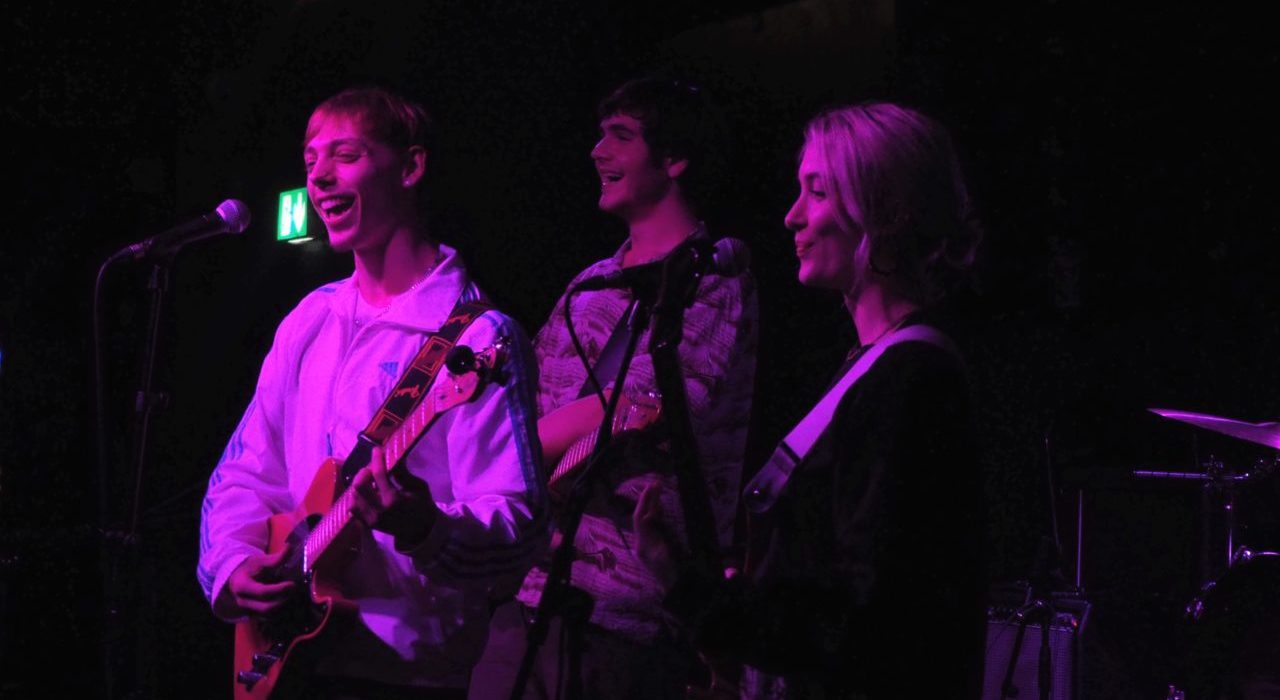 Photo: Odyssea, taken by Maddie Drake for the Mancunion

If you are Richey of Furrowed Brow… stop reading this article. You have been warned.

It’s a Thursday night in November and the Bread Shed is filling up with students for what I’m told (by the event’s lovely organiser, Robbie) is the biggest student band event in over three years. Gigs and Bands have certainly made a name for themselves already!

The first band, Odyssea, start twenty minutes later than planned (but it is a student event, so what was I expecting?). They’re the evening’s “mystery guest”, a four piece band who play their laid-back alternative/funk tunes that, beneath the smooth bass fills and slick guitar solos, is very tightly pulled together. Their frontman is fun and engaging and his singing keeps you on your toes—they manage to do pull off a kind of slacker vibe without being boring for a second. They’re comfortable on stage, they’re good to watch and even better to listen to.

Next on are Pyncher, who suffer some mic-stand related problems in their first song but they soldier through anyway. Their set starts off with a menacing guitar riff and the air in the room is instantly a little different. They’re fun on stage, despite their frontman admitting to being called “too shy between songs”. Their set gets serious. The drummer, who looks like he’s been having the time of his life takes his shirt off, which is a clear sign. It feels like they settle into their set; the longer they play the better they get and the noisier they get, too. I can imagine them getting a bigger, drunker crowd worked up in no time.

After another brief intermission of everyone either going outside for a smoke or to the bar for another drink, King Mob play chorus-soaked guitar to solid, heavy drums. The excitement is coming from their frontman, constantly punching at the air and gripping the mic stand as though by the throat as he sings into it. Before their last song, a cover of ‘Current Joys’ ‘melancholia’, he even offers me a charming gesture involving the index and middle finger of his right hand that makes me laugh. The cover is good and it suits them well. It feels as though it’s theirs, yet at the same time gives something the crowd could sing along to and sends you away with the impression of a decent set.

Furrowed Brow are the fourth band to step onto their stage, and maybe the most memorable. The lead singer is immediately energetic, swinging the microphone around and throwing the mic stand (the latter an activity unfortunately disallowed was disallowed after the first song). He sings with his foot up on the monitors, standing on the speakers, pressing his forehead to the floor. There’s a garish drama that absolutely works. I’m almost struggling with the camera because every second is feels like it could be the great photo of the night.

Their synth-organ gothic punk is twisted, perverse, and funny in a slightly sick way. Songs are filled with lyrical gems such as: “sea cucumbers: plenty/testing kits: not many” (‘The Narrative of Hugh Gordon Pym’) “if boredom doesn’t kill me it’ll be the corporate greed” (‘The Endless Shouting Tomorrows’). Proof of a memorable show, the band are handing out stickers after their set and people are appearing as if from nowhere to grab them.

On last are Painters, fronted by GABS’ own Robbie Beale on vocals and guitar. After Furrowed Brow I wondered what Painters would do to follow but they don’t put a foot wrong. They play a few originals and a few covers, notably Gorillaz’ ‘Clint Eastwood’. These covers are all close enough to their sources that you don’t have Damon Albarn fans breaking down on their knees in the crowd but have enough of Painters’ special sauce drizzled over the top to feel like you’re seeing something new. Robbie in particular has some fantastic solos; I ask him about who he’s taking notes from and he says: ‘I’d like to think I’m looking up to J Mascis from Dinosaur Jr. and Jonny Greenwood of Radiohead but in reality, it’s probably more of a Hendrix/standard blues-rock kinda thing’. Dinosaur Jr. or no Dinosaur Jr., it’s an impressive end to a night that only promises more from GABS in the future. A £4 ticket for five bands in a night? Bring your mates down.

Keep an eye out for more GABS events by following their Facebook. 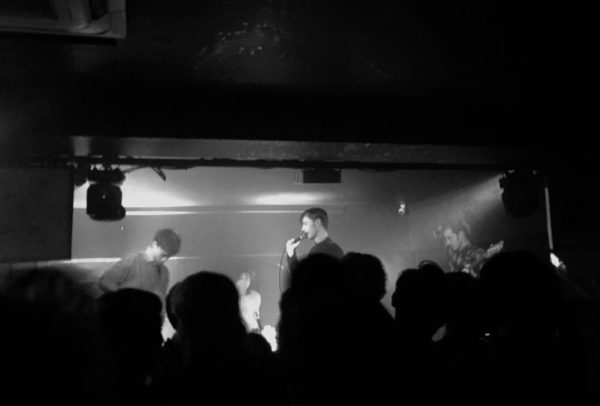