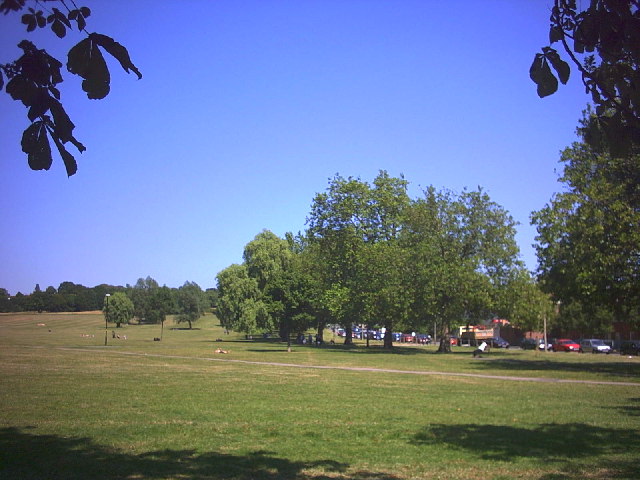 Streatham is Dave's hometown, and it informs much of Psychdrama. Photo: Noel Foster @ Geograph.

Music is the greatest equaliser. The ability for a musician to take their listeners on journey and show them a personal insight into a side of life of which they previously had no concept is unparalleled by any other art form. This sonic power is perfectly encapsulated by PSYCHODRAMA, the debut album from Dave, the mononymic stage name of Streatham-based rapper David Omoregie, which provides a deeply introspective look into one man’s experiences of mental illness, domestic violence, and racial inequality.

As a complete piece, the album has an extremely clear and honed focus. Styled as a concept album, the record places the listener as a silent observer of Dave’s literal psychodrama – a psychotherapy technique in which dramatisation is used to provide a therapist with insight into a subject’s life. To facilitate this, the tracks are interspersed with interludes of Dave’s ‘therapist’ discussing his progress. This acts almost as a guide through his inner thoughts and heightens the deeply personal feeling of the record.

Lyrically, throughout the album Dave showcases all aspects of his writing prowess. From the witty pop culture-tinged ‘Purple Heart’ to the heartfelt raw emotion of ‘Environment’, every word on the album feels deliberate and the themes carefully curated into a logical structure. The most striking aspect of Dave’s lyrics is how brutally honest and confessional the songs feel. Whilst there has long been a tradition of rap artists using their songs to express their life story, Dave elevates this to a whole new level.

Whether it’s discussing his issues with mental health in ‘Psycho’, his struggles with racial inequality in ‘Black’ or his brother’s incarceration in ‘Drama’, the lyrics feel like a full disclosure with nothing having been censored.

The album’s true lyrical triumph however, is ‘Lesley’. Running at 11 minutes long and featuring vocals from US singer-songwriter Ruelle, the track is a powerful exploration of the story of a girl’s struggles in an abusive relationship. The song stands as perhaps the greatest example of rap storytelling since Kendrick Lamar’s 2011 Section.80 track ‘Keisha’s Song (Her Pain)’ and, despite its graphic lyrical content, delivers a positive and much needed message directed towards those in a similar situation.

Another of the album’s greatest strengths is the departure from standard grime instrumentals in favour of augmenting uncomplicated beats with a piano accompaniment. Despite being an unusual choice, the piano provides a background of calmness against which the emotion of his lyrics shine. This level of emotion is given additional weight when considering that Dave, as a grade seven pianist himself, is accompanying his own vocals throughout many of the songs.

Overall, PSYCHODRAMA is an absolute masterpiece, demonstrating a level of introspection and conceptual brilliance from an artist whose career is still in its infancy and is looking set to earn him a well-deserved Mercury Prize nod. Ultimately, from his immense writing capabilities to his flow and musical talent, there is no doubt that Dave is set to occupy a special place in UK rap history.