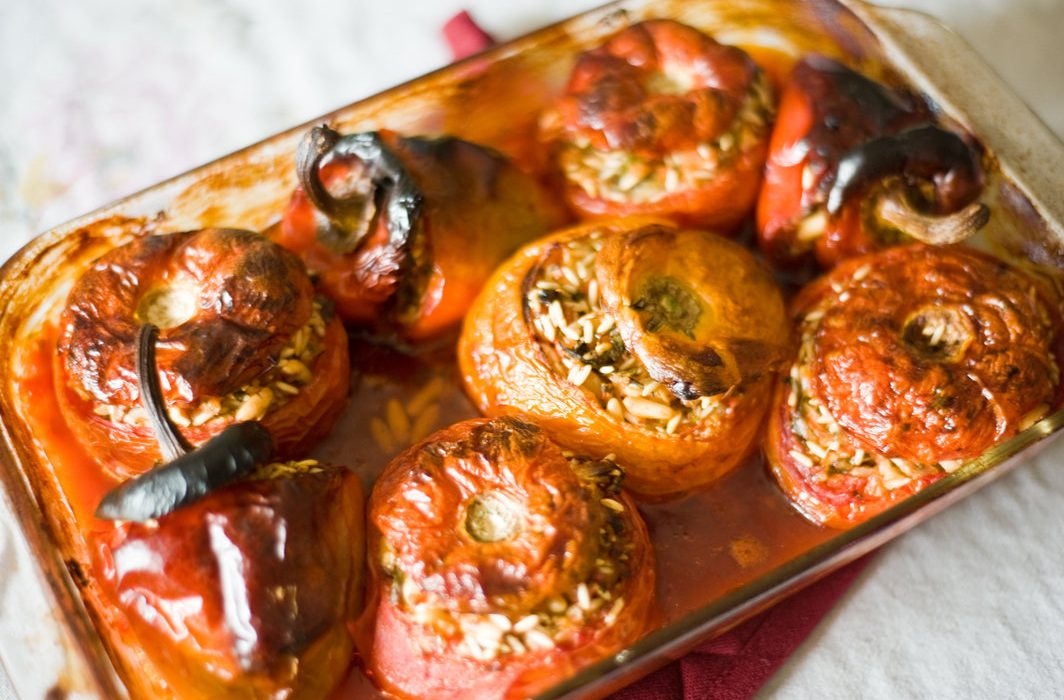 Get into the Greek

Lasagne, fajitas, stuffed peppers for the vegetarians. Tired of serving up the same thing to your housemates? Fancy breaking out of the stereotype but don’t fancy putting the effort in? Problem solved – follow these basic recipes to adapt the dishes you already know and transform them into Greek dishes fit for a Mediterranean mealtime.

The three main components of lasagne remain in this recipe switch: a béchamel sauce, a ragù and pasta. Whether you buy your sauces in jars or make them yourself, the only difference to your shopping list is to pick up a packet of dried macaroni instead of pasta sheets. Cook the macaroni according to the instructions on the box and when you assemble the three parts of the pastichio, layer in macaroni instead of sheets of pasta.

Sliced meat, sauce and veg wrapped up in a flatbread – not that difficult to master. Adapt the classic fajita to souvlaki by substituting fried strips of chicken for pork strips. Add to that the customary peppers and onions with mint and oregano to taste. Then instead of sour cream, try tzatziki. Buy it ready-made or just mix a minced clove of garlic, some dried mint (or even mint sauce) and finely chopped cucumber into natural yoghurt.

Add a bit of flair to the unoriginal stuffed pepper by including it alongside a whole host of other stuffable vegetables, creating yemista. Courgette, aubergine and tomato all work, for example. Scoop out the vegetable inners and save the tops. Add diced onion to the veg pulp with parsley, long-grain rice and some olive oil. Put the hollow veg in a baking tray and fill with the mixture – only about three-quarters full so the uncooked rice has room to expand. Cover each stuffed vegetable with its top, drizzle over olive oil and bake until the vegetables are tender.

More detailed recipes can be found at www.greek-recipe.com