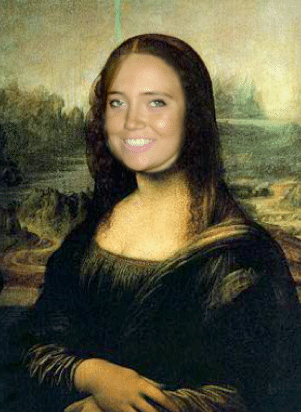 10 things you should know about: Leonardo da Vinci

1)    Da Vinci was not Leonardo’s family name but literally means ‘from the town of Vinci’ which is where he was born in 1452.

2)    He was able to write notes with his left hand and paint on canvas with his right hand at the same time.

3)    He wrote his notebooks in back to front ‘mirror-writing’ in order to keep his ideas secret.

5)    His famous portrait, the Mona Lisa  took him all of four years to complete.

6)    He was not a man to be messed with. He threatened to use a difficult religious patron as the model for his figure of Judas in his painting ‘The Last Supper’ in the refectory of the Convent of Santa Maria della Grazie, Milan.

8)    Andrea del Verrocchio, Leonardo’s master, threw down his paintbrush for good when he realised that the skill of his apprentice surpassed his own whilst they were working on the painting The Baptism of Christ  toegether.

9)    His inventions included machine guns, an armored tank, cluster bombs, a submarine, the first mechanical calculator and an early form of solar power.

10) Despite being one of the most celebrated artists of all time, Leonardo saw his position as an artist secondary to his position as a researcher and scientist and made ground-breaking discoveries in subjects such as the biology of the human body. 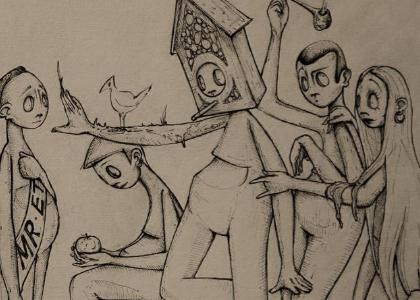