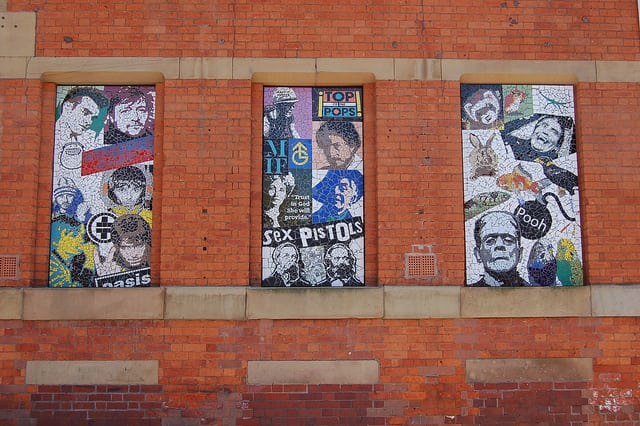 Column: Manchester, so much to answer for

It’s difficult not to see The Courteeners, currently riding high on the success of their third record, Anna, as the embodiment of the slow malaise that has taken hold of my city’s music scene over the past couple of decades. You’re probably all familiar with the unspeakable likes of 5th Avenue and 42s by now, and I’ve always thought The Courteeners would make a good house band for those establishments, where they’d surely be held in high esteem by a consumer base largely unwilling to entertain the prospect of music made by anybody from further south than Knutsford any more recently than 1996 and who were probably surprised to find out that The Stone Roses had ever actually split up.

Back in the St. Jude days, Liam Fray, in his own head, was some kind of divinely-crafted cross between Liam Gallagher and Morrissey, combining a sneeringly arrogant attitude with lyrics far less intelligent than he thought they were. On follow-up Falcon, he suddenly decided he was the spiritual successor to Guy Garvey, as reflected in some horrendous songwriting decisions – ‘The Opener’ is a take on Elbow’s ‘Station Approach’, with all the subtlety and nuance of Nuts magazine – apparently failing to realise that veering from idolising two of the most egotistical men in human history to modelling yourself on somebody as unassuming and likeable as Garvey isn’t likely to come across as the most genuine of personal progressions.

That The Courteeners are one of the more commercially viable outfits to emerge from the city in recent times represents a sorry state of affairs. The ‘glory days’, if ever they were such, are unquestionably over; Liam Gallagher has become a hilarious caricature of himself, whilst Noel looks set to fart out records rivalled only, in the lack of invention and excitement stakes, by his football team, until one of the most depressingly lucrative reunions in history finally takes place when they both fancy a few quid more. Morrissey continues to carry out spectacular character assassinations against himself, with his pathetically childish animal rights opinions only overshadowed by his disturbing attitude towards race and immigration. Peter Hook’s so-cynical-it-hurts cash-in empire peaked when he turned the old Factory offices into a nightclub with about as much character as a motorway service station, where you can barely hear the alleged music over the sound of Ian Curtis spinning in his grave at Hook’s decision to tour both Joy Division records with a new band. The Stone Roses’ reunion was a triumph, so long as you like your vocals about as melodic as a pneumatic drill. Probably the most impressive feat pulled off by one of the old guard is the mere fact that Bez is, somehow, still alive.

Fray mocks the city’s student populace on ‘Fallowfield Hillbilly’, but the grand tradition of the ‘Manchester band’ seems consigned to history. It’s like a part of the city died with Tony Wilson; his legacy looks less likely to be genuinely built upon with each passing day, instead hijacked for self-celebratory, faux-nostalgic purposes by LADs and football hooligans in shit nightclubs. So much to answer for.