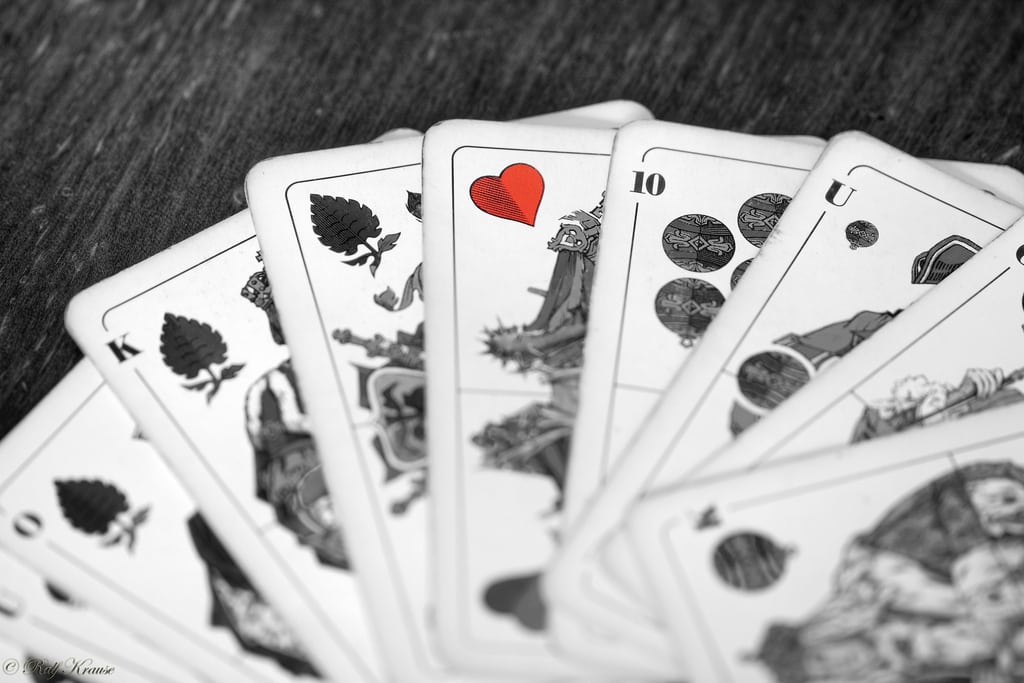 Contact Bridge –  the card game of James Bond in Moonraker, Agatha Christie’s Poirot, and also of many University of Manchester students who meet every Wednesday (2-5pm upstairs in The Oxford pub) and Thursday (7.30-close in The Student Union in the Khalid Said Room) as members of the Bridge Society.

Bridge is a trick-taking game played by four people in two competing partnerships. Each player is dealt 13 cards, and players subsequently bid on how many tricks they think they will win over the course of the hand. It is, as Society Chair Mike Coop told us, “hard to describe,” but he does assure us that it “has to be tried to be believed!”

And it seems plenty of people are trying it – four years ago the society was founded with only three members, yet it now boasts “over 120 interested members, and a steady number of 16-20.” Of those members there is “a secretary (responsible for keeping the society informed about union events) and a treasurer (to make sure [the Chairman doesn’t] pocket all the cash!). We also have two university bridge teams, who travel around the UK representing UoM in inter-university bridge tournaments.”

For example, the society enters the annual Portland Bowl knock-out tournament. Last week, the B-team narrowly lost to Durham University by seven points, and the A-team are currently in Coventry playing against the University of Warwick. The Bridge Society also enters the London Cup, and closer to home they also attend Manchester Bridge Club and Manchester Country tournaments and competitions.

It’s not all about big competitions, though. The Bridge Society caters for members with varying degrees of ability: “We assume new members know nothing about a deck of cards and go from there. No matter how late in the academic year, we’re always up for teaching new members.”  This teaching seems to be doing the trick; novice members who only joined in September are already competing in tournaments and holding their own.

Or just turn up on a Wednesday or Thursday!