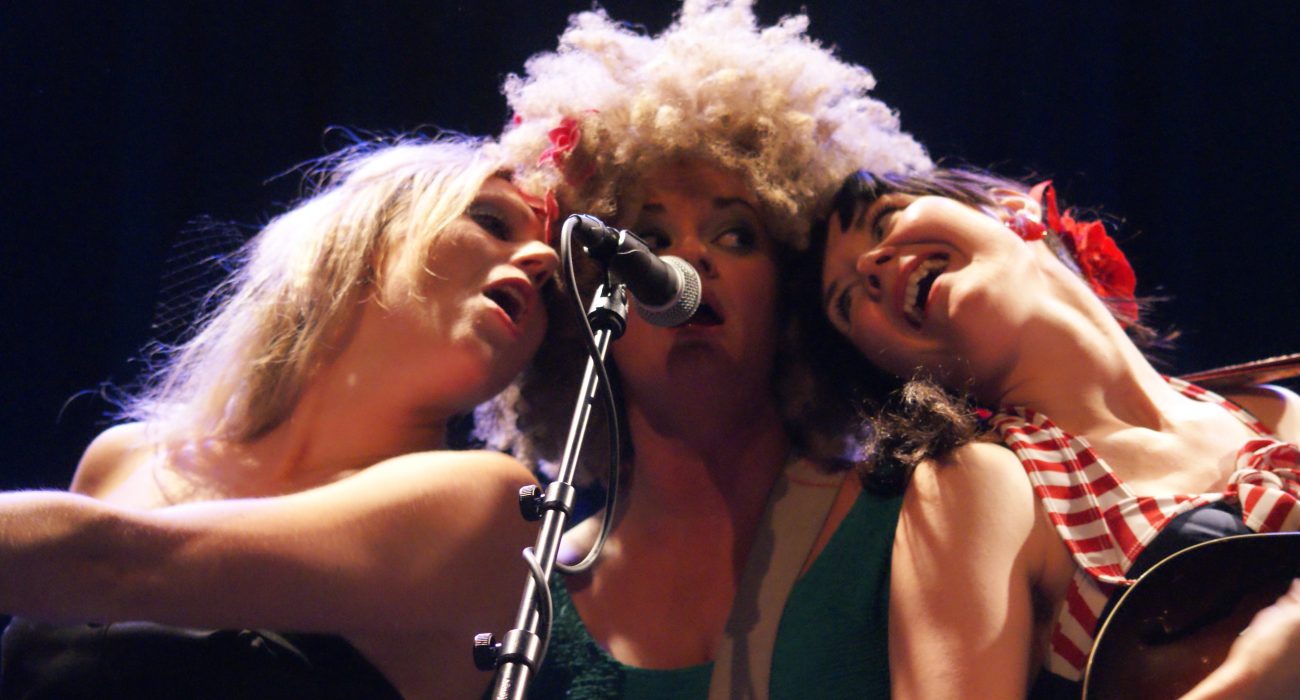 8/10
Entering the Academy on Sunday night, I had no idea what to expect. What I’d heard about Katzenjammer’s live sets had got me curious, but I wasn’t prepared for the sheer energy and fun that the Norwegian four-piece brought to the stage.

The night started with a solo performance by Jasper Malone. Usually playing with his band Jasper in the Company of Others, he had been called to replace the previous support act a week before the concert, hence his lack of Company. Despite this, Jasper played a well selected set of songs that, along with his light-hearted stage presence, made a great warm up for Katzenjammer.

Katzenjammer exploded onstage with ‘Rock-Paper-Scissors’, a joyous, energetic song from their second album A Kiss Before You Go. From then, the audience was hooked. For the next two hours Katzenjammer whirled through songs with staggering energy. With twenty instruments onstage with them and instrument changes between every song, the stage looked like a game of musical chairs.

The variety of instruments played by each member didn’t seem to affect their ability to perform either, the band’s ten years of experience was clear from tight tempo changes and well-coordinated call and responses scattered throughout the night.

Vocally, Marianne Sveen stole the show, despite all four members singing on different songs, Sveen’s voice couldn’t be matched. From powerful renditions of The Clash and The Beatles to guttural growls on ‘Hey Ho (On the Devil’s back)’, Sveen never faltered.

The setlist consisted of a good mix from Katzenjammer’s three albums. The energy only slacked for a few songs from the band’s most recent album Rockland, songs that do not quite do justice to the band’s wild and energetic style. However, given the energy pervading the rest of the night, you couldn’t begrudge the band one or two breathers.

Katzenjammer closed by performing an encore of ‘Ain’t No Thang’, a bonus track from their debut album Le Pop, taking breaks in dancing around the set to perform solos on various instruments, ending, of course, with a kazoo.

Katzenjammer’s weird and wonderful energy makes them a sight to behold live, and as I left The Academy wearing the same mad grin as the rest of the crowd, I understood what all the fuss had been about.