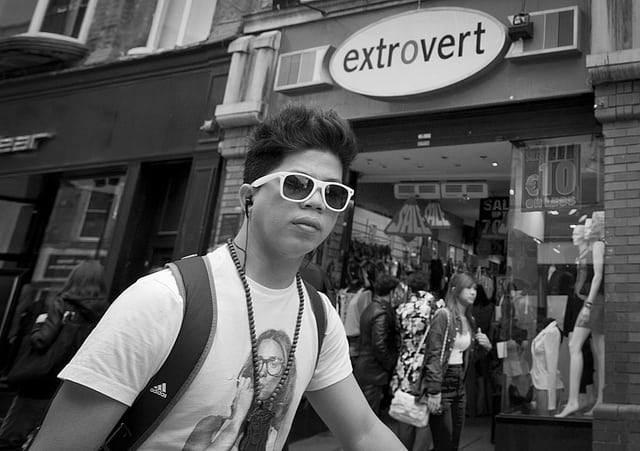 Going into a seminar or lecture

“I generally spend the hour before a seminar on edge because I’m so worried about being late for it. If I was late then I’d have to go into the classroom in front of everyone and potentially get called up on it by the lecturer. Because of this, I’m normally about half an hour early for everything. It’s funny though, because you can tell the other anxious people because we’re always so punctual. Once I get into the lecture or seminar, I spend the majority of the time hoping that I don’t get asked anything. If I’ve really got no choice or I decide that I’ve got something really worthwhile to say then I usually spend about a minute rehearsing what I’m going to say in my head before I actually say it. Getting asked something when I’m not prepared is my worst nightmare.”

“If I’m well prepared and other people are actually prepared to talk then I really enjoy my seminars since there’s a chance to talk through my ideas. It gets really frustrating when some of the quiet people literally won’t say anything. I don’t understand what the point of coming to the seminars is if you aren’t going to make the best out of them by voicing some of your own opinions. You are always told that there’s no such thing as a stupid question and no-one’s going to laugh at you making a well-educated point.”

Going on a date

“I spend the day before panicking about how it’s going to go and freaking out that the conversation will be really awkward. Then I worry about having something on my face the whole way through. Don’t even get me started on panicking about the potential of sex. It’s a miracle that some of my dates have even gone well when I finally manage to get over my shyness.”

“I think everyone gets a bit nervous before a first date but it’s just human interaction, you don’t have to overthink it too much. I do have to try and not talk too much though, which is what my natural reaction is when I’m nervous. I’ve never had a date that’s gone horrendously—it’s just sitting down and talking to someone, which I’m pretty good at. Amongst other things.”

Going to a party

“I think parties are generally seen to be the thing that would be most horrifying to an introvert, but they’re not always that terrible. People getting drunk tends to make things easier and I’m not so worried about what they might be thinking about me when I know they most likely won’t remember it the next morning. Potentially having to arrive on your own is scary, but once I’ve got over that I don’t mind them too much. I just have to avoid sitting in the corner on the sofa or only sticking to that one person I know really well.”

“It’s a cliché for an extrovert, but I do really love parties. I don’t really understand why you wouldn’t love parties. No-one cares or is judging what anyone else is doing and it’s an excuse to have fun. I have been known to get far too drunk but generally nothing can go wrong at a party!”