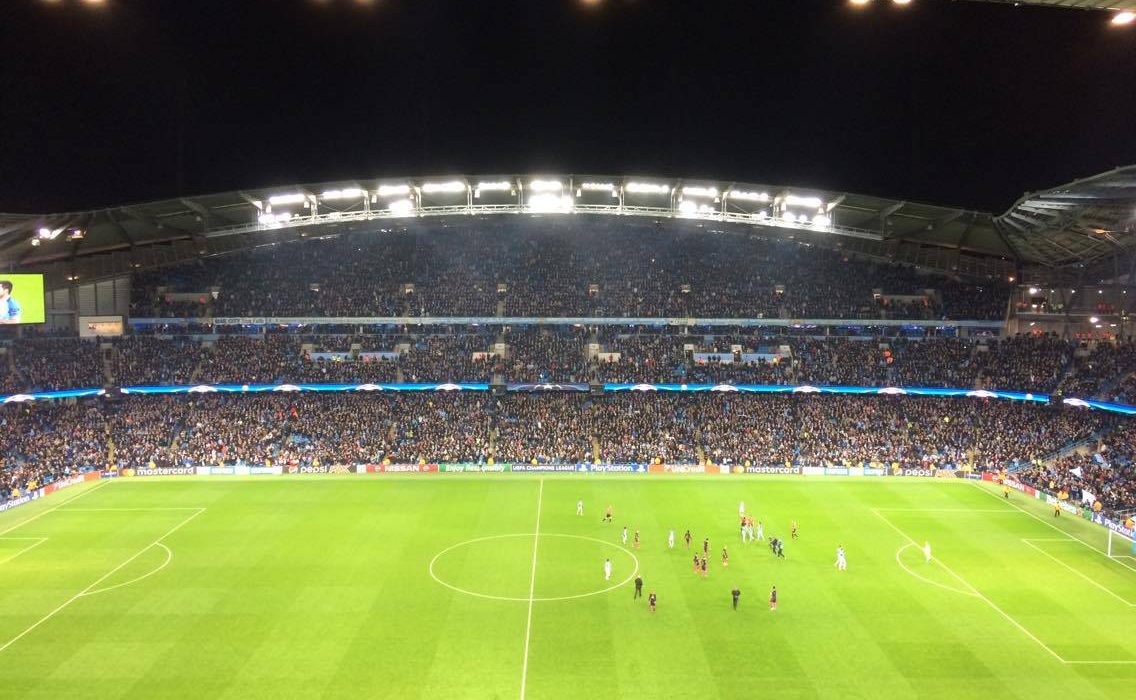 Anything you can do, I can do better.

Manchester City out-Barca’d Barca tonight. When Sheikh Mansour brought in Pep Guardiola, this must have been exactly what he was expecting. Both teams had the same set up from the back, as the goalkeepers played it out to their wide centre-backs and passed their way slowly into the midfield: the one difference being that Manchester City were better at it. The pressing style from City’s front line is what made this especially difficult for Barcelona, as they were forced into a number of errors and never really felt comfortable. The first half was much more even with Barca having more of the ball, but the second half was a masterclass in how to play like Barcelona… by Manchester City.

Pablo Zabaleta somehow managed to get fit enough for this game, despite how Pep Guardiola pretty much said that he would be injured in his pre-match press conference. Zabaleta has gathered quite a bit of stick this season after a struggling start to the year, as it seems he has been a little off the pace, but nothing could have been further from the truth in this game. The Argentine rolled back the years and pulled out a fantastic performance both defensively and offensively. He was quite visibly pumped for the game, as he turned to the fans a couple of times and spurred them on to sing for the team.

MSN is what the press have dubbed Messi, Suarez, and Neymar, because it’s obviously so necessary to try and do this with every successful front line. But who needs these three, when Kevin de Bruyne is around to run the show. The Belgian pulled out a superb performance against the Spanish giants, as he dictated everything. Silva dropped deeper and had a fantastic defensive game, which allowed de Bruyne and Gündoğan to run free in the middle: with Gündoğan being that little bit more defensive-minded it really allowed de Bruyne to have so much attacking freedom which paid dividends. KdB also scored yet another beautiful free kick to give City a 2-1 lead early in the second half.

İlkay Gündoğan cost a ridiculous £20million in the summer when the Blues bought the German from Borüssia Dortmund, and it looks to be one of the bargains of the summer! With two goals against West Brom at the weekend, the German proved right the old saying: “Anything you can do against West Brom, can be done better against Barcelona.” He was in the right place at the right time for both of his goals as he tapped home from five-ish yards each time. Silkay İlkay would have been man of the match despite these goals though, as his positioning play and balance in both attack and defence is really what pieced together the midfield of Silva, Fernandinho, de Bruyne and himself. The four are beginning to really look like one of Europe’s most feared midfield. They tore apart one of the greatest football teams ever today.

Pep Guardiola once said that he does not talk about the referees, as they have such a difficult job, and this is exactly the kind of attitude that a good football manager should have. But I’m a reporter and not a football manager, so I can say that the fella in the middle today was pretty bobbins. He missed two pretty clear penalties, one for either side, and even booked Raheem Sterling for ‘diving’ in the penalty area during a quite obvious foul. It wasn’t a bias display despite what many City fans may tell you, as it’s possible that he missed a handball by Sergio Agüero in the lead-up to Silkay Ilkay’s second goal. Ball to hand for me, but I do have a ridiculous man-crush on Sergio. Whose beard is that intimidating and yet so inviting?

“Look at Zabaleta tonight, he’s had two or three weeks out. He only trained yesterday, and look at him tonight against Neymar… Neymar!” – Pep Guardiola.

One of the Classics

Every City player had to be at their best to get past Barcelona, and I simply don’t have the time/get paid enough to go through each and every one of them, but some notable stand out performances must be mentioned. John Stones looked entirely at home on the big stage as he managed MSN with ease. David Silva changed his usual game and acted more defensively, as the little Spaniard came out on top in many crunching challenges. Raheem Sterling should have scored two, and should have had a penalty instead of a booking, after he had a great game finding little pockets of space in the final third of the pitch. And finaly Sergio Agüero is certainly back in form, after scoring twice at the weekend against West Brom, as he was up to his usual mischievous self, pulling defenders out of position with his runs.

This may be a big game in City’s history — on the 1341358151015th time of asking in the Champions League, they finally got past Barcelona, and they did it in incredible style. City have been seen as a big European club in the last five years, but this is the only time where they’ve genuinely outclassed one of the big guns. With a performance like this so early on in the season, we must consider City serious contenders for the Champions League trophy itself.