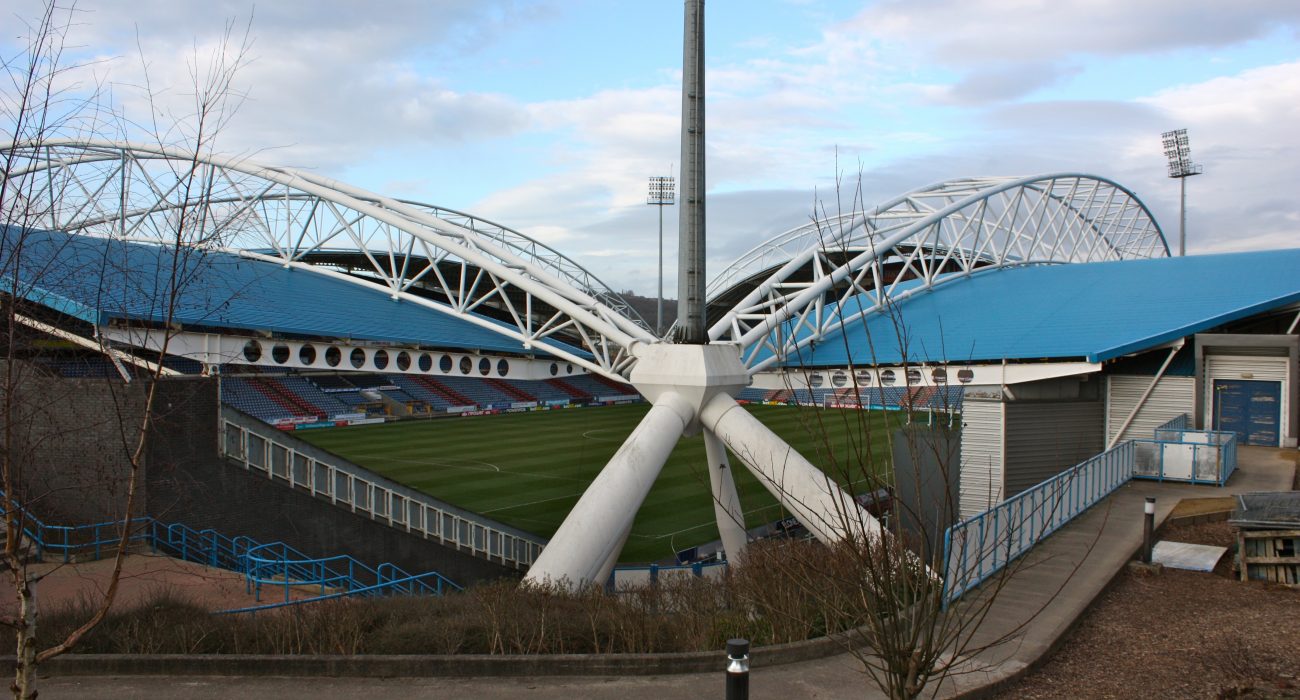 This tie will be the closest thing to a derby for Huddersfield this season. Yorkshire vs Lancashire, white rose vs the red. Huddersfield are currently without a victory in their last five games and United will enter the game as the favourite to win.

A couple of players are rested after the shakey win against Benfica in midweek. De Gea is once again in goal. Valencia, Smalling, Jones and Young make up the back four.  Herrera and Matic sit in defensive midfield roles with Mata, Lingard and Martial in front. Lukaku is the lone striker.

It is a bit of a crazy start to the game as both teams battle for the upper hand. United taking more of the early possession but Huddersfield closing down very quickly and forcing one touch passing.

When passes to go awry Huddersfield are quick to break and commit a lot of players forward. The lack of clinical passing is stopping them progressing into the final third. They’ll have to address this if they want to create any shots on goal.

Early shot for Lukaku as he receives a long ball in by Matic, the goalkeeper won’t be happy that his entire backline were taken out of the game with one pass. Thankfully he made a good save to stop the Belgian.

Next an off the ball incident between Martial and Smith, with both players squaring up to each other. The referee had his back to the events but the forth official saw it all. Yellow card for both players, on a second viewing Smith seemed to drag Martial.

Another yellow as Lingard gets hacked down, three yellow cards in the last 90 seconds. It is a very heated game and if it continues it won’t surprise me if we see a red card. The fans seemed to be feeding into the volatile atmosphere by jeering a lot of United players.

Lingard the target of fouls once more as he gets pushed over twice, yet the free kick goes the other way. As he fell the ball got stuck between his legs and the referee blew his way for obstruction. Ridiculous.

20 minutes in and United have had 68 percent of the possession without really having any chances. The game is still very heated with slide tackles flying in regularly. Phil Jones goes down with a knock and punches the ground in frustration. The Huddersfield fans boo Jones as he is down injured, a disgusting show. Regardless of who you support booing an injured player is just pathetic. Lindelof comes on to replace.

Mata comes deep, frustrated at not getting much of the ball, but as he gets the ball he is dispossessed. Mooy breaks forward in a three on two opportunity, the first shot is well saved by Mooy scored the rebound. 1-0 Huddersfield. Only the second goal they have scored in over ten hours of football.

A mistake by Lindelof puts Depoitre one on one with De Gea, the player goes round the keeper and passes it into the back of the net to make it 2-0. United need to calm down and not let the loud crowd get the better of them.

Penalty shout as Herrara gets brought down in the penalty box. The replay shows the player, already on a yellow, completely bodychecking him without the ball. How that isn’t a penalty is beyond me and if we lose I know exactly what moment Mourinho will blame for the loss.

A Huddersfield player did exactly what Lingard did early on, holding the ball between his legs. Instead of maintaining standards and giving a foul he gives a drop ball. The only thing worse than the final third play of United this game is the awful referee.

At half time the Huddersfield fans chant at deafeningly loud levels and deservedly so. Their team has been far, far better, outplaying United in all areas of the pitch. In the last five minutes the red devils did pick up the pace but it wasn’t enough to get anything to show for it. They need to be much better in the second half to pull this back. Perhaps the high intensity of the game will tire the terries out quicker and United can capitalise in the latter stages.

The last two changes for United are made as Rashford and Mkhitaryan come on, Mata and Martial come off. If there are any injuries then they will be down to 10 men. Martial was also on a yellow card and if I’m Mourinho I wouldn’t want to risk a red.

The two changes mean that Herrara is playing on the right hand side of a back three. Should this work it would be an incredible tactical decision but United are still struggling to get in behind this Huddersfield back line, resorting to long balls into Rashford that have all been overhit.

Another cynical challenge by a Huddersfield player that, judging by the cards Lee Mason brandished early on, should have been a yellow card. More poor refereeing. Huddersfield now in the 60th minute are already looking tired.

Ashley Young just did exactly the same tackle as the one by Huddersfield before and got a yellow card. I really don’t understand what Mason is doing. Is he rolling a damn die where even numbers are a yellow and odd are not. Ludicrous, simply ludicrous.

All the United attacks in the past ten minutes have all be channelled through the centre, neglecting the abundance of pace on both wings. Even though they are having the lion’s share of possession they haven’t had any clear opportunities to score.

With 20 minutes left I can see no way in which United can come back in this game. Huddersfield have just been too organised, too well-drilled. Should they win it will be a fully earned three points.

First shot on target in the second half for United. Ashley Young finally delivers a decent cross and the flick on by Herrera would have gone into the bottom corner if not for a fantastic save.

Lukaku sprints down the wing to keep in a ball that would have given United a corner. He whips in a beautiful cross right onto the head of Rashford who makes it 2-1. There is ten minutes left to grab an equaliser and there are a lot of tired Huddersfield legs. In the last 10 minutes of the game United have had over 80% of possession, this is the point in the game where they have scored the most goals and they will need another to rescue a point.

Chris Smalling has received orders to stay up front alongside Lukaku, with only Lindelof staying back. This is all or nothing by Mourinho. Three minutes plus injury time. The Huddersfield fans are doing everything they can to cheer on their team, including their chairman who is singing along to chants.

The fourth official holds the board aloft to show four minutes of stoppage time. I think they have done enough now to secure the win, and what a win it would be. Their third substitution comes on to wind down the clock.

Smalling gets the ball with a seeming open net but as he shoots a sliding defender blocks a surefire goal, making sure his side won all three points. The first time that Huddersfield have beaten Manchester united in 65 years.

David Wagner’s side unquestionably deserved the points putting in a fantastic team performance. United just weren’t good enough on the day, their first defeat in the league this season.