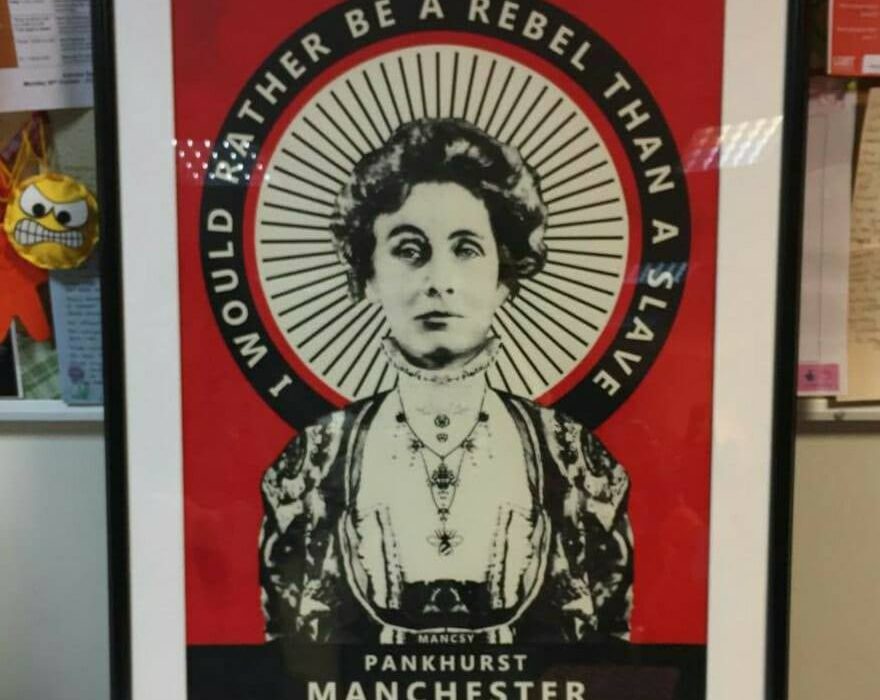 Manchester Action on Street Health, more commonly known as MASH, held a successful exhibition in order to raise money and awareness for their cause which provides safe space for Manchester’s sex workers.

Set-up in 1991 to provide sexual health consultation, in the past year MASH has supported 713 women across Manchester. The exhibition showcased the talent of these women, with many people arriving at the drop in centre specifically to support MASH.

As you entered the exhibition room, you’re eyes were met with an abundance of colour. Lining the walls were pieces that included expressive poetry and intricate images that evoked themes of tumult and beauty.

Amongst this was a number of impressive pieces of photography by Shari Denson, who had previously photographed the likes of Elbow. However it was her images of Crosby Beach, Liverpool that were strikingly emotive.

Whilst incorporating Anthony Gormley’s Another Place sculptures, Denson rendered what initially seemed to be a vacant and bleak landscape with emotive expressions of freedom and tranquillity.

Accompanying this imagery was a poignant passage by Denson stating that “As Humans we are all quite similar, yet depending on external forces appear so different”

The art on display were all available for purchase with all proceeds going to MASH. In an effort to further raise money the illusive artist that is Mancsy donated a bold and powerful piece. It depicted Emmeline Pankhurst with her quote ‘I WOULD RATHER BE A REBEL THAN A SLAVE’ arched above her in a style reminiscent of Russian artist, Alexander Rodchenko. With the contrast of red, white and black the piece communicated a proud display of invincibility and defiance.

Mancsy’s donation was offered as the prize in the exhibition’s raffle which MASH drop-in volunteer, Anna Hicks, won. She said “I’m beaming from ear to ear”.

Intricate handmade jewellery and a book of honest and original poetry were also showcased, highlighting the reflective and creative power that has been able to develop due to the space provided by MASH.

For many of these women art has provided an escape. Chief Executive Cate Allison and Pete Whitley, a Session Worker who focuses on picture framing and art, discussed how the concentration required to create art transports a person from where they are now to a “different space”, continuing to state how, “by holding an exhibition it gives women a real sense of who they are.”

The economic situation of today has had a devastating effect on a number of sex workers including forcing the return of some women to the streets. Cate explained “we work with people that have a whole range of different needs, when all of those services get squeezed then that’s a really bad place to be — changes in benefits, plus you can’t get the support with your mental health that your used to, plus the drug and alcohol services are harder to reach than they used to”

Pete continued, “people get sanctioned for even not turning up for an appointment at the Department for Work and Pensions or at the job centre and you get your benefits cut by ex amount of weeks. Leaving them with absolutely no money”

The women who rely on MASH are a regularly overlooked demographic. Many believe that these women chose to be sex-workers, in a similar way that one decides what colour top to wear. This toxic attitude in turn dehumanises them, pushing them to the fringes of our society. However the exhibition demonstrated that these women posses powerful and creative voices that should not brushed off as a result of their circumstance.