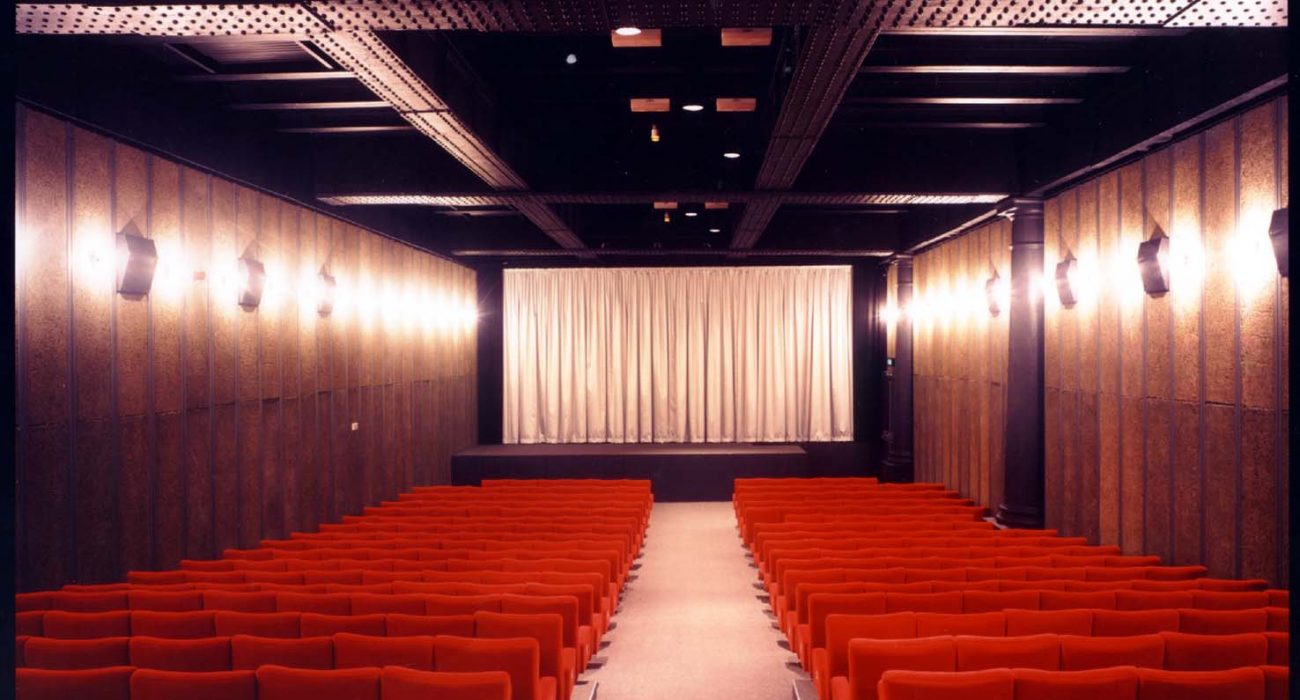 Directed by Alain Gomis — Rated 12A

A gritty, music-infused drama about a Kinshasa bar singer who comes out of her emotional shell after a brush with misfortune, the fourth feature from French-Senegalese director Alain Gomis (Tey) was one of the standout features at the 2017 Berlin Film Festival. Initially grounded firmly in realism, the film gradually morphs into a dreamlike mood piece and, eventually, a tentative romance.

The title of this tense, unsettling and atmospheric psychological chiller couldn’t be more apt, with debut British director Rupert Jones creating a dizzying nightmare that looks slightly different with each twist and turn. Toby Jones is typically terrific as Carl, a single man whose attempt to live a carefully ordered existence is upset by visitors he can’t easily control (Sinead Matthews as a pushy date; Anne Reid as Carl’s mother). Shades of Polanski’s Repulsion and, following on from our opening night, Hitchcock’s Psycho colour Jones’ story, creating a tightly wound and unpredictable tale with a fascinating character at its centre.

Directed by Michael Almereyda — Rated 12A

What would we remember and what would we forget if we could choose? In a near future, 86-year-old Marjorie (Lois Smith) has conversations with a hologram that resembles her dead husband and has been programmed to share Marjorie’s past with her. A fascinating film about identity and memory, love and loss from director Michael Almereyda.

Call Me By Your Name

It’s the summer of 1983 in northern Italy, and Elio Perlman (Chalamet), a 17-year-old American-Italian, spends his days in his family’s seventeenth-century villa lazily transcribing music and flirting with his friend, Marzia.

Amid the sun-drenched splendour of this sensual setting, Elio and Oliver discover the heady beauty of awakening desire over the course of a fateful summer. The latest film by Luca Guadagnino (I Am Love) is sensuously adapted from the novel by André Aciman.

William Friedkin’s remake of Clouzot’s Wages of Fear has acquired a sizeable reputation after having been marginalised on release.

Four desperate renegades, led by Roy Scheider, reuniting with the director after a public falling out following not being cast in The Exorcist, from different parts of the globe agree to risk their lives transporting gallons of nitroglycerin across dangerous South American jungle.

The equal of the original, the film has been restored for its 40th anniversary and, augmented by the Tangerine Dream score, is essential big screen viewing.

Steven (Farrell), an eminent cardiothoracic surgeon is married to Anna (Kidman), a respected ophthalmologist. They are well off and live a happy and healthy family life with their two children, Kim and Bob.

Their lives take a darker turn when Martin (Keoghan), a fatherless youth with whom Steven has a strained friendship ingratiates himself further into the lives of the family.

Lanthimos’s follow-up to The Lobster is a brilliantly realised, Kubrickian look at human behaviour.

As a newborn, ‘Il-young’ is abandoned in a subway station locker and eight years later, she is sold to the godmother of a Chinatown gang. Coin Locker Girl is a story of two women who have found their own ways to survive in a cruel, harsh world.

Directed by Kim Dae-hwan — Rated 12A

Kim Daehwan’s film explores generational conflict within a contemporary love story in thrilling forensic detail. Twenty-somethings Su-hyeon and Ji-young live together in financial and emotional insecurity. When Ji-young tells Su-hyeon that she may be pregnant, pressure mounts on them to either commit or split up.

12th November — The Day of the Jackal + Discussion

A UK-France co-production, Fred Zinnemann’s legendary film explores the attempts of a right-wing paramilitary group to assassinate French President General De Gaulle following the independence of Algeria. Boasting a career-defining performance from Edward Fox and replete with many political twists and turns, The Day of the Jackal is one of the best thrillers of the 1970s.

This screening will be followed by a post-screening discussion with Roy Stafford, Freelance Film Educator.

Whether inside prison or out, ruthless gangster Jae-ho and his new young protégé Hyun-soo struggle to trust each other in a world of endless double-dealing and betrayal. Reminiscent of Tarantino, this is also a moody neo-noir, all existential musings, rain-swept treachery and savagery just out of shot.

Despite taking an integral role in the Kindertransport and working in partnership with the British intelligence, Wilfrid Israel is a forgotten hero. This fascinating documentary explores not only Israel’s remarkable rescue operations but also the reasons they had been kept secret for so long.

This screening will be followed by a panel discussion with Ruth Barnett and Dr Jean-Marc Dreyfus, chaired by Dr Bobby Garson.

14th November — One Nite in Mongkok

A hitman from the Chinese mainland, Lai Fu, is hired to avenge the death of a Hong Kong crime lord’s son, but the police are onto him from the start. Hidden in the dense streets of Mong Kok, Lai Fu works to complete his contract.

Hosted at HOME in Manchester, the festival brings one of the UK’s biggest animation hubs together and invites the international community to join us to delight in all things animated.

Animation is everywhere, from the smallest smart phone screen to the largest cinematic projection. Manchester Animation Festival unites artists, practitioners, students and enthusiasts and all those in between to savour the many and varied achievements of the animated form.

If you’re an animation insider or just want to see something unique, you don’t have to be an animation boffin to join us for animated short competitions, feature films, retrospective screenings, workshops, networking events, panel discussions, masterclasses and screen talks from the industry’s finest over three packed days.