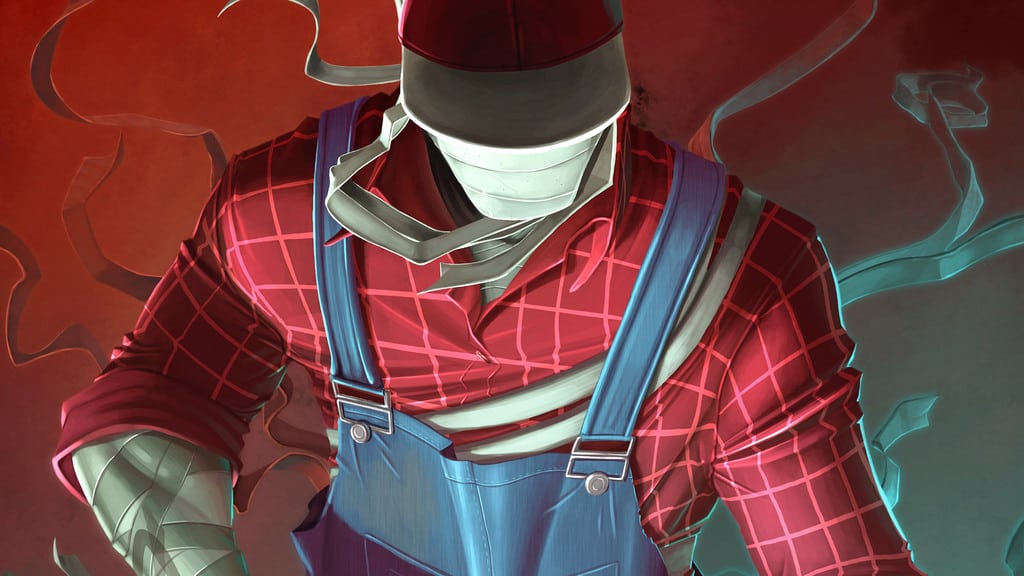 Immortal Redneck was never a game I was meant to like. From its immature sense of humour to its roguelike game design to its nostalgic invocation of an era of gaming which predated my experience, I fully expected to hate Immortal Redneck. What I soon found, however, was almost the complete opposite.

The backbone of the game is your ‘run’, in which you must navigate the floors of a randomly generated pyramid. Each room you enter requires you to kill every enemy in order to leave it until you eventually hit a dead end, die, or find the stairs up to the next level (or boss). Each death is permanent, sending you back to base, where you must re-enter the pyramid and start the run again. There are three pyramids, and you must defeat each one to gain access to the next. 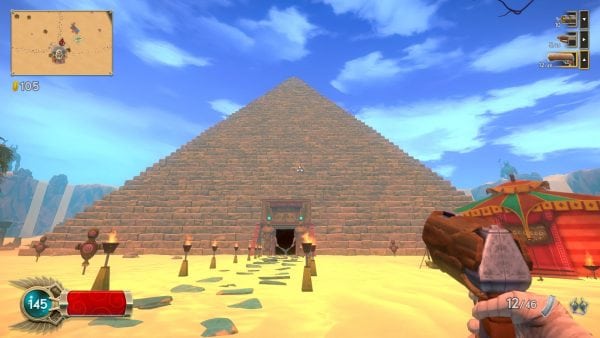 On top of this simplistic backbone, however, developers Crema have built a whole network of intricate sinews, impressive muscles, and a fully realised skeletal structure to boot, fleshing out the game into a really quite impressive specimen.

The first-person shooting mechanics are undoubtedly the first thing you’ll notice when playing Immortal Redneck. In the game, combat is high-octane, hyperkinetic, and minutely responsive. If you’re standing still in Immortal Redneck, you’re probably doing something wrong, and when in a room you hardly have a second to think until the room has been cleared. 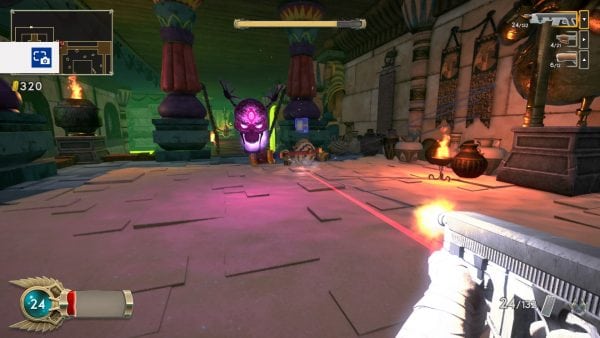 This goes a long way to compensating for the game’s biggest weakness: its narrative and dialogue. In Immortal Redneck, there is little in the way of either, and what there is is generally annoying or nonsensical. I soon realised, however, that I barely noticed this. Immortal Redneck completely circumnavigates that emotional, analytical part of your mind and taps straight into your lizard brain.

Nonetheless, had Crema relied on the strength of the gameplay alone, it would quickly have become monotonous, and this is where the RPG elements come in.

In each run, killed enemies drop gold. You collect this gold, and it stays with you when you die and return to the homebase. This can be spent at the skill tree (which, pleasingly, is a physical tree that grows as you upgrade), which, in turn, will make you better equipped for your next run by granting you more health, better attack or defence stats, or various other benefits.

Additionally, you can, in true RPG fashion, unlock eight different playable classes (after the redneck), all of which come with different weapon loadouts, special skills, and stat benefits. One, for example, regenerates health from kills (at the expense of being able to pick up health kits), whilst another can summon a falcon to attack nearby enemies. 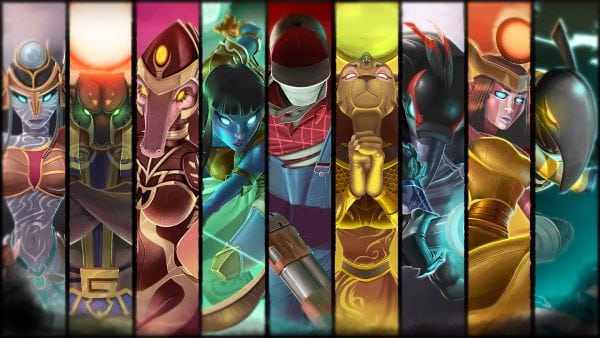 These RPG elements made it so that the pyramids weren’t the only place you were constantly moving, ensuring that you were always progressing, adapting your metagame, and finding new ways to optimise your run.

The roguelike elements of the game also add plenty of variety. Whilst you start with a preallocated set of guns, enemies will occasionally drop more. An arsenal of more than fifty weapons ranging from weak and cumbersome to powerful and satisfying ensures that rooms can always be approached in a variety of ways.

The strongest randomised element of the game, however, were the ‘scrolls’ – drops which acted as modifiers of your run. Scrolls could be game breaking or game making, but were always game changing and kept things interesting. With a hundred scrolls in the game, each pickup was a true lottery. One scroll immediately took 80% of my health, and another got rid of all my guns spare one. On the other hand, one effectively gave me another life, whilst another meant I was followed by an illuminati triangle that killed minions.

Perhaps because of this level of chance in terms of drops, I was a little disappointed by the range of enemies and rooms. Whilst it admittedly made the game easier, I soon knew every enemy and recognised the vast majority of rooms. Whilst each room and enemy were sufficiently different from each other to maintain diversity, it meant some runs felt a little stale, especially when the more irritating, awkwardly tiered rooms started recurring. 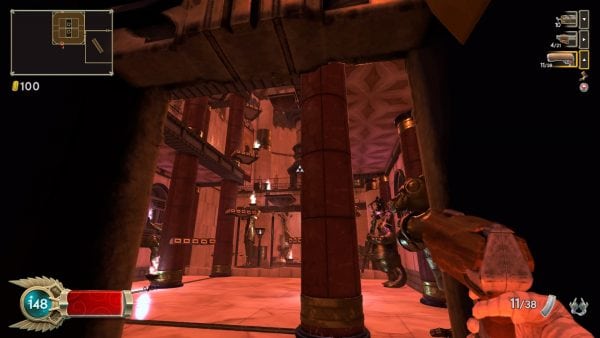 Regardless of how many hundreds of enemies and rooms you encounter, though, what lends the game its old school feel is that is only ever one real enemy: the game itself. It’s a game that challenges you to beat it, but, unlike some similar games like RUINER, it is a game that is intelligent in its approach to challenge: Immortal Redneck always pushes you, but shows enough restraint to give you the tools to unravel it if you’re willing to put in the time.

In some ways, Immortal Redneck isn’t so different from the pyramids which act as its levels. On the outside, it looks simplistic and antiquated, but on the inside lies a surprisingly thorough, intelligent and intricate web of design mechanics that keep you compulsively playing, and make you enjoy it while you do.