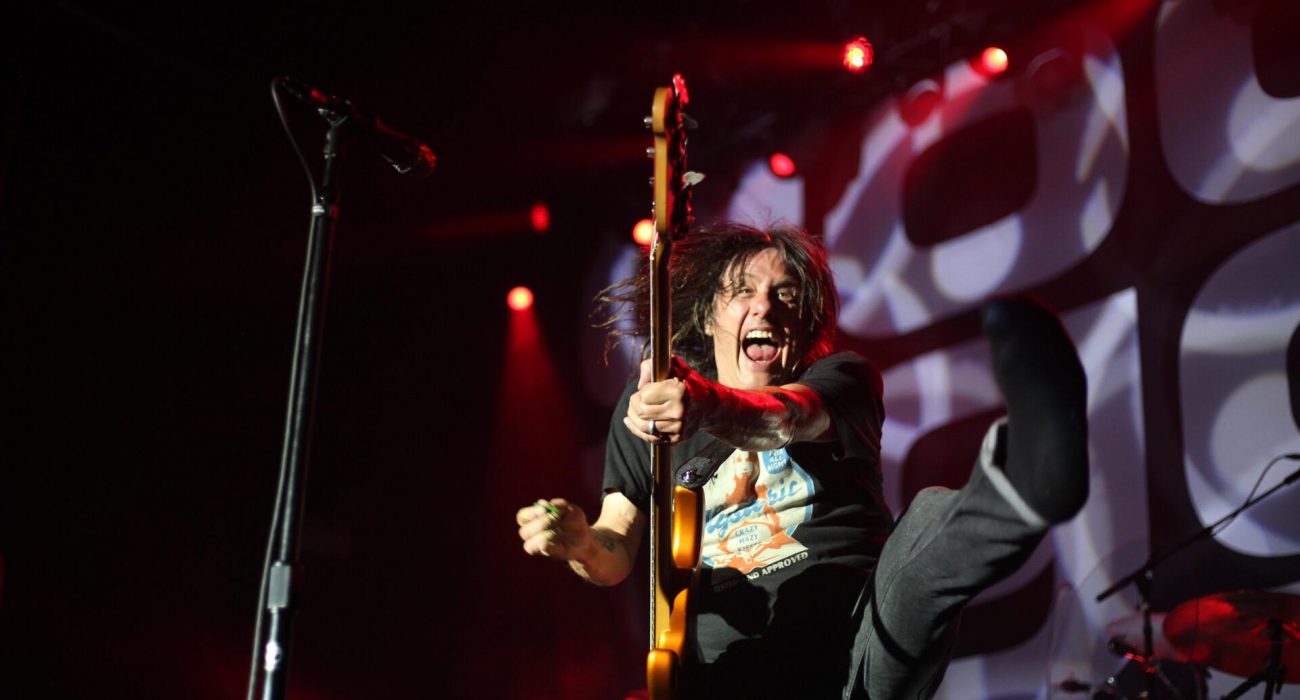 The O2 Ritz venue has long been a highly sought after and well regarded playing ground for a variety of bands over the years. For 90s indie rockers The Goo Goo Dolls, there was no exception as they raucously took to the stage, delivering an electric performance that sparked with a surprising power and rippled frantically across the dance floor up to the balconies.

A perfectly matched support was found in Scottish band The Xcerts who provided a couple of powerful rock numbers to really catch interest and enter the highly animated crowd into the gig experience. They raced through killer tracks including “Daydreaming” and “Feels like falling in love” with explosive energy and although their set seemed fairly short, it did introduce the crowd to another side of the post 90s indie rock in an appealing way.

After a particularly long break and some substantial adjustment in lighting, the Goo Goo Dolls banner finally rose at the back of the stage theatrically. With a screech his electric guitar, lead singer Johnny Rzeznik appeared at the side of the stage, leaping up the stairs towards the excitable crowd and launching into their opening track “Dizzy” as the eclectic mixture of lights danced across the stage.

Admittedly I attended the gig under the impression that at least a small portion of the crowd was attending for one song and one song only. This is, of course, their 1998 hit “Iris” which is undoubtedly the most well-known track from their album Dizzy Up The Girl. It was crystal clear that the band were aware of this, with Rzeznik chuckling as he played the opening chords: “well, of course, we were going to play this one!” before launching into the epic ballad.

However, this was to be just a small part of this energy bursting performance which enthuse and enthralled the mostly middle-aged but youthfully enthusiastic crowd from start to finish. The band took control of the stage with a typically nostalgic rock feel, encouraging and interacting heavily with the crowd throughout their blistering 2 hour set list of tracks. Stand out songs included “So Alive” which was a punchy anthemic track from 2016’s Boxes that the crowd lapped up eagerly and sung loudly. In between songs, there were plenty of comical moments from discussions about Manchester’s culture (and pubs) to various endearing moments of crowd interaction through call and response. The encore provided a moment of reflection on their latest album with title track “Boxes” and there was a sense of satisfaction within the room as the final chords of “Broadway” rang out and the spotlights faded down for the final time.

In many ways, this gig didn’t offer anything particularly outrageous or new in its approach to indie rock. However, what cannot be denied is that the band has remained true to its roots. In heartfelt songwriting and style, The Goo Goo dolls have found their niche; delivering a range of cleverly arranged tracks and seemingly truthful storytelling to an adoring crowd.