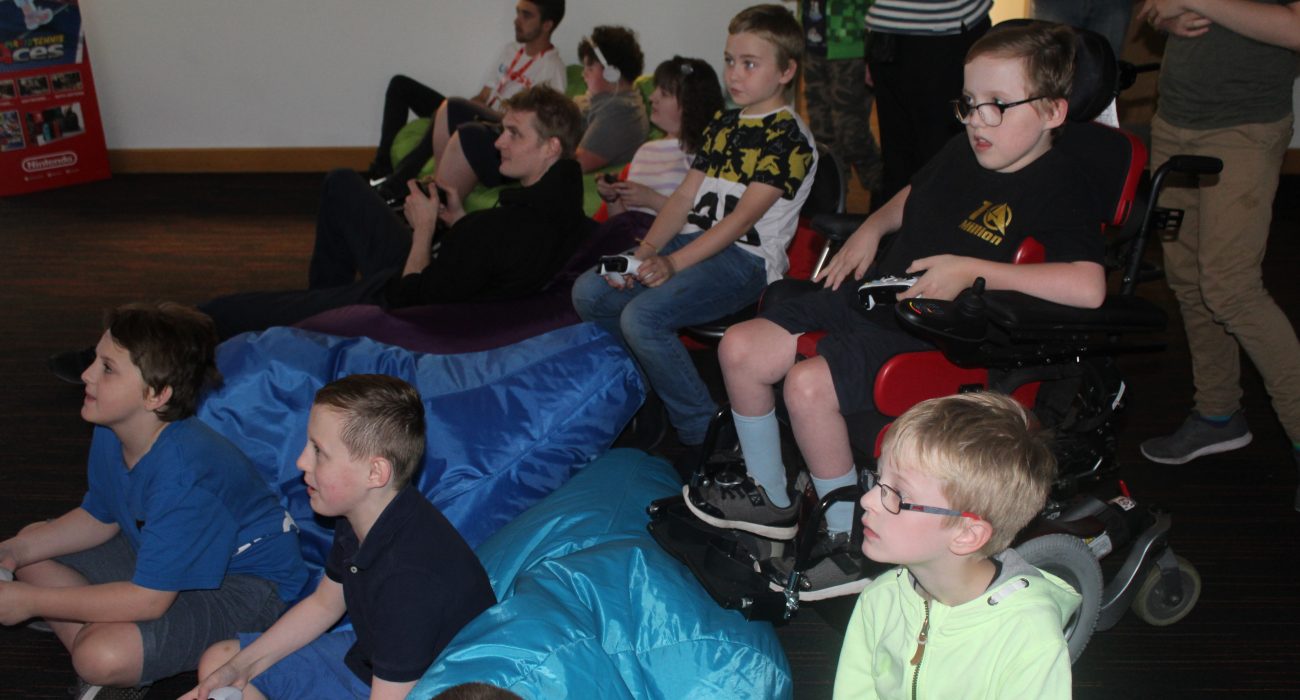 When I walked into Everyone Can’s Sale headquarters, I was greeted by what I can only describe as a gaming nirvana: a row of huge screens adorned the walls, and a row of bean bags sat lined up in front of them. A driving wheel sat off to the left, and I spotted a number of other devices, including a Nintendo Switch, scattered about. Whilst the room was darkened and vacant at the time of my visit, it was clear that getting people in here wasn’t going to be a hard sell.

And so it has proved for the increasingly popular Everyone Can, a Manchester-based charity whose remit is to help the disabled with all things accessibility. In particular, however, much of their focus over the last five or six years has been helping disabled people play video games. I sat down with Julian Lee (General Manager), Paul Sullivan (Gaming Manager), and Nikki Jones (Community Engagement and Fundraising Officer) to find out more about the charity’s work.

“Basically, we look at existing technology and match that to the needs of disabled people. Whether it be controlling their environment, whether it be reading, writing, or indeed having fun, which is where the gaming comes,” explained Julian.

“We are a charity and charities are there to help out where the government or society won’t.”

Paul expanded on this, saying, “Getting (governmental) funding for gaming is incredibly difficult. It’s only been recently in the last five or six years that we’ve been able to offer that kind of service. But children are children; whether they’re disabled or not, they just want to have fun. That’s why accessibility is important, to enable them to play alongside their friends, siblings, and able-bodied people.

“It’s a form of escapism for everybody. Having as equal a playing field as possible is massively important.”

Our conversation moved to the more practical aspects of providing such a service, and the kind of disabilities Everyone Can aimed to cater their services to.

“Everything and anything,” said Julian. “Some people have very complex disabilities, and we try to enable them to have as much fun as possible. Unlike some other charities, we don’t block people because of age or disability type.”

Everyone Can, as their staff explained, help people with an extremely wide range of disabilities, both physical and mental. Their core service is split into two main arms: individual assessments and open sessions. Individual assessments are a more bespoke service, aiming to “try and help (individuals) in whatever they’re trying to achieve” by recommending them a range of specially designed technologies. The open sessions are “about gaming together,” and focus on getting visitors playing local co-op games in a relaxed, sociable and purpose-built environment. 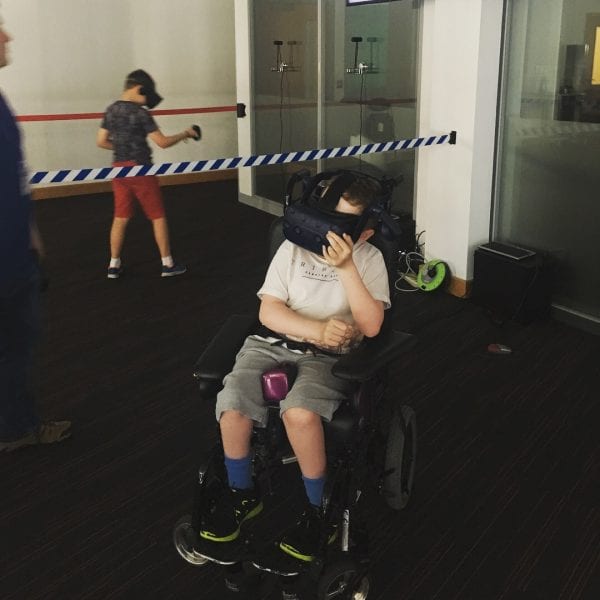 Accordingly, whilst some of Everyone Can’s roster of games are niche games specially designed for certain types of disability, the main game names that came up were familiar ones: Mario Kart, Rocket League, FIFA, Gang Beasts, and similar titles.

Whilst the Everyone Can team were upbeat about everything their technology could achieve, it was tempered with the kind of realism that years of experience brings.

“We do have to keep it real; we can’t get all disabled people playing AAA titles. We get them playing at the highest level our technology can afford them.”

What could not be played down, however, was the positive impact that the charity had on the lives of those it is dedicated to helping.

“The difference we’re making, you can see it in the smiles, the laughter, the noise level. It’s the sound of fun. It’s a sound every person, every kid, should be able to have,” said Julian. 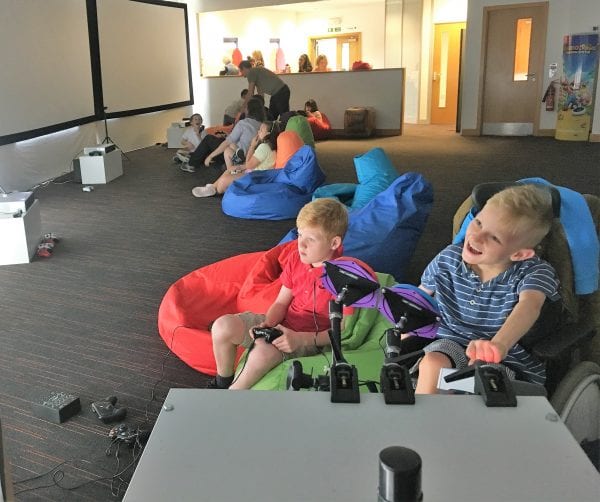 “I always just think back to the last one or two people that we saw. There was a young lady yesterday who has a severe form of cerebral palsy, and the only thing she can physically do is press a switch with her knee, and we got her playing a small range of games, which will be increasing, and she just had a huge grin on her face because she’s never been able to play a game in her life before.”

I got the sense that Everyone Can were thriving and growing – Nikki had said as much – but, like for most charities, securing funding has never been easy. Paul, in particular, was vocal about the the difficulty they could sometimes have in explaining the social benefits of gaming to governmental bodies and society in general.

“We’re often asked, ‘what are the takeaways?’ We say, ‘Can there not be any? can they just not have fun?’”

I knew what Paul meant. Fun, in the view of Everyone Can, should be an end in itself, never mind the numerous social, developmental, and psychological bonuses the team had observed. As Julian had said earlier, fun is something every person should be able to have.

“The question of funding always pops up with issues like, ‘what are the benefits?’ And with it being gaming, and gaming being responsible for most of society’s evils, it can be difficult. Gaming can be such a force for good, but it can be difficult to convince the people who write the cheques, who often aren’t gamers,” said Paul.

This frustration, I imagine, is fairly common to all charities, being, as Julian pointed out, produced axiomatically by a lack of government funding. And like all charities, Julian emphasised how reliant they were on donations, volunteers and fundraisers in order to keep on doing their work. “We don’t charge for what we do, but we do cost,” he said, wryly.

Nonetheless, the team remained upbeat about the future. Paul was effusive in admitting that the awareness and appreciation of accessibility in gaming was, “growing and growing” and said “it’s far more at the forefront now, helped by the accessibility controller from behemoths like Microsoft. If companies like them are on board, then hopefully the rest will follow suit.”

As for their own work, Everyone Can were committed to continuing their core mission whilst constantly adapting to the ever-changing landscape of game design, a discipline Jason Schreier compares to constructing a building in an earthquake due to its frenetic nature.

“We see ourselves carrying on with the technology, but that doesn’t mean we’re standing still.”