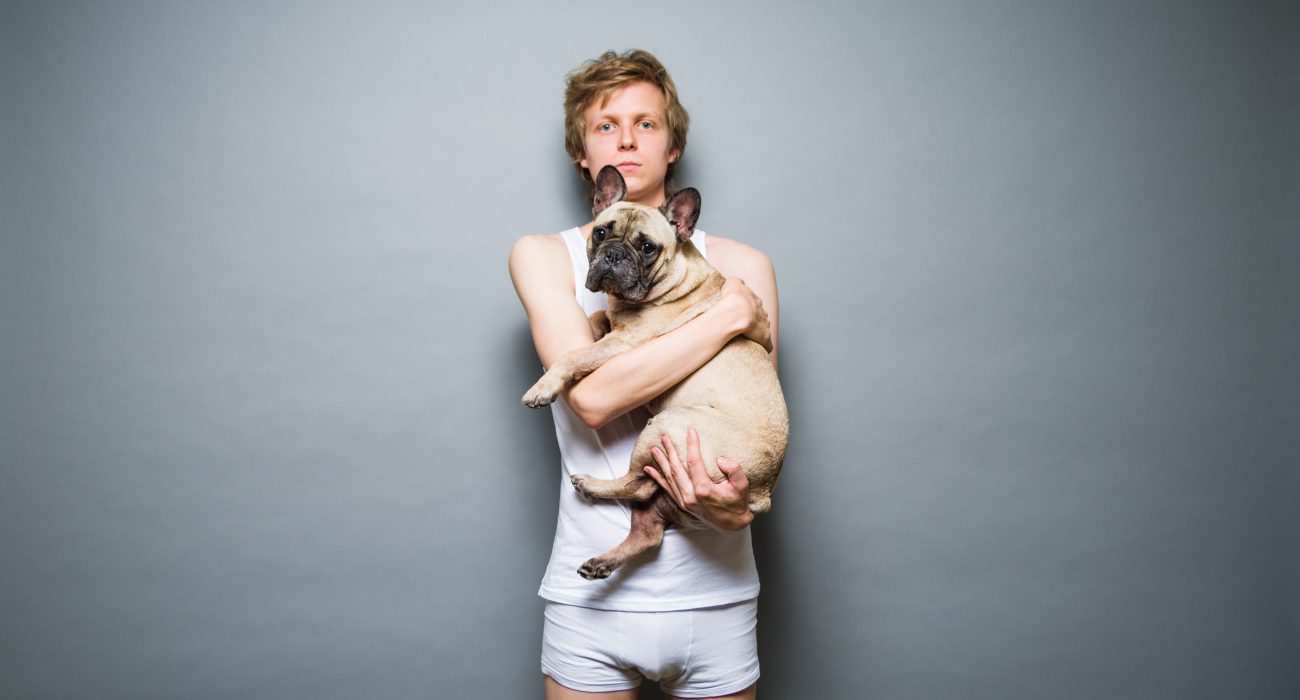 After sold-out shows at the Edinburgh Fringe Festival last year, followed by a five-star run at the King’s Head Theatre in London earlier this year, Awkward Conversations with Animals I’ve F*cked is now coming to Manchester.

The play’s sole-character  has “too much love to give, and a burning desire to give it to consensual adult mammals.”

The tragi-comedy takes the form of a one-hour long monologue. Linus Karp is both the play’s sole actor and one of its producers. He plays the awkward Bobby, dressed only in his vest and underpants.

Created by Rob Hayes, the play is said to be ‘a hilarious and disturbing psychological examination of loneliness’. It will tackle mental health, focusing on ‘how toxic masculinity can undermine loving and healthy social connections,’ whilst simultaneously illustrating ‘the absurdity of society’s treatment of animals.’

The piece has received praise from the likes of Simon Amstell, Edgar Wright and Mark Gatiss. It has also received notable positive reviews from Time Out, The Stage, and Gay Times, amongst others.

hello. if you are an adult, you may like the play 'awkward conversations with animals i've fucked'. thank you. https://t.co/5V5hEyGDzc

Really enjoyed. Linus Karp was great. Hadn't seen the show before and was struck by how strangely moving it is, given the subject matter.

This production will see the reunion of the creative team from previous runs, with Linus Karp returning to his celebrated role of Bobby.

Awkward Conversations with Animals I’ve F*cked runs at the King’s Arms in Salford from 15th until 16th October.