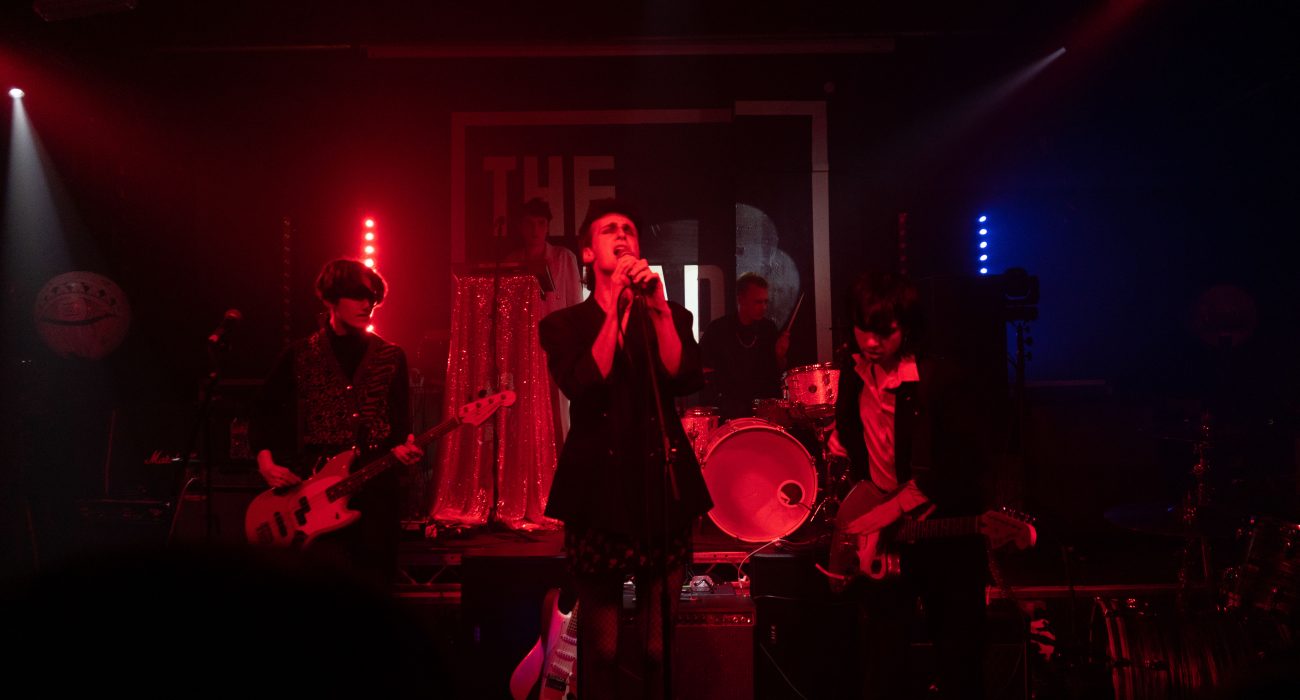 The Whimsical World of Walt Disco

There is a distinctively electronic sound that is emanating across the latest indie punk and rock playlists across the UK – especially in smaller music venues and none more so than in Manchester. A new age of a kind of glitter-grit punk appears to be emerging in creative and collaborative cultural environments and it feels both inspiring and surprising in equal measures.

One such band that has recently become undeniably visible is the Glaswegian five-piece band, Walt Disco – who blend harsh aesthetic choices with even harsher, heavy guitar sounds when performing. However, a glance at their discography reveals an electronic wonderland that is both as fun and fierce as their name suggests.

Their most recent gigs have included supporting slots on tour with The Ninth Wave including a sold-out show at Manchester’s Soup Kitchen – my first experience of the full, ferocious energy that this band harnesses. 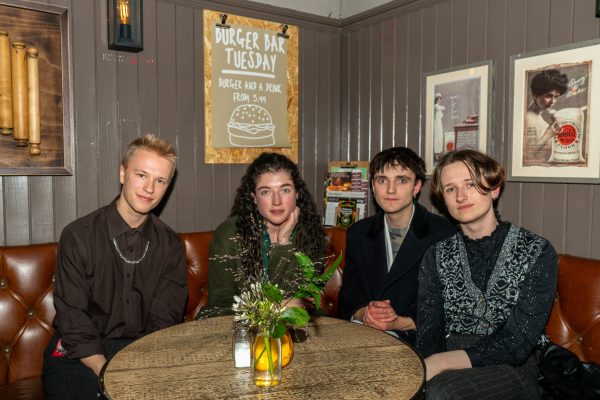 Just under a month later they returned and performed at Manchester’s Bread Shed, supporting The Joy Formidable as they embarked on a tour across the UK. It was at this gig where I caught up with the band to chat about some of their experiences on tour, new material and their aspirations for the upcoming year. Living together in Glasgow with a mixture of fellow bandmates and punk performers and artists, it is no wonder that their glitter laden drag personification has had the space to flourish. Led by their devilishly dramatic frontman James Potter, it really seemed that they were the perfect support on the respective tours.

Their tracks have a distinctive electronic sound mapped by a force of poetic, punk-inspired rock to blasts of dreamy 80s pop instrumentals – all of which seem to build with gliding ease as their set progressed.

Speaking to synth player Dave Morgan, it became clear that their latest release reveals something of their origins. At the time, ‘Dancing Shoes’ had recently become available across all major streaming services as one of their earliest singles they created and he described this track as “the most personal moment” in James’ songwriting.

It seems that their latest performance incarnations reveal newfound confidence whilst still maintaining a level of vulnerability and evidently Scottish heritage in their portrayal. The band agreed that they were ambitious to take on bigger venues in the future, citing Glasgow’s Barrowland Ballroom as “one to tell the grandchildren” when they eventually perform there.

They also revealed that there would be a number of festival gigs including coveted slots at Live at Leeds, Hit The North and South by Southwest in Austin, Texas – which the band were excited to announce.

Continuing with a theme of vaudevillian glamour, however, it was interesting to find that the band still hoped to do some very distinctive events, including playing in “old theatres and historic town hall” settings – seeming to align quite stunningly with their projection of a glamourous aesthetic that is definitively male and yet not overtly masculine.

Walt Disco seem to offer a unique perspective into androgynous fashion and savage, synth-rock – neither defined or diminished by the echoes and vivid visions of the drag artists and punk performers of the past.

The band will be returning to Manchester to perform at YES, in the basement venue as part of their ‘Young, Hard and Handsome’ Tour from April through to May 2020. 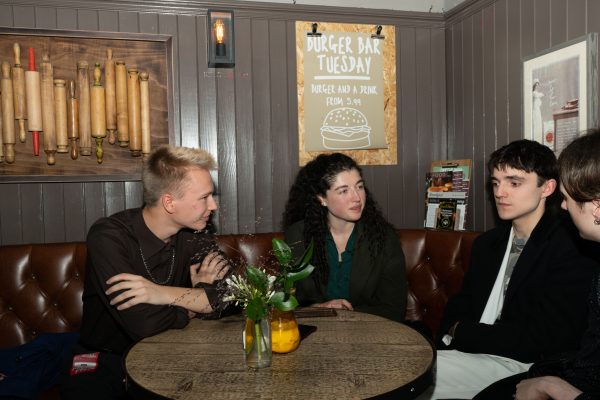