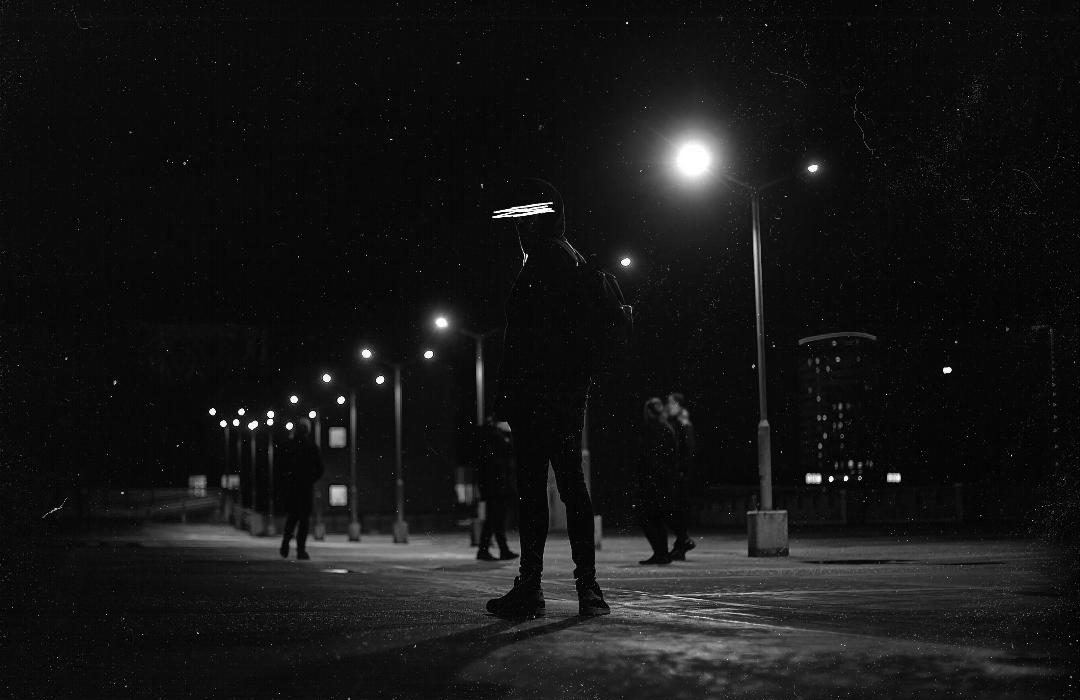 “Ridiculously epileptic,” states Luke Denvers, as he describes his vision for the lighting at a LOAstate gig.

Luke, accompanied by bandmate Sid Cooper, is donned in a suit for the occasion of our chat.  The band are relatively new to the Manchester music scene but are bringing a fresh and inspiring ethos to their music. Sid noted the ‘magic’ of Manchester desribing the city as the perfect catalyst for the freedom of ideas presented by bands like themselves.

Starting two and a half years ago, LOAstate is a collection of five members with a passion for music. “It’s about everyone’s influences and voice,” I was told, explaining that there is a freedom of genre within the band. Luke jokes that their slogan of ‘Order and Chaos’ described the War of the Roses and the Yorkshire and Lancashire divide between the band members. But emphasises that this sentiment is truly about finding the balance between order and chaos — dark and light.

Previously describing LOAstate as a ‘state of mind’, Sid explains this with a childhood anecdote about visiting Cornwall and seeing a piece ‘Love, Peace and Anarchy’ sticker. Questioning in this moment “what is Anarchy?” Sid has spent years trying to make sense of the concept and believes that he has found the answer within LOAstate. It is a philosophy about finding something you love and are passionate about which then gives you the peace of mind to face anarchy. Incorporating this into their song writing, Luke hopes to inspire listeners to “step into the unknown, and leave behind their previous state of mind.” The band wish to “give kids some confidence,” and present the notion that you can follow “a mad idea.” Both Luke and Sid place emphasis on the importance of this, and explain that making connections with those who have found meaning in their ethos, is incredible.

In terms of their music, whilst tracks such as ‘Why Me Why’ have been associated with American pop punk and bands like Linkin Park, the band explains that this is merely the result of a multitude of ideas and music tastes within the group. ‘Lewis Capaldi’, ‘Fall Out Boy’ and ‘Blink 182’ are some influences that were mentioned by the band, with Sid stating that ‘Why Me Why’ is in fact a Kanye West rip off. Speaking of their musical influences, Sid stated his new found love of Hip Hop culture, describing it as “learning a new language.” It is brilliant to hear a band that refuses to stick to the typical ‘indie’ genre, and is willing to allow a collection of musical tastes to inspire their sound. This can be evidenced in their latest release, ‘Gross Domestic Happiness // Create Great’, which is a combination of two separate songs, a creative process influenced by the likes of Kendrick Lamar and Travis Scott.

I questioned Sid and Luke about their ‘dream’ festival line up, imagining LOAstate as the headline act. Luke expressed his fondness Rod Stewart, claiming the artist to be “the reason [he] loves music” as well as Anderson Paak. Sid offered up Kanye West, Kendrick Lamar, and Eminem, with Bob Dylan as a rather surprising special guest.

Moving onto their own performances, Neighbourhood Festival 2019 was LOAstate’s first official gig, and they played to a packed Deaf Institute. Luke recounted that it “was a full room and better than expected”, and was surprised when the bouncers “shut the door after the first track.” Following this, LOAstate played at YES in November 2019, and in reference to this gig, expressed a desire to “bring people into [their] world,” wanting to truly tap into the simplicity of dark and light.

LOAstate’s next headline gig is at Band on the Wall on 4th April, and they’ve promised “a few new tunes, more in depth with [their] ethos,” as well as Luke offering to wear kneepads for his crowd interactions. For 2020, the band are looking forward to releasing some bigger tunes, really expanding their philosophy and making more connections with those listening to LOAstate. Luke and Sid mentioned the importance of passing their understanding of the world to the younger generation, and the significance of making every performance special. Furthermore, The Mancunion were given an exclusive announcement: LOAstate’s next release will be ‘Blue Skies’ on the 27th of March.

LOAstate are a new band, but with a philosophy and dream engrained into each and every action. I can’t wait to see their progression.