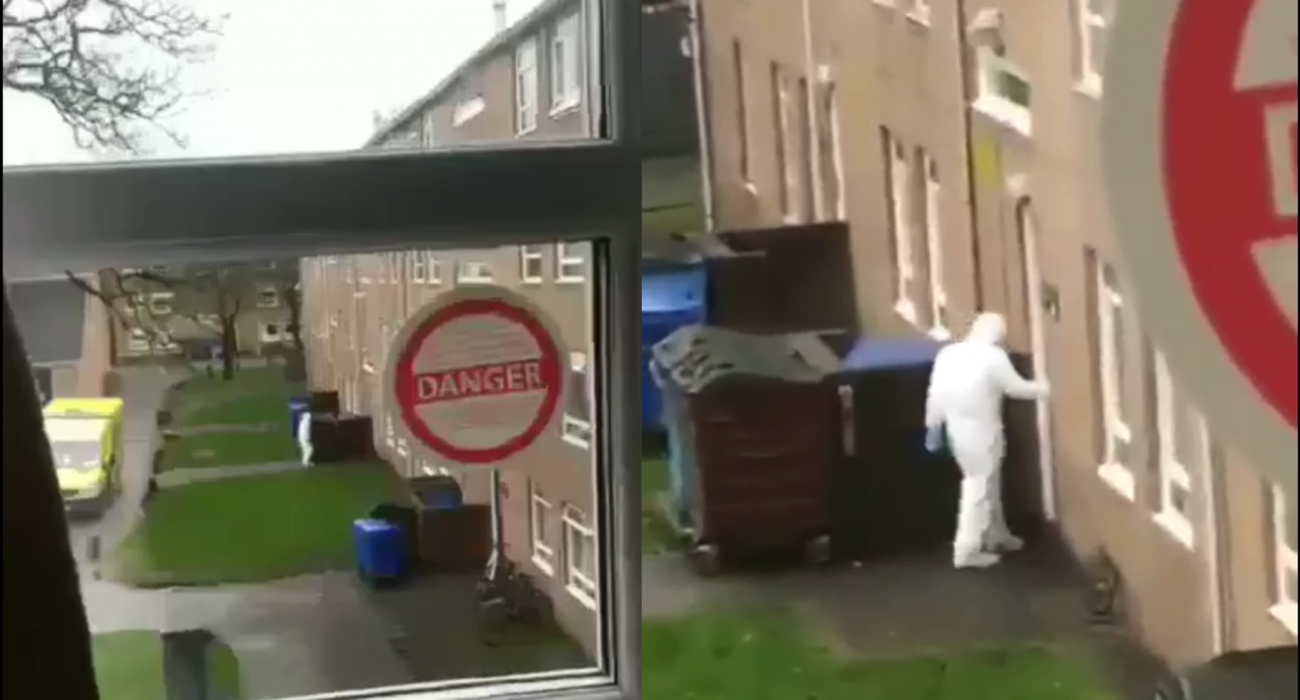 The University of Manchester has confirmed that a video today showing a medical practitioner in a hazmat suit entering student halls was a false alarm.

The University has issued a statement to The Mancunion certifying that the student does not have coronavirus:

“Paramedics attended the scene following a 111 call. Having examined the resident they are content that the person in question is not at risk of coronavirus. Ambulance staff have now left the site.”

The event, which took place in Fallowfield campus at around 12pm, was caught on camera by first year student Charlie Gibbs and is being shared across social media.

Charlie told The Mancunion that he does not personally know the student who was being visited but that he saw the ambulance arrive “a little before 12pm” before leaving with the patient.

He then witnessed the ambulance return, explaining that it merely “dropped off the person and drove off.”

The flat is believed to be part of Beech Court in Oak House.