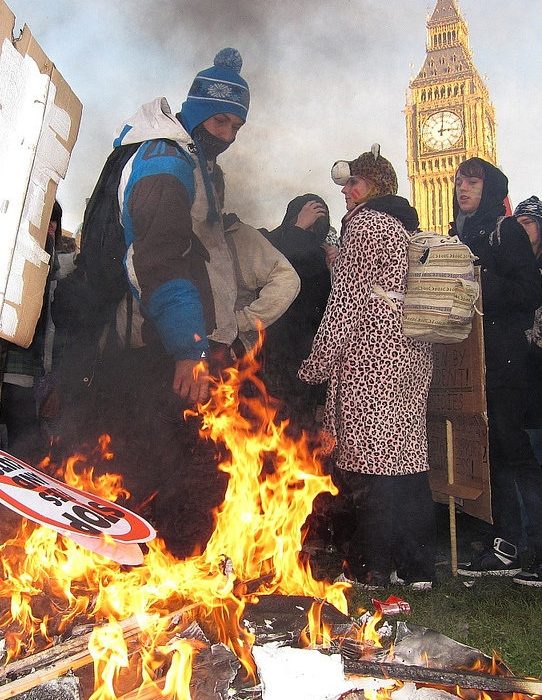 The activists who led the campaign against the tripling of tuition fees and cuts to higher education last year are planning a series of new protests for later this year.

Students from across Britain will head to London to join a “national education demonstration” in November while walkouts and occupations are planned to coincide with large-scale trade union strike action at the end of the month.

Tabz O’Brien Butcher, from the group Manchester Against Fees and Cuts, said that protests in November would be part of a broader “fight-back” against the coalition government’s austerity measures: “With the probability of mass public sector strikes, along with the calling for a national demo in November and a protests at the Tory Party conference in Manchester in October; there certainly seems to be a fresh wave of action,” she said.

Activists dismissed suggestions that the student movement had been weakened after the government ignored large-scale protests and allowed universities to increase tuition fees to £9,000. They said that there is no danger of their movement falling away.

Protesters from last year’s demonstrations said there is growing anger among young people after the government scrapped the Education Maintenance Allowance (EMA) and announced severe cuts to university budgets.

Amanda Walters, Communications Officer at the Students’ Union (UMSU), said that course closures and cuts to teaching budgets this year will help politicise students in Manchester: “For students entering the University this year, cuts will hit harder than rises in fees,” she said.

When asked why no one from UMSU was on the list of people who signed the open letter, Ms Walters said that UMSU is focusing on local issues, including course closures, redundancies and the rise in fees for postgraduate courses, because of a tighter budget. She said the Union would be fighting a series of “proactive anti-cuts campaigns”.