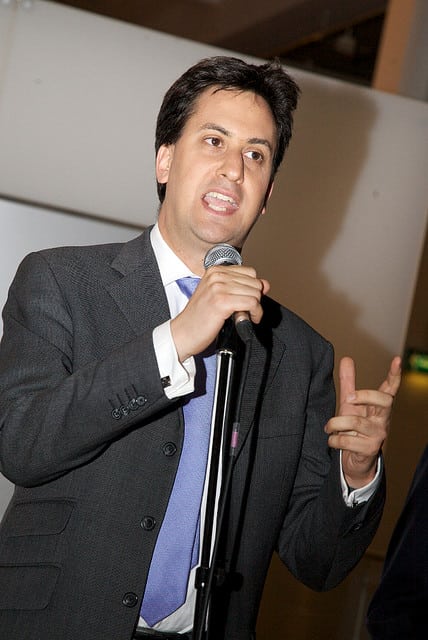 Plans would be paid for by reversing tax cuts for banks and asking higher earning students to pay more.

The maximum university fee would be cut by a third to £6,000 under a Labour government, Ed Miliband has announced.

The policy, announced at the start of the Labour party conference in Liverpool last week, would be paid for by reversing tax cuts for banks and asking high-earning graduates to pay more interest on their loans.

The move is part of a broader strategy to encourage both parents and students, angered by the coalition government’s decision to raise tuition to £9,000, to vote Labour at the next election.

Recent polls have shown that student support for the Liberal Democrats went from a high of 50 per cent during the 2010 elections, to just 15 per cent in November last year and the Labour Party are desperate to appeal to these disaffected voters.

Last week, Ed Miliband accused the coalition government of doing great harm to the next generation with their higher education policy. “We can’t build a successful economy if our young people come out of university burdened by £50,000 of debt” he said.

Miliband’s aides, however, stopped short of promising that the policy would be part of their manifesto for the next election; which is set to be held in 2015. “This is what we do now. But in three and a half years time we might be able to do more,” said an official.

Meanwhile, people from both sides of the political spectrum have criticised the Labour leader’s plan.

David Willets, the universities minister, and Liam Burns, president of the National Union of Students (NUS), said that the policy would do nothing to encourage poorer students to apply for university: as Ed Miliband had claimed.

“Will graduates enjoy lower monthly repayments under your proposals? As you do not appear to be planning any changes to the repayment terms, it seems that monthly repayments will remain the same” said Willets, in a letter to Labour MP John Denham.

“Moreover, there will be no benefit to the lowest-earning graduates because their entire outstanding debt is written off after 30 years, irrespective of its size. So your proposal jeopardises the funding of universities without reducing the monthly repayments paid by graduates.”

Others in the political world have accused the Labour leader of a u-turn, as the plan seems to signal the end of his support for a graduate tax.