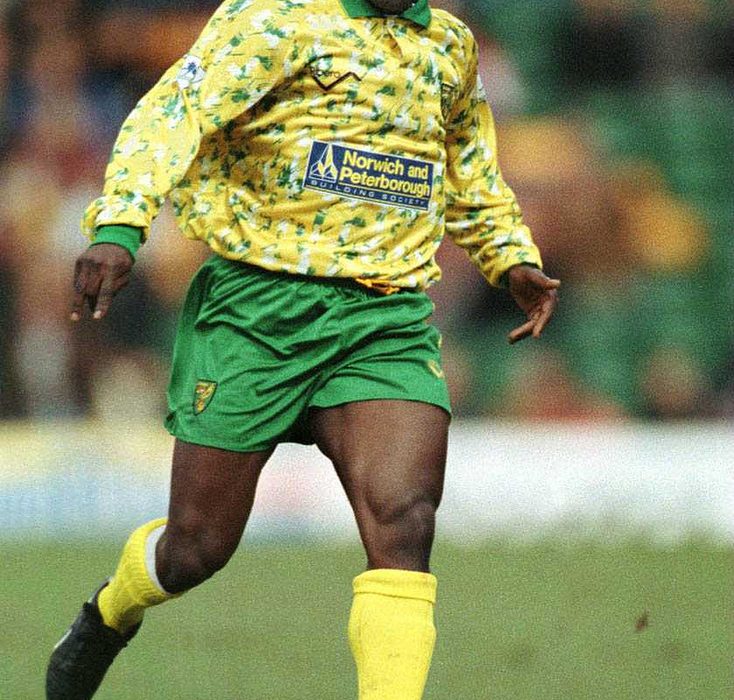 Where Are They Now? – Ruel Fox

The man once described as ‘the best player in his position in the country’ by Kevin Keegan upon his signing for Newcastle in 1994, Ruel Fox was one of the trickiest wingers in the Premier League having greatly impressed at Norwich City and was destined for big things amongst Newcastle’s galaxy of stars in the mid ‘90s. Fox had been part of a Norwich side which had reached the quarter finals of the UEFA cup, dispatching European giants Bayern Munich en route, and his signing for Newcastle appeared to be the step up he needed to fulfil his talent. A relatively successful spell at Newcastle came to an end after the arrival of David Ginola, and his career alarmingly spiralled downwards after his big money move to Spurs failed to work out. A brief spell at West Brom followed before Fox retired from professional football to run a restaurant in his hometown of Ipswich.
His football career however was revived through his involvement with the Montserrat national team, a small island in the Caribbean, who are still officially ranked as the worst footballing nation in the world. Fox helped to recruit players for Montserrat in the UK, whilst also playing for the minnows, scoring in a provisional world cup qualifier against Antigua. Since then, Fox has returned to the UK, and is working for Ipswich Borough Council as a Fitness instructor, whilst also sitting as chairman for local amateur football club Whitton United. Despite a career which failed to fulfil its potential, Fox has subsequently gone down in footballing folklore, both as a cult figure amongst Spurs fans as one of their worst ever signings, but also in reverence amongst Norwich fans, who voted him into their inaugural hall of fame in 2002.