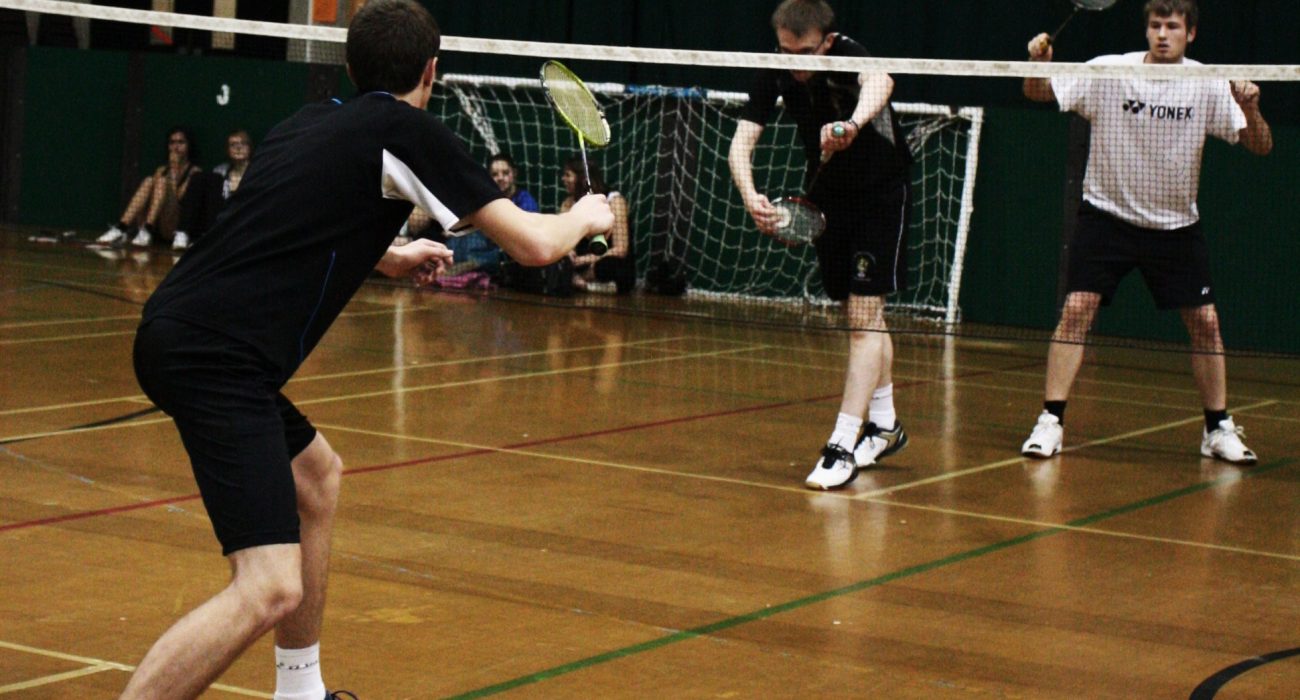 University of Manchester badminton continued its fine start to the season with wins for the Manchester men’s 1st and 3rd teams as well as the women’s 2nd team. For the Men’s 1st’s, the 5-3 win against Sheffield Hallam was their fourth consecutive victory, leaving them top the table. The match came down to the final rubber, with captain Nick Arden and James Kee holding their nerve to take it 21-19, 19-21, 21-16 in the tightest of contests with their teammates’ cheering vociferously from the side-lines. It was a service fault from Hallam at 16 all in the final game that finally handed the momentum back to Manchester as they took the last five points to seize the match. Club president Greg Mooney was keen to emphasise that this victory over one of their closest competitors keeps them on track for back-to-back promotions. If they achieve this it would mean top division badminton next year. Captain Nick Arden was pleased that for the first time this season every team managed at least one victory showing the strength in depth that Manchester possess. Singles player Jamie Bonsels was the standout performer, securing two victories for the team and winning four successive games against his two opponents. Arden also reserved special praise for James Kee, who put in a strong performance in his first match after moving from the 3rd team. He received the man of the match award from the skipper for his endeavour. The upcoming double header against 2nd placed Leeds Met will be crucial for the team with Mooney building up Leeds’ capabilities, commenting that they have a ‘who’s who’ of university badminton.
Things were far more comfortable for the 3rd team with an impressive 8-0 trouncing of Bangor. Things did not start well for the Welsh side as they arrived a player short and immediately forfeited two rubbers. Their miserable trip over the border continued with Manchester winning all of the available rubbers while losing only two games, both in the singles. The season in division Northern 2A has started incredibly well for the side with 7 points from the opening 12, following promotion last season. Captain Andrew Hawkins was happy with the solid performance and was pleased to be in third place after expecting a season battling against relegation. Their sights are now set on upsetting the 2nd team as they meet next week. The 3rd team will certainly be aware that victory over their teammates will place them above their opponents, who are currently top, adding further importance to the fixture. Hawkins promised to make sure the 2nd team had to fight to prove their worth.
Top of the table Manchester women’s 2nd’s faced second place University of Chester in an encounter that promised much. Surprisingly however an even contest never developed. Manchester raced to a 6-0 lead before dropping the last two rubbers when the game had already been won. This disappointment should not overshadow a dominant display against a Chester team who appeared well out of their depth. The ladies team have won their opening three fixtures in the Northern 3A table. The performances are even more remarkable as they are currently without a captain and the season looks set to end in success. Hopes remain that the 2nd team’s victories can spread to the women’s 1st team who are currently struggling in the premier division following the loss of several key players.