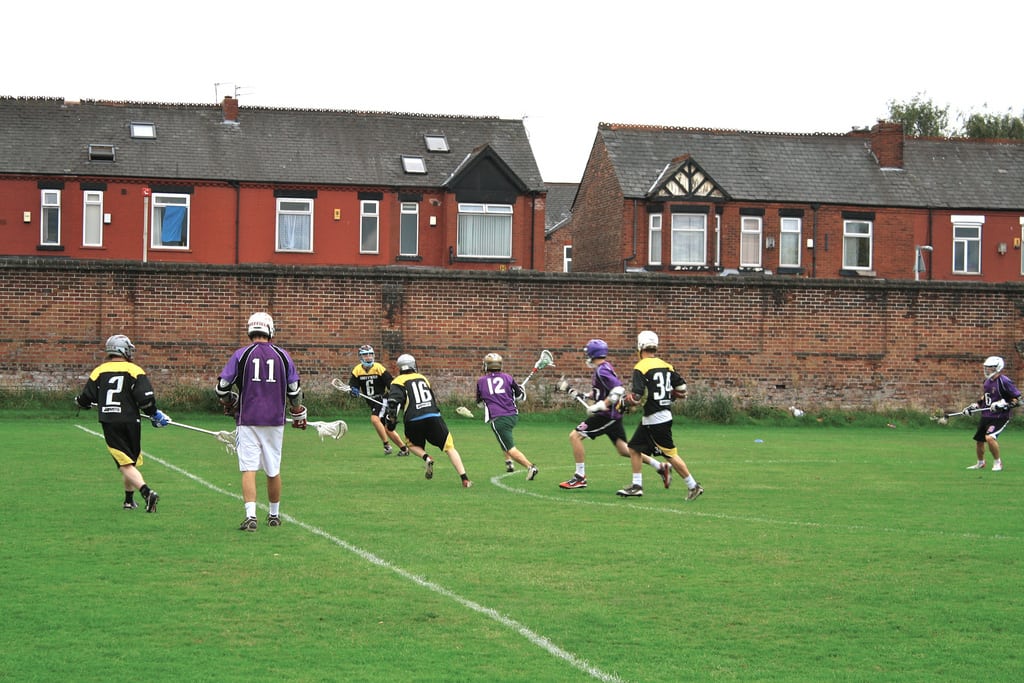 Manchester women’s first XI have had an impressive start to the season and are undefeated this far, leaving them sitting comfortably in 2nd place behind Sheffield in BUCS Northern 1A division. Captain Hannah Cobbold has much faith in her squad for the season and comments that “the attitude in the team is much better than last season; I have found that the motivation and commitment is here and I aim to win both the league and cup this year.” Confidence was therefore high going into the first round cup match against Liverpool John Moores 1st who also happen to be in their league.
The game kicked into life immediately as Manchester surged up the pitch with rapid and direct passing and within 47seconds in form England International Sophie Crosley fired into the back of the net leaving Liverpool stunned. Manchester didn’t rest on their laurels however and several minutes later excellent passing around the top of the d opened up the static Liverpool defence allowing centre midfielder Bex McGuiness to tuck away a second from close range.
Liverpool just couldn’t seem to clear their lines properly and frustration was clearly setting in, most noticeably when their right back was green carded for challenging with her stick over head-height! Soon after Manchester were once again pressuring in Liverpool’s danger area and forced the second penalty corner of the game that was expertly converted by Crosley who had clearly had her shooting stick with her. John Moores were finding it hard to string sequences of passes together and get out of their own half. They squandered possession with panicked long hits from defence which bypassed their midfield, going straight to Manchester’s defence who were expertly dealing with them. Right back Laura Timms was the star here with excellent ball distribution.
Manchester continued to press and excellent running by Crosley through the heart of the Liverpool defence set up the fourth goal for this seasons leading goal scorer Lorna McMullan who celebrated passionately after scoring. Liverpool did show signs of pressure on goal towards the end of the first 35, however Irish International goalkeeper Helen Stevenson very calmly stopped the ball and cleared her defensive lines with a big kick up field leaving Manchester with a 4-0 advantage going in at half-time.
Despite the comfortable lead Cobbold lead a passionate team talk at half time urging her team on, especially highlighting that the team should not be careless and sloppy in play. This had a direct impact on the opening of the second half, which saw the skipper doggedly winning a penalty corner in a tussle with Liverpool’s centre of defence. From this a powerful shot was thrust towards goal and was only stopped due to Liverpool desperately trailing out a foot which resulted in a penalty flick being awarded. Cobbold herself calmly stepped up and elegantly swept the ball into the bottom left hand corner leaving the goalkeeper with no chance.
Manchester were now in cruise control and Mullan clearly had one thing on her mind when she picked up the ball just inside the Liverpool half. She fantastically zig-zagged her way through the Liverpool defence, neatly controlling the ball and then let an absolute rocket of a shot fly into the back of the net from long range. Shortly after Mullan finished an impressive hat-trick after putting an end to what seemed to be a game of pin-ball wizard inside Liverpool’s d. Manchester were now 7-0 in front but were in dogmatic mood. The impressive Laura Timms who had been as solid as a rock in Manchester’s defence possibly had grounds to feel a little hard done by as she found herself on the receiving end of green card for hitting out with her stick. However this was a momentary blip in her excellent contribution to the game.
With only 10 minutes left Manchester pushed forward in the hope of snatching a few more goals and their efforts were rewarded with an excellent goal from an acute angle by Bex McGuiness. A few minutes later the superb Crosley rounded off her performance with a hat-trick by crashing the ball stunningly into the back of the net, completing a 9-0 victory.
An all round superb performance from Manchester Women’s Hockey First XI, and head referee Tony Davies commented at the end of the game that Liverpool “were quite literally overpowered by Manchester, I was very impressed with the women’s performance and an excellent standard of play for me to umpire.” Manchester sail into the next round of the cup, where hopefully they can send the next team crashing out as they did here!