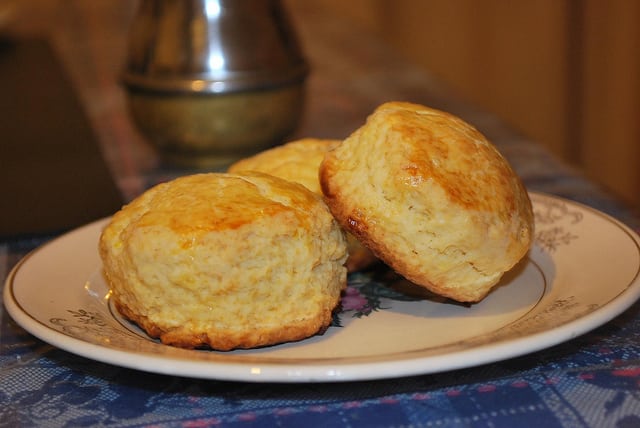 Having lived in the South for my entire life, I can safely say that on my arrival at Manchester, I was completely unaware of just how much the northern dialect differs from my own.

I’m pretty sure that many Northern students were equally unprepared for my elongated ‘Rs’ and pedantic references to ‘scons’ rather than ‘scones.’   Whichever way we look at it, we cannot deny that there is a Northern/Southern divide between students and it undoubtedly crops up on a daily basis for many of us.

The divide first reared its ugly head for me during the first month of University when an evidently charming young man from Leeds stopped me mid-sentence and told me, in all seriousness, that my accent “made his skin crawl.” As funny as I found this at the time, it does seem to reinforce just how noticeable the divergence between Northerners and Southerners actually is:  particularly within the social environment that University has to offer.

Over the course of the year I’ve realised that the divide mostly revolves around food and drink, both of which form a crucial part of an average student day.  During Fresher’s week (r Welcome week as the preferred term), I attempted to bond with the girls in my flat by suggesting that we bake some fairy-cakes. Little did I know that there is no such thing as a ‘fairy-cake’ in the North.  I soon learnt the error of my naïve Southern ways when my Yorkshire friend politely corrected me with: “what the hell are fairy-cakes! These are buns mate! There’s nothin’ fairy about buns!”

Now, any Southerner understands that a bun is a savoury bread product, often used in the making of bacon sandwiches (not butties!). Believe it or not, this debate is still going strong a year later, and I remember getting so confused by the use of both dialects that I once referred to the cakes as ‘fairy-buns.’ If the Northerners and Southerners in my house can agree on one thing, it’s that ‘fairy-buns’ definitely do not exist.

Another primary source of disagreement is the difference between dinner and tea. Whenever I hear the word ‘tea’ I think of throwing a load of hot water in a mug with some milk and sugar. Whenever a Northerner hears the word ‘tea,’ they think of the third meal of the day.

The Southerners in my house have gone to great lengths to insist that the third meal of the day is referred to as dinner. Apparently, in the north, dinner means lunch and a cup of tea is a ‘brew.’ You’d never think it could get this confusing.

As irritating as it must be for Northerners to put up with the elongation of every vowel, and equally for Southerner’s to listen to expressions they’ve never even heard of, you have to admit that the divide is definitely a source of some laughs.

At some point in every house party, I’ve made a new friend simply through the light-hearted ridicule of one accent or another (mostly my own!), and some of my closest friends are from Yorkshire. The point is that at the end of the day, who cares if it’s ‘dinner’ or ‘tea’, ‘barrth’ or ‘bath’, ‘bun’ or ‘fairy-cake’… we all pronounce ‘vodka’ the same and, at University, that surely counts for something!