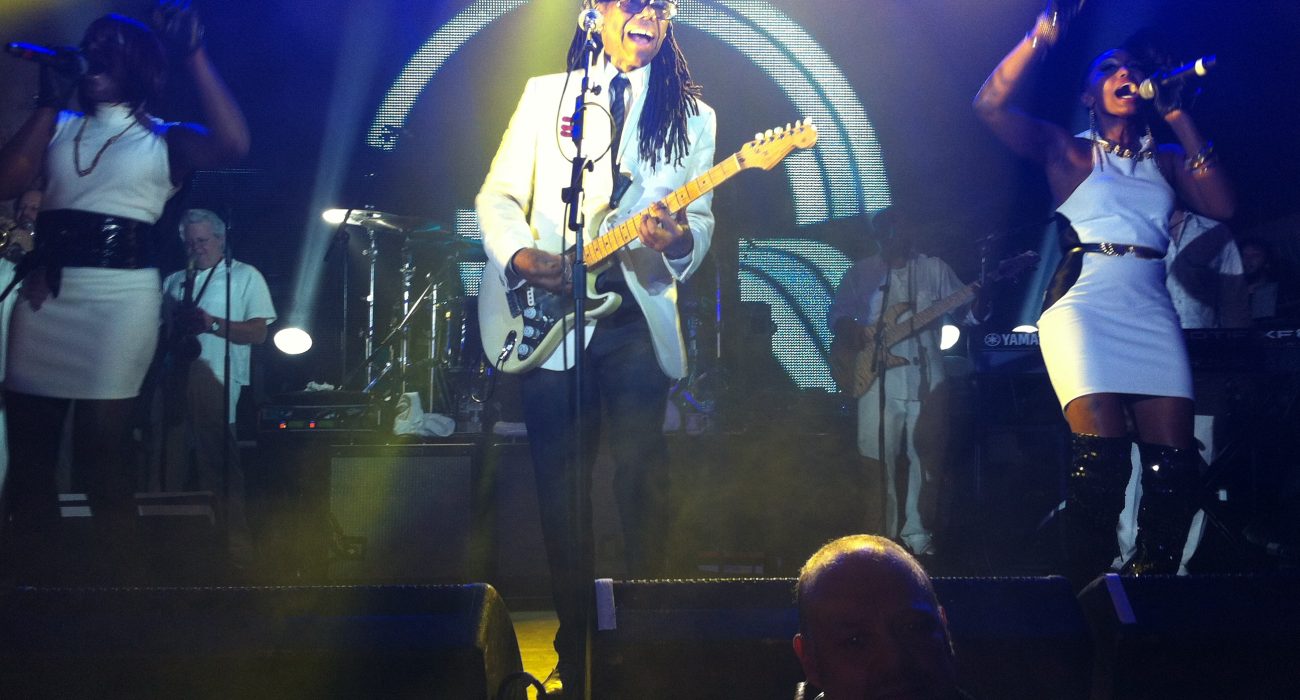 Do not panic, you are in the Arts section not Music you haven’t lost the plot. We in the Arts section thought Le Chic deserved a spot in our art-hearts too, they’re more than musical genius’s, they are Le Chic. So crank up your ipod, pop on a head band, whip your hair back and forth and enjoy our wee take on when Le Chic did Warehouse.

The end is almost nigh at the Warehouse Project Manchester. The stumbling crowds that ooze out from underneath the crevices of Piccadilly train station in the early hours of each weekend will soon be no longer.

From September to New Year’s Day each year Warehouse Project has been a huge part of many students’ weekends; since 2006 people have travelled from far and wide to witness some of the most talented DJ’s that walk this earth.

This night was no different. Travelling from as far as Fallowfield, a friend and I had one too many beverages and made our way to the underground haven which we had grown to become all too familiar with in our time at university.  The line-up screamed a good night and did not fail to deliver.

Iconic 70’s R&B band Le Chic busted out every cheesy song you’ve heard on television adverts; Good Times, We Are Family and the finale Freak Out made everyone, from the sweaty dancing twenty year olds to the fun forty-somethings at the bar, lose all previous inhabitations.

The atmosphere they created was like no other I’ve experienced at Warehouse and the night hadn’t even got started yet. The likes of Jeff Mills supplied an above average set and rigorously warmed up the crowd for the highlight of the night.

Simian Mobile Disco blew all other acts out of the water; being finally able to dance to the music I’d waited all night to hear, all my senses were surrendered to the amazing light show, and the two DJ’s continued to win over the crowd with such favourites as Audacity of Huge and Hustler.

The night, like every Warehouse night, was legendary, and  we once again felt the urgency to obtain more tickets for our underground favourite before we bid a final farewell. So reserve your place in a little bit of Manchester’s history, in the place where no two nights are ever the same.