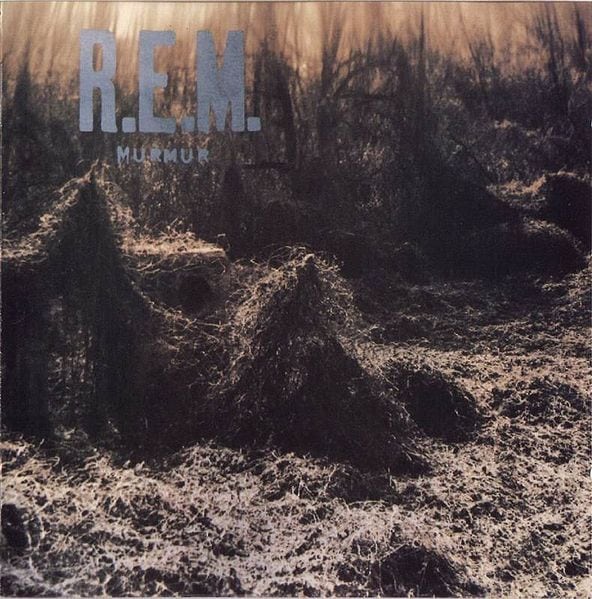 I got my first ever CD player when I was 10. As a complementary (and cheap) present, my brother copied three R.E.M. albums for me – Automatic for the People, Monster and their debut effort, Murmur. These were the first records that I can remember listening to alone in my bedroom, from start to finish. I wouldn’t like to choose a favourite between them, but if I was being forced at gunpoint I’d probably have to go with Murmur. It not only has the fresh intensity that any self-respecting band’s first full studio release should have, it also marked a new direction in American music by stoking the emergence of alternative rock in the early 80s.

Now, if you thought that Michael Stipe was always bald then please refrain from jumping to the conclusion that R.E.M. were always the type of band that your mum would listen to whilst washing up the dishes. In fact, Stipe had a full head of hair when Murmur was released in 1983; a record which was made by four young students, primarily for young students. The coarse quality of the album was achieved by disregarding the contemporary need to rely on over-the-top solos and sapless synthesisers. Instead, Stipe’s heartfelt croons are perfectly accompanied by Mike Mills’ melodic basslines and Peter Buck ‘s chiming lead guitar. The mumbled lyrics in tracks like ‘Radio Free Europe’ and ‘Sitting Still’ are almost indecipherable, but it really doesn’t matter because you somehow feel everything he’s muttering on about.

You might class ‘Laughing’, ‘We Walk’ and ‘Catapult’ as simple pop songs, but they each pack an undeniable punch that hits deeper and deeper after each listen. These tracks in particular, as well as ‘Pilgrimage’ and ‘Shaking Through’, display the raw chemistry that existed between the members of the band at this time. The way that Stipe, Mills, Buck and Berry seem to bounce off each other is testament to the fact that they were all given equal song-writing credit on each track. They were all in it together, combining their individual and inimitable strengths in order to produce an album that ultimately helped to change the course of rock music forever.