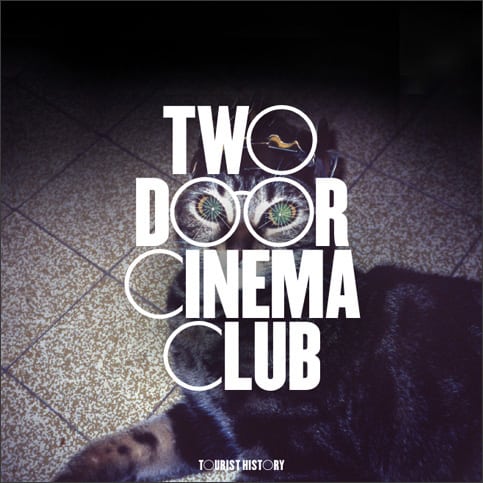 You might wonder how anyone could hate these nice, polite chaps from Northern Ireland, especially when they come so beautifully packaged and presented. Well, as someone who is completely against flogging of any kind, I really do take umbrage with the metaphorical ‘dead horse’ of which indie music has become. Two Doors music, for me, goes hand in hand with the people who champion it – I mean has anyone ever said, “Yeah he’s a great laugh; he likes Two Door Cinema Club as well you know”. With the world’s population approaching 7 billion, I do appreciate it is hard to stand out, but when a band blends into the background so nicely, one has to question their musical intentions and whether in 40 years time they can look back on their career with any ounce of pride.

There seems to be a formulaic pattern to their song writing, with 99.9% of they’re songs featuring a jangly, riff played way up past the twelfth fret, and of course you’ve got that signature drum pattern which Two Door must be getting endorsed to use or something. As for the lyrics, I get the feeling that I’ve heard every single line before, something that should be apparent to anyone who has spent an evening in 5th Ave or any indie night for that matter, and has subsequently gone on to contemplate hanging themselves, out of pure shame, with their own token pair of chinos.

I expect the majority of people will be in complete disagreement, but who made music a democracy? There are people who listen to music in clubs and people who have a passion for music, whether its Metal or Jazz Fusion, and Two Door Cinema Club will never find themselves among the latter. I’m sick of bands with nothing interesting or new to say, delivering the same old riffs, dressed in the same old clobber. Please, do something different! I’ll always have infinitely more respect for Lou Reed making Metal Machine Music and collaborating with Metallica than any indie clone band.