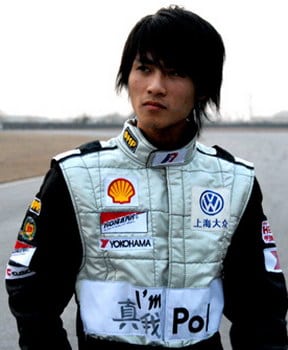 Where Are They Now? – Benito Carbone

A popular journeyman of the Premier League era, Benito Carbone’s career was defined by one memorable performance against Leeds United back in January 2000. In a televised fifth-round FA Cup tie, Carbone almost single-handedly guided Aston Villa to a 3-2 victory, scoring all three goals as he tormented Michael Duberry and Jonathan Woodgate, two of the finest centre-backs in the country at that time.

The performance was capped by one particularly memorable moment. With Villa trailing 2-1 midway through the second half, a routine clearance fell to the feet of Alan Wright on the left wing, who laid the ball on to Carbone, standing 35 yards from the Leeds goal. The little Italian looked up, and, seeing that goalkeeper Nigel Martyn had strayed slightly away from his near post, briefly assessed his options before unleashing an extraordinary, curling effort right into the top left-hand corner.

To an impressionable six year-old, watching at home on television, the goal was audacious enough, but it was the celebration that was most captivating – the confident demeanour, head down, arms raised aloft, an expression of complete control as he gnawed away furiously on his chewing gum. It never occurred to me that this self-indulgent, ‘look at me’ attitude may have been perceived as being arrogant; I was simply in awe of his belief that a 35-yard screamer deserved to be celebrated with an effortless swagger, rather than the customary mindless sprint. Watching it back now, it reminds me of that classic Eric Cantona pose after his chip against Sunderland; composed, self-righteous, seemingly baffled by the euphoria of the crowd.

Once touted as one of the leading youngsters in Italian football, Carbone never really fulfilled his potential. Spells at Sheffield Wednesday, Bradford, Derby and Middlesbrough did little to enhance his international prospects, yet affirmed his cult-hero status among many English fans. He eventually returned to play in Italy, before completing an unsuccessful stint as manager of Varese, where he was sacked after less than three months in charge.

A likeable and charismatic professional, Carbone’s tale is, in many ways, a typical story of hard luck and missed opportunities. Perhaps he might take some solace in knowing that, despite never having graced the biggest stages of the European game, there is still one nostalgia-junkie out there who remembers scoring in the playground and raising his arms aloft, bowing his head and chewing away on his imaginary gum in celebration.