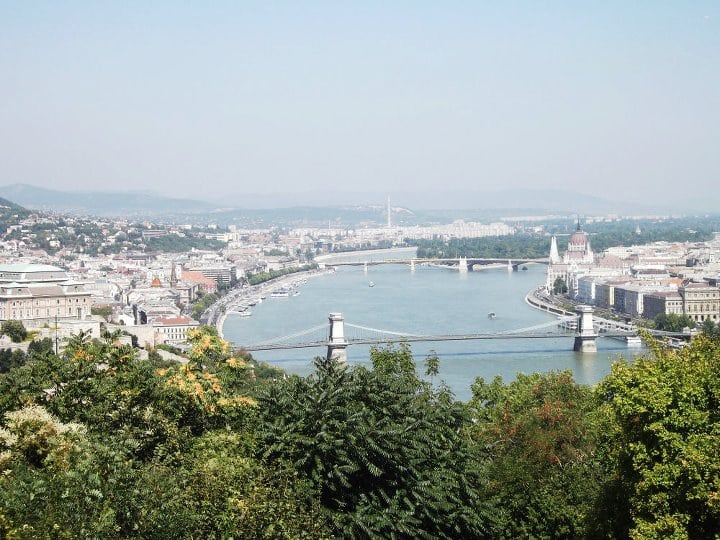 View from the Citadella

Budget city breaks are hard to come by. Even if you’ve nabbed a cheap Eurostar ticket to Paris or been enticed by some supposedly inexpensive EasyJet flights to Barcelona or Berlin once you’ve arrived things don’t seem to stay quite so within the comfort of your purse strings.

Budapest, however, poses a solution. Cheap to get to and even cheaper when you’re there. With pints of beer for less than a quid you could happily reside in one of the riverside bars for your entire trip and remain content. Don’t, however, as there is much to see and do.

On the Buda side of the Danube river visit the Royal Palace at the top of Castle Hill for impressive architecture and the Citadella for an almost aerial view of the entire city. Downtown Pest hosts some striking architecture of its own with the Parliament Building, St. Stephen’s Basilica and the Great Synagogue. It is most famous though for the its range of thermal baths. Szechenyi bath and spa present a whole range of indoor and outdoors baths with various medicinal purposes – a must all year round.

Quirky bars and restaurants scatter the city to cater to your hipster needs. When eating out  you must try some traditional Hungarian goulash, a good meal out will cost you less than a tenner all washed down with a pint of 50p beer.

Budapest is, of course, not all Hungary has to offer. Lake Balaton in the west is the largest freshwater lake in Central Europe and serves as the perfect spot for an activity filled adventure.